It is absolutely possible to make a pizza without a pizza stone, but you might be giving up some very subtle differences in the texture and flavor.  If you don’t own a pizza stone, though, you can still make perfectly good pizza.

For many years, it was believed that pizza originated in Italy; Italian housewives used the recipe to clear out leftovers from the week.  To the leftover dough they would add the week’s leftover tomato sauce and cheese, then cover the rest of the pie with assorted scraps of meat and vegetables.

The result was something that most Italian kids weren’t too excited to eat. Today, however, this recipe has morphed into familiar and beloved dish all over the world.  Families from Algeria to Zimbabwe have their own versions of the dish, with pizza recipes adapted to a wide variety of local cuisines.

Gourmet pizza, however, tends to feature the flavors of Italy.  Dough made from Italian northern wheat, fresh or aged mozzarella, and meat and vegetables from the country are considered to be the “traditional” version of this recipe.

But if you consider that this recipe was originally used to just get rid of leftovers, the most traditional version is one where each household uses whatever they have on hand to make their pizza.  That means that if you don’t have the exact right type of dough, cheese, or a pizza stone, you can still make a pizza.

Table of Contents show
Why Use a Pizza Stone?
Alternatives to a Pizza Stone
1. Sheet Pan
2. Grill
a. Open Flame
b. Oven
3. Microwave

Why Use a Pizza Stone? 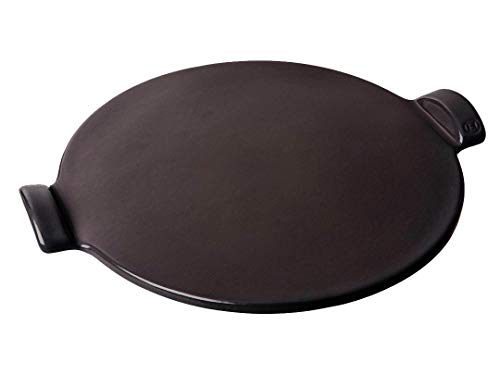 Pizza stones are round or rectangular slabs of a stone with a high heat tolerance, usually granite or some other ceramic.  Traditionally, pizza stones were made from clay, and it is still possible to find clay versions available on the market today.

Stone has the unique thermodynamic property of heating up quickly yet releasing heat slowly.  This means that a stone will get hot very fast, but release the heat slowly over time into the food that is being cooked on top of it.

In practice, this means that a pizza being cooked on a stone will cook evenly.  The pizza dough will get hot quickly and all the areas of the pizza will cook at the same time; the stone allows it to cook more evenly.

Once the pizza comes out of the oven, the pizza stone will hold in heat for a long time, keeping the pizza warm but not allowing it to continue cooking to the point that it will burn.

Once cooking is done, the pizza stone is relatively easy to clean.  Depending on the exact type of stone used, it can be wiped off and stored almost immediately.

Many types of pizza stones must be seasoned, that is, they have a layer of oil baked into them, which allows the pizza to cook on the stone without becoming stuck to it.  Well-seasoned stonewear will rarely need to be sprayed or floured before being used.

Alternatives to a Pizza Stone

If you don’t have a pizza stone, don’t worry.  You can use several other methods to cook your pizza.  Be aware, however, that each one will have its own advantages and disadvantages. 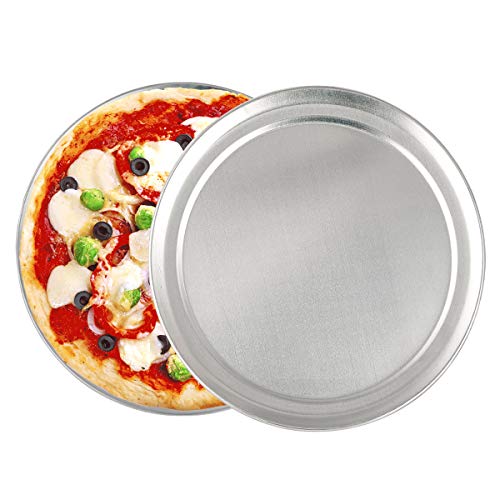 If you don’t have a pizza stolen, one of the most common methods to cook a pizza is to place it on a sheet pan.  Metal pans will heat up very quickly and release their heat very quickly.

This can lead to some areas of the pizza heating up quicker than others, particularly if the dough is uneven and touches the pan in only a few places.  Essentially, if a pizza is being cooked on a metal pan, watch it carefully to ensure that it does not burn.

Metal pans will need to be sprayed before placing raw pizza dough on them.  If you are using a non-stick pan, be sure to reduce your oven temperature by at least 25 degrees from the directions on your recipe.  Also pay attention to what type of oven you’re placing your pizza in.

Convection ovens are usually better for cooking pizza because they allow heat to reach all parts of the pizza at the same time.  Conventional ovens can make a perfectly good pizza, however.

Fire-grilled pizzas are a preferred method of cooking pizzas, but few people have ever attempted to do it on their own.  To truly try it out, you will want to place the fully-prepared pizza directly on the grill.  Using a pan is possible, but placing it directly on the grill will give it a very unique flavor. 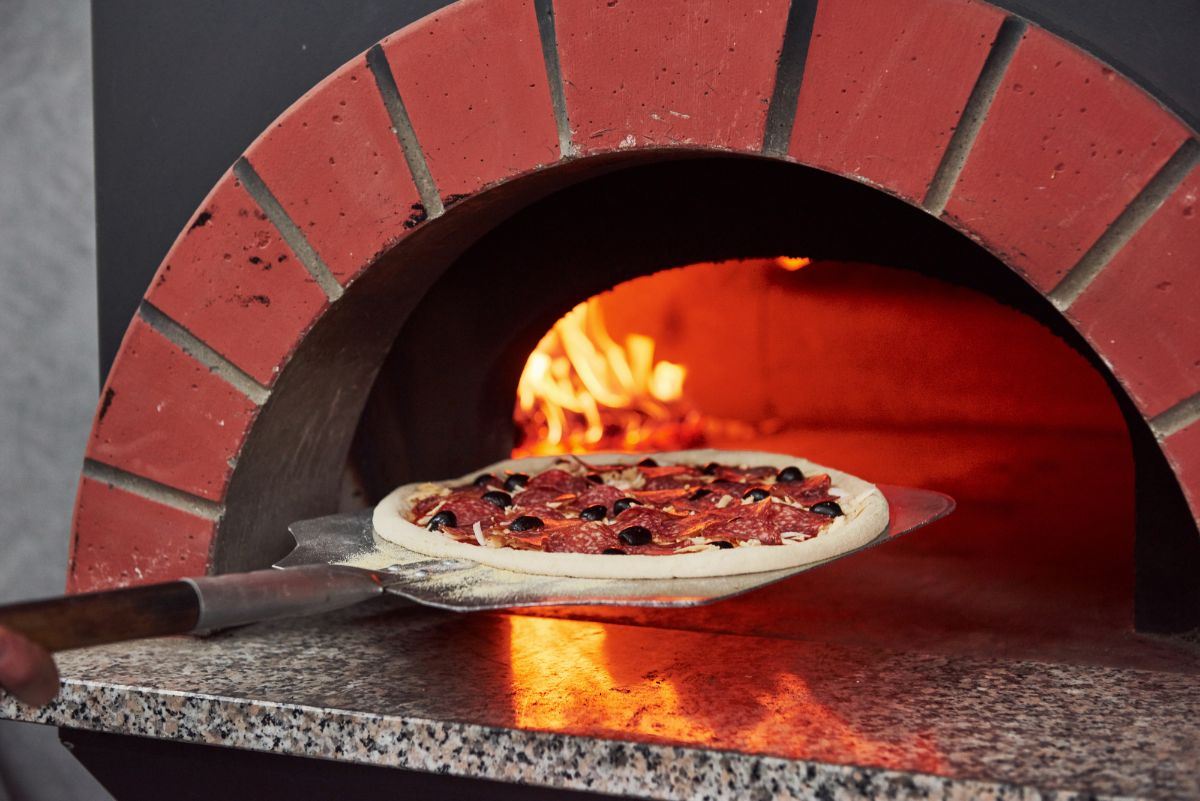 The pizza will cook evenly if you have a wide enough bed of coals that is producing a steady amount of heat; an area that is too small will result in a pizza that is only cooked in the middle.

See also  Pizza stone vs Pizza pan: Which is better?

This is one of the trickiest methods to master, so try smaller pizzas before cooking larger ones.  The result, however, is a pizza crust that will absorb the flavor of the wood it was cooked over. 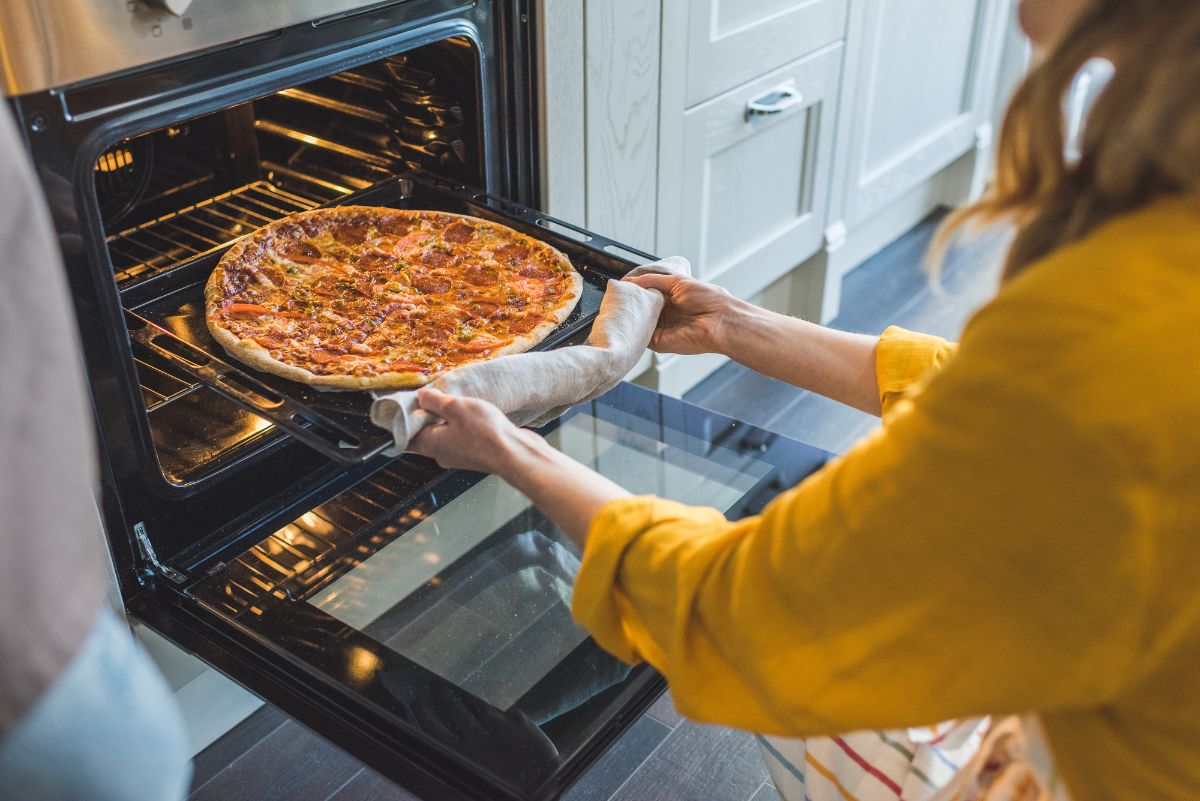 If you don’t want to cook a pizza over an open flame, you can also place it directly onto the rack of your oven.  If you use this method, be sure to watch your oven temperature carefully. 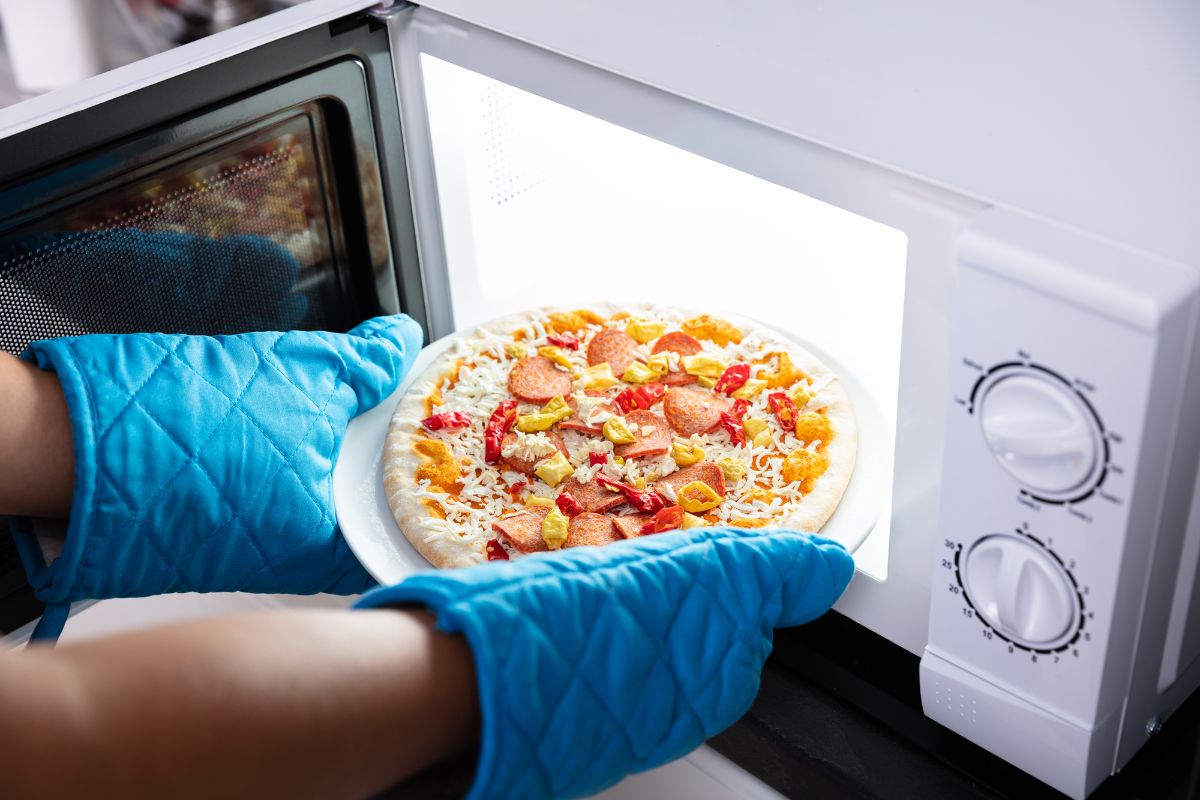 Yes, it is possible to cook a pizza in the microwave, but it is not recommended.  Cooking raw dough in a microwave will cause it to cook very unevenly.  Using a microwave to warm up pizza is a better option, but it will tend to produce warm and cold spots.