There are a lot of debatable additions that go on top of pizza. Depending on where you are from and your personal preferences, this can be quite a hot-button topic. However, it seems that putting parmesan on pizza is more on the innocent side of the toppings debate.

Of course, the easiest and most widely accepted way of answering this question is to say that really, you can put anything you want on a pizza. Toppings are in the hand of the eater.

However, does that make it a good decision in the eyes of someone who has some say, perhaps a proper Italian?

Do Italians Put Parmesan on their Pizzas? 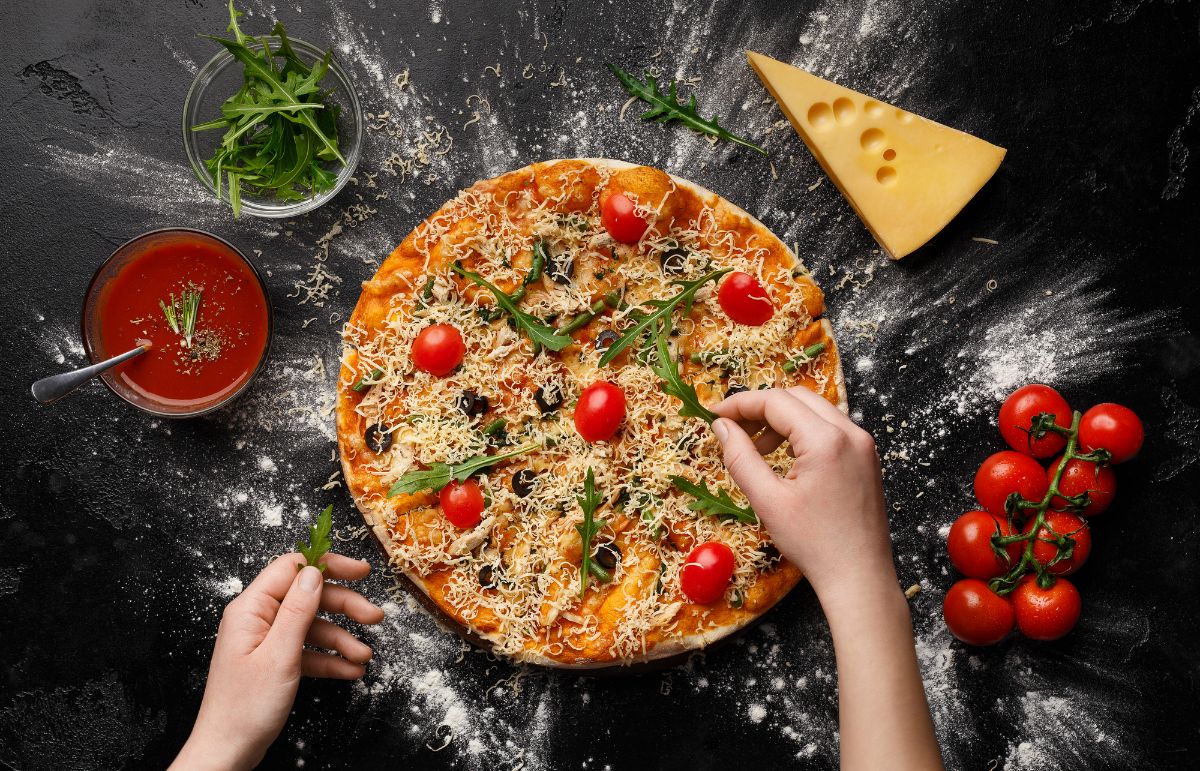 If you’re wondering why we’re taking the opinion of a nation, it might be because the cheesy goodness we’ve grown to love in America has its heritage there. Funny enough, a not-so-cheesy heritage.

To start with, pizza is generally accepted to have originated in Naples, Italy, around the end of the 1700s. Although, it should be noted that the word ‘pizza’ has been around for over 1,000 years.

It would also be fair to mention that there is a legend of the delicious goodness that involves famed explorer Marco Polo, pizza, and China. Historians have not come to a consensus. I digress.

It would be most beneficial for our purposes to make a distinction between parmesan options. For many Americans, when we think of parmesan, we envision a green container with dehydrated cheese inside.

We use this grated parmesan on all our pasta dishes and even pizza. However, this isn’t something you’d typically find happening in Italy. Is it because they don’t like parmesan? Well, not exactly.

That bottle of shaky cheese in the store is not exactly what Italians would likely consider proper cheese. Parmigiano Reggiano is aged cheese made from skimmed milk that is hard but granular to the touch. It comes in a wheel or wedge and they aren’t particularly difficult to find in the states.

This tasty substance is not banished to a plastic jar. When this cheese is used, it comes directly from the source. “Most Italians will tell you that Parmesan should be freshly grated by hand,” Joseph Rauch of Public Goods explained.

Now that we know what kind of parmesan they would use, would you see it on an Italian pizza? Not necessarily.

What Kind of Cheese Goes on an Authentic Pizza? 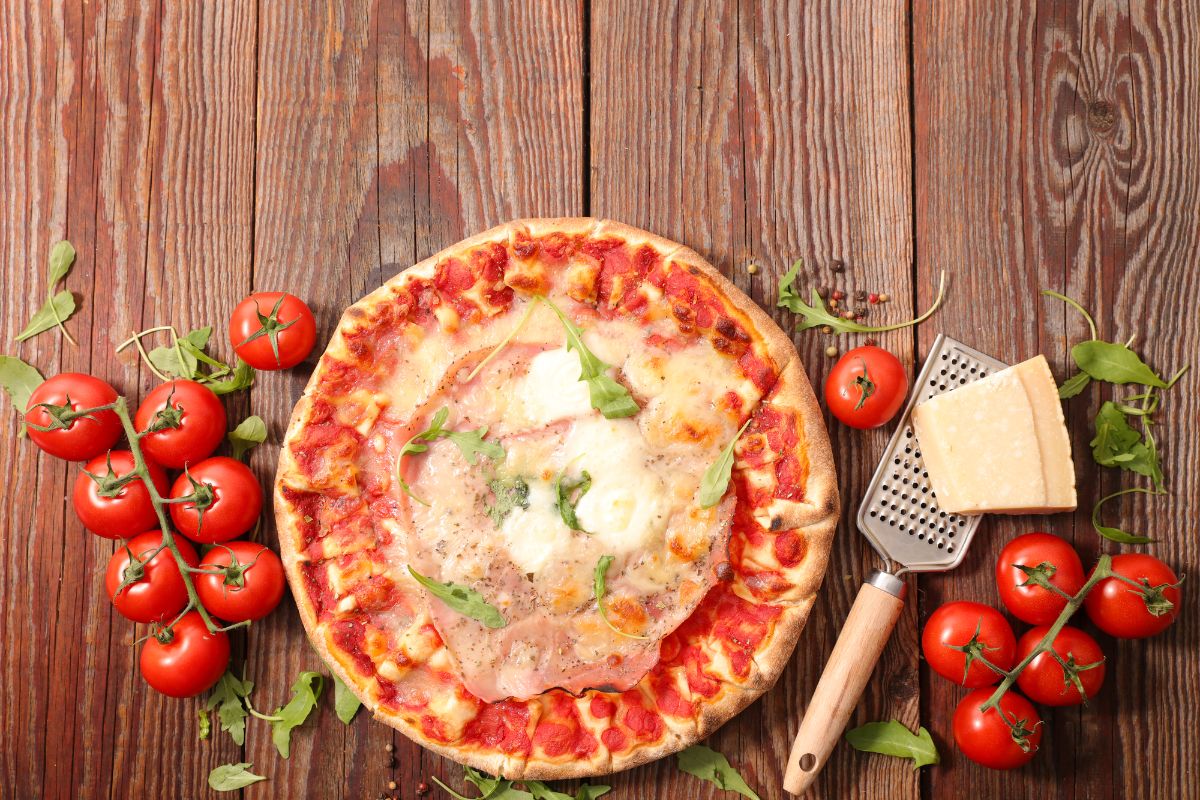 Another big change Americans have made to pizza is the massive amount of cheese. That’s not just with pizza, though, that’s kind of across the board. We love cheese to the nth degree! Just ask any Mexican restaurant.

Although that might be hard to believe from a country where the representative cheese tastes like plastic, looking at you American cheese.

So, what would you find on a pizza if you had one in Naples? Not parmesan and not what you might imagine. These pizzas look more like a round flatbread order than a pizza. What you’re more likely to get on your plate is a thin crust that’s more crunchy on the edge, and a sauce made of fresh tomatoes, olive oil, garlic, and oregano.

To complete the dish, you’d likely add fresh basil leaves, chopped tomatoes, and more olive oil sprinkled across. But just because we do things very differently in the US, it doesn’t make the pizza bad or not appetizing. We just kind of went wild with it.

That doesn’t mean that they don’t do the same thing in Italy and other places with pizza in the world. That also means that, of course, you’d find newly grated parmesan on pizza there.

Is Mozzarella Better than Parmesan on Pizza? 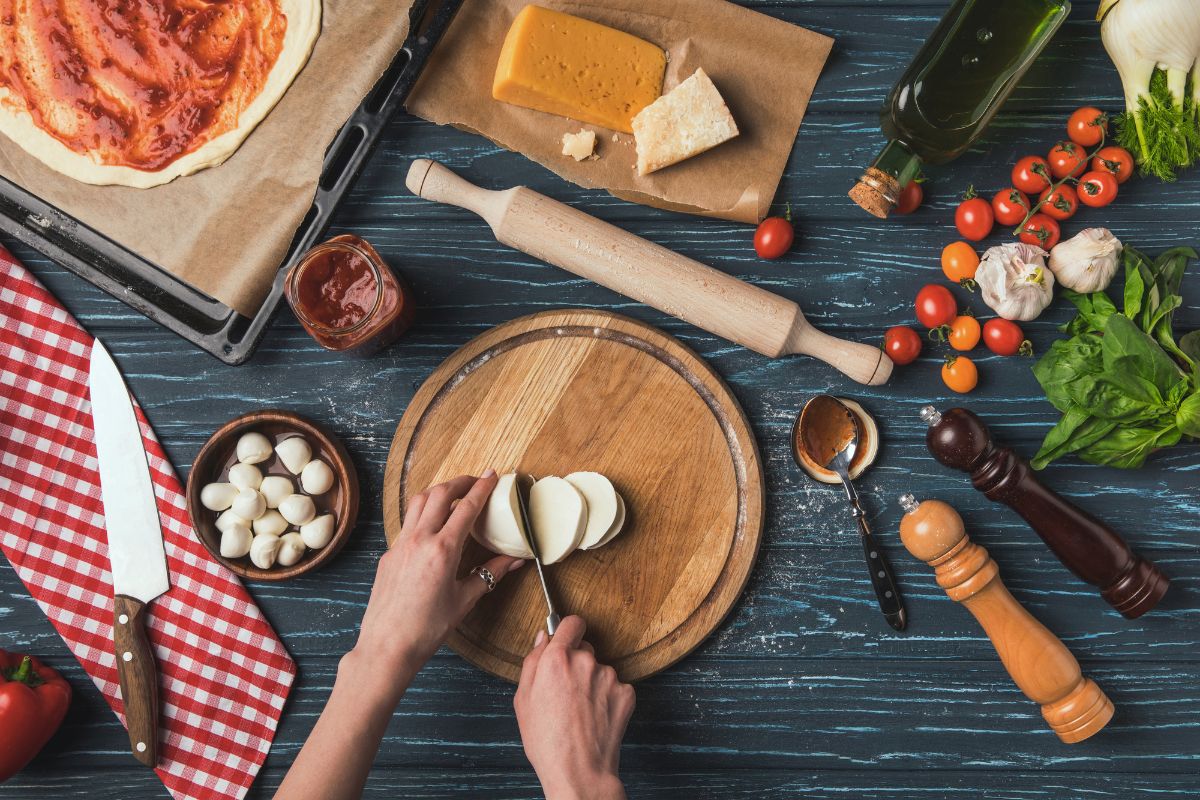 One common denominator for the general idea of pizza is mozzarella. So, in a sense, you can’t have pizza without it. As far as the base of a pizza, parmesan does not provide enough coverage the way mozzarella does when it melts.

The texture alone makes it the best choice as the staple pizza cheese. The more moisture-rich the mozzarella, the more stretchy and more like the iconic vision of our favorite food.

As a topping, parmesan would be a better option for the same reason; it’s not a good base and it doesn’t really melt. “When cheeses like parmesan are exposed to heat, their umami taste is ruined,” Webstaurant Store shares.

It’s a hard cheese with a distinctive flavor. It’s a great addition to things, as mentioned earlier, like pasta, pizza, and even salad. Due to the puddle mozzarella creates in the oven, it would not have the same effect. So, really, there’s room for both in a perfect world of pizza.

Aside from Mozzarella and Parmesan, What Other Cheeses Can go on Pizza?

There are almost 2,000 genres of cheese. They come from a multitude of places, have a variety of colors, and have a wide range of textures.

Before going down a list, it’s easy to take some off due to things like smell, ability to blend, and flavor in comparison to the pizza. Below is an overview of pizza cheese pairings for something unique. 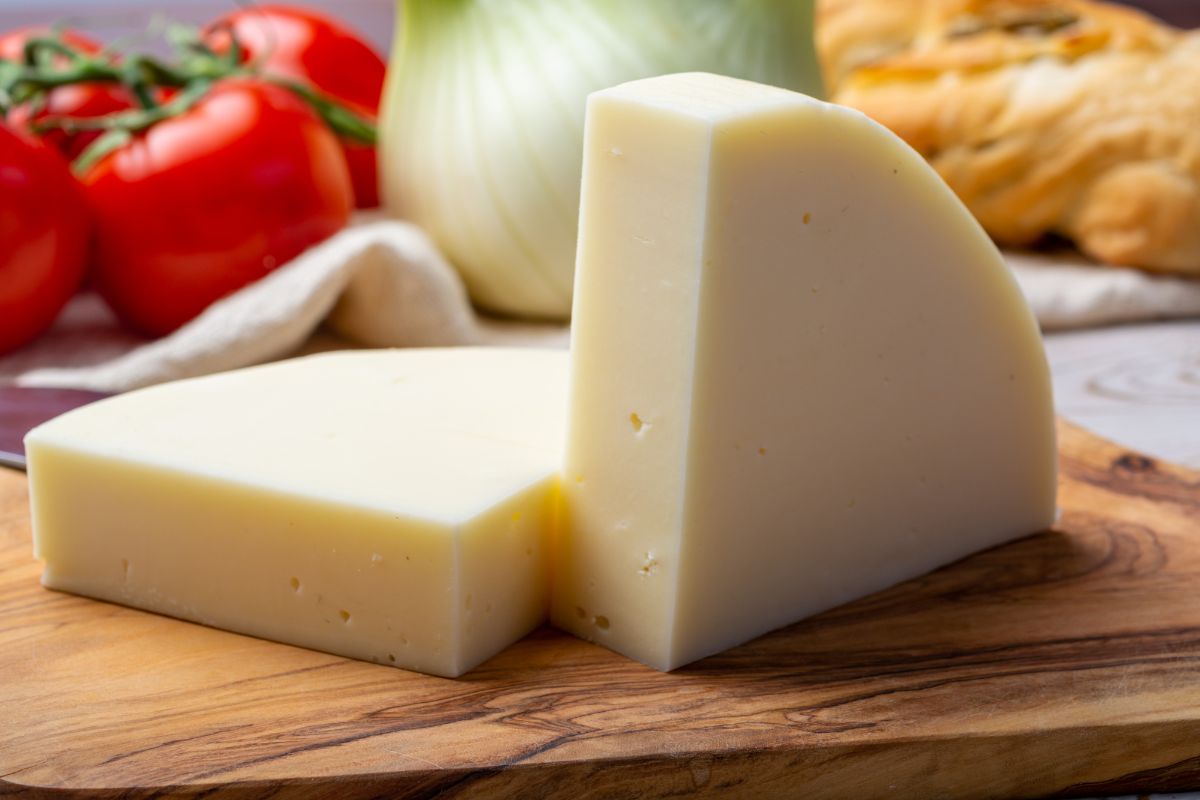 Sliced provolone goes a long way. It typically comes in oblong sections that can be broken up or used to cover larger areas.

This white cheese has a tinge of sweetness, which might go great with more savory toppings to get the most out of the flavors. Popular ingredients to add with it are chicken, spinach, and peppers. 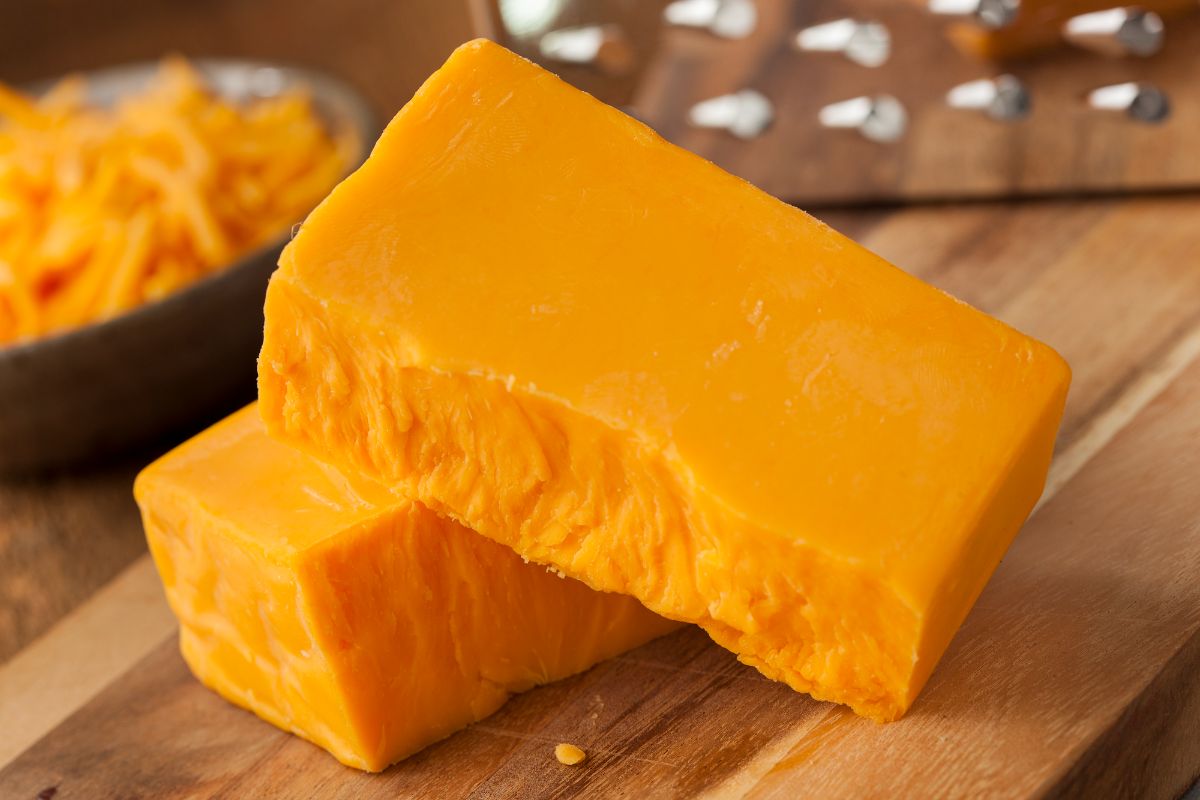 This is another one of America’s favorite cheeses. Like provolone, it can stretch and melt easily. Fun fact, cheddar is naturally white with a yellow tint. The orange that we’re used to is dye because consumers here seem to think that darker cheddar means it’s better, but that’s another subject.

Anyway, cheddar blends nicely with other cheese and comes with sharpness levels, so you can choose how cheddar-y you want your pie to be. Toppings to go along with cheddar are pepperoni, bacon, and black olives. 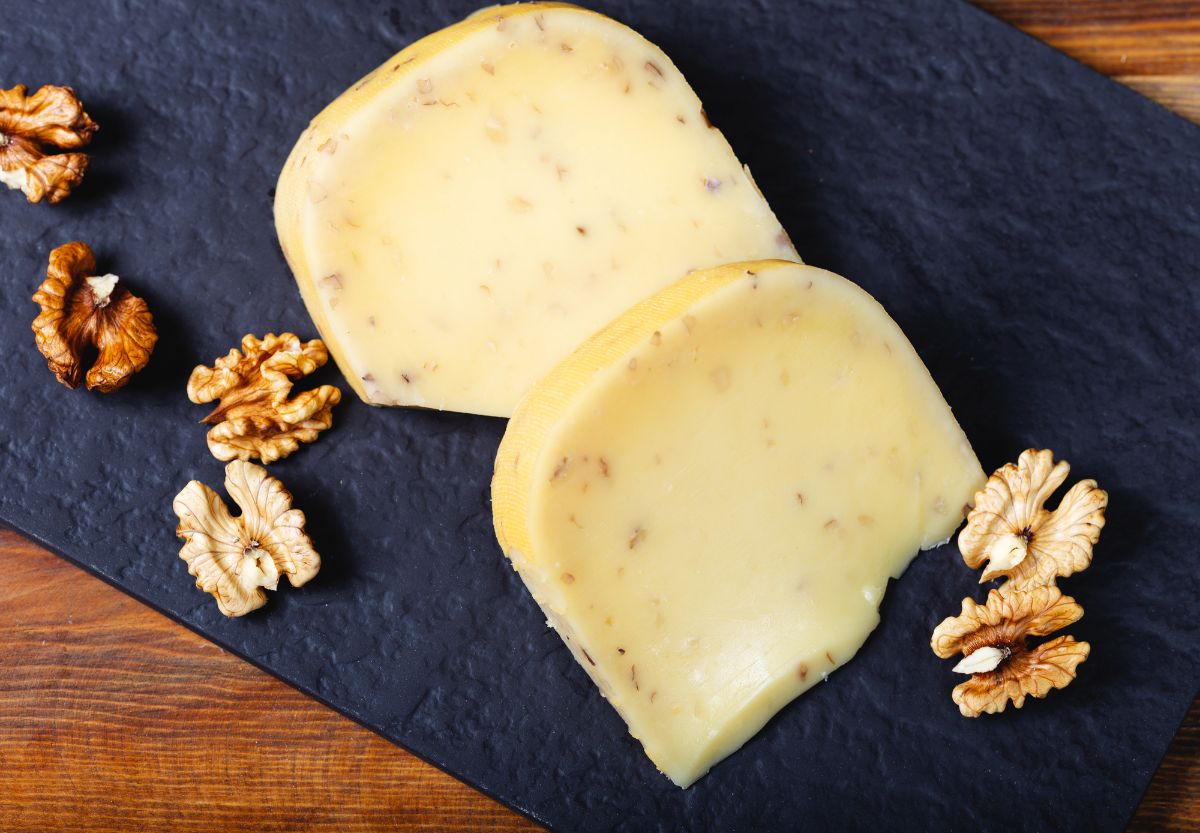 The smokey flavor of gouda can transform a regular pizza into an experience. It takes longer to soften, so don’t expect a stretch, but do enjoy the smoothness of this Dutch option.

Great tasting things to add with gouda are pulled pork, BBQ chicken, and mushrooms. This is the cheese to make any pizza gouda. Okay, I’ll see myself out. 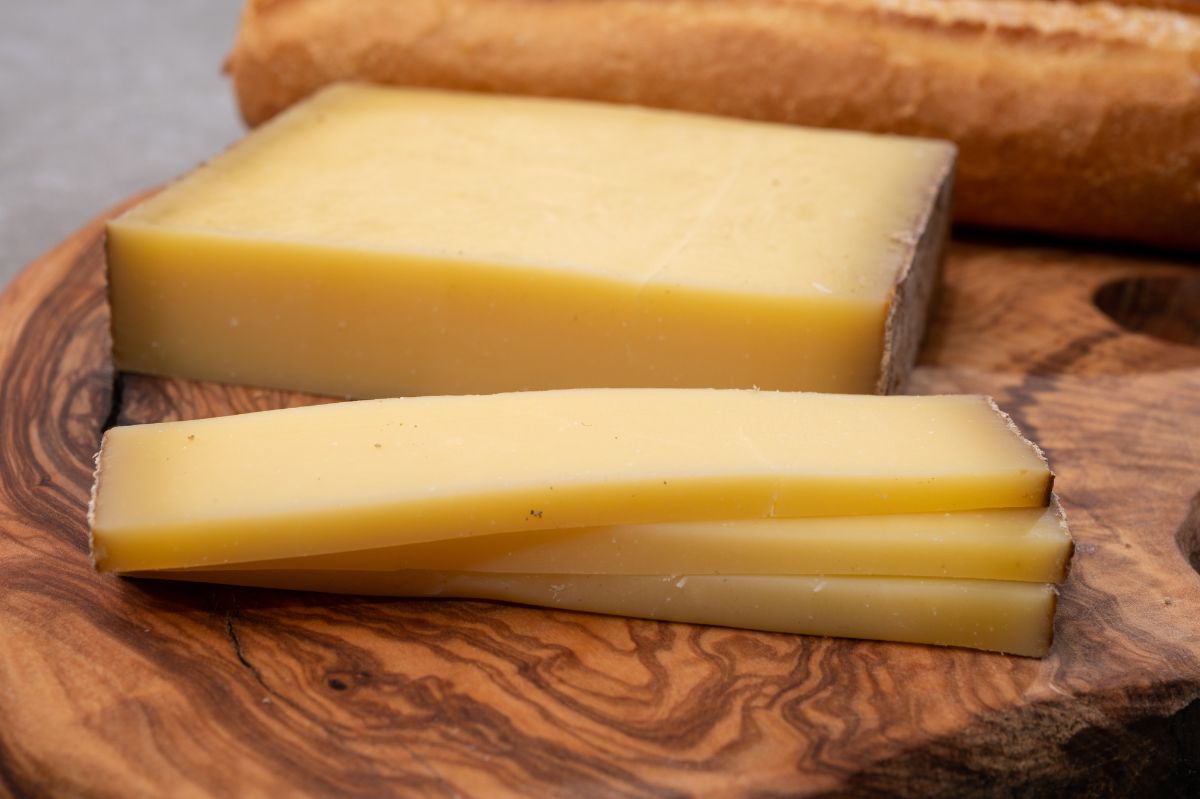 This is the gooiest and stretchiest cheese on the list. The nutty, whole milk cheese selection, gruyere, is often used as a dip for crackers because of how flavorful and easy to melt it is. Indulgence is what you get when layering this on top of pizza.

It’s common to really change things up a bit if you’re putting gruyere on the pie by also using white pizza sauce for a very monochromatic aesthetic. Gruyere pairs well on a pizza with prosciutto, caramelized onion, and sausage. 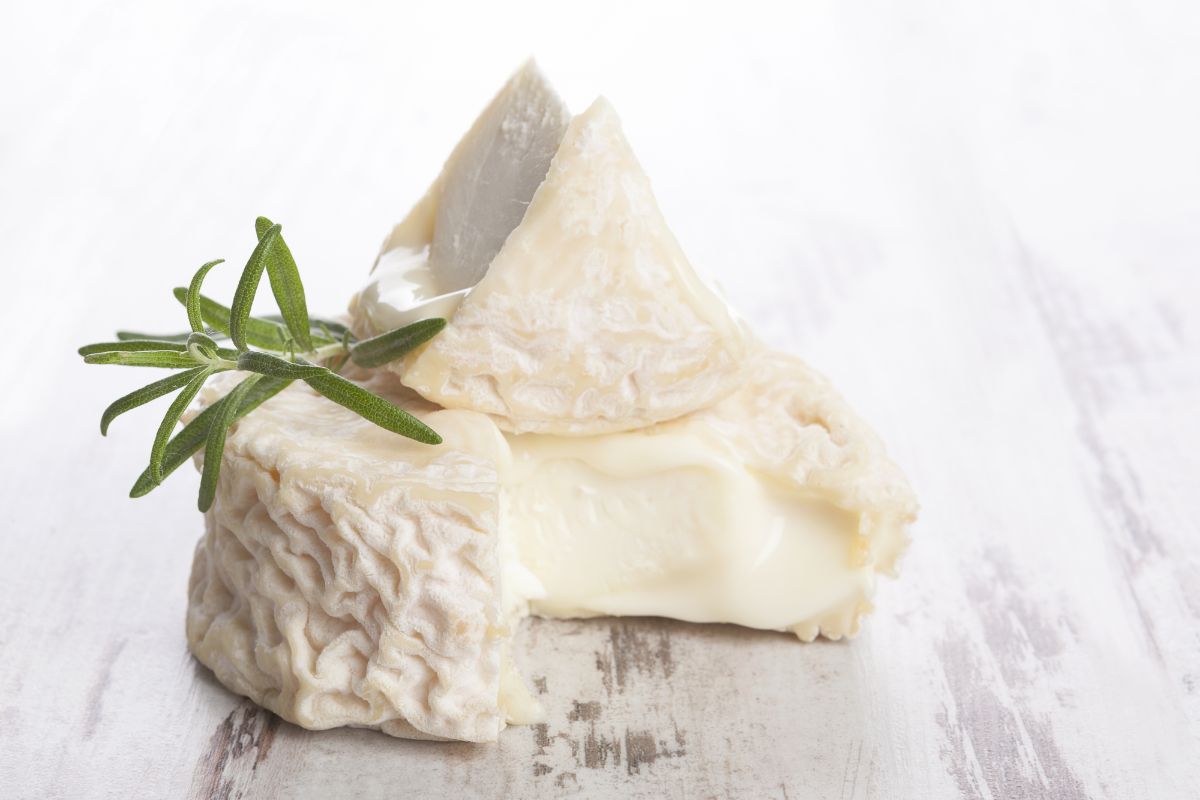 Soft and creamy is how you’d describe goat cheese, with a hint of tart. That makes this type especially good with sweeter ingredients. It does not stretch, it’s more like mozzarella where it pools.

Moisture-rich, goat cheese is an ingredient you would want to be careful of when baking since it separates when it overheats. Try to add figs, arugula, or basil with the goat-cheese pizza.

What are Other Popular Pizza Toppings?

While it’s clear that the most controversial thing about parmesan is whether or not it’s coming from a wedge or from a plastic container, there are plenty of other toppings with more baggage. Consider the pineapple.

Has there ever been a more passionate response to an ingredient on a pizza than this fruit? Perhaps if nothing more than it’s just a fun thing to argue about, pineapple has clearly divided the masses.

Here’s a list of the top five most popular toppings:

Plus the most unpopular: