I love pizza. Most of the time when I want it, I order it from my favorite take-out place. But I occasionally make pizza in my own kitchen. I have made it for dinner parties and for myself.

One of the greatest things about this dish is the flexibility it gives you to experiment. I will have nothing on my pizza but meat. I only have one friend who is a vegan; and so, the only time I have to do without pizza is when I invite her over.

Types of Meat Put on Pizza

Here are some of the most common types of meat to put on pizza. Here, we will go with regular meat and leave out vegan options. 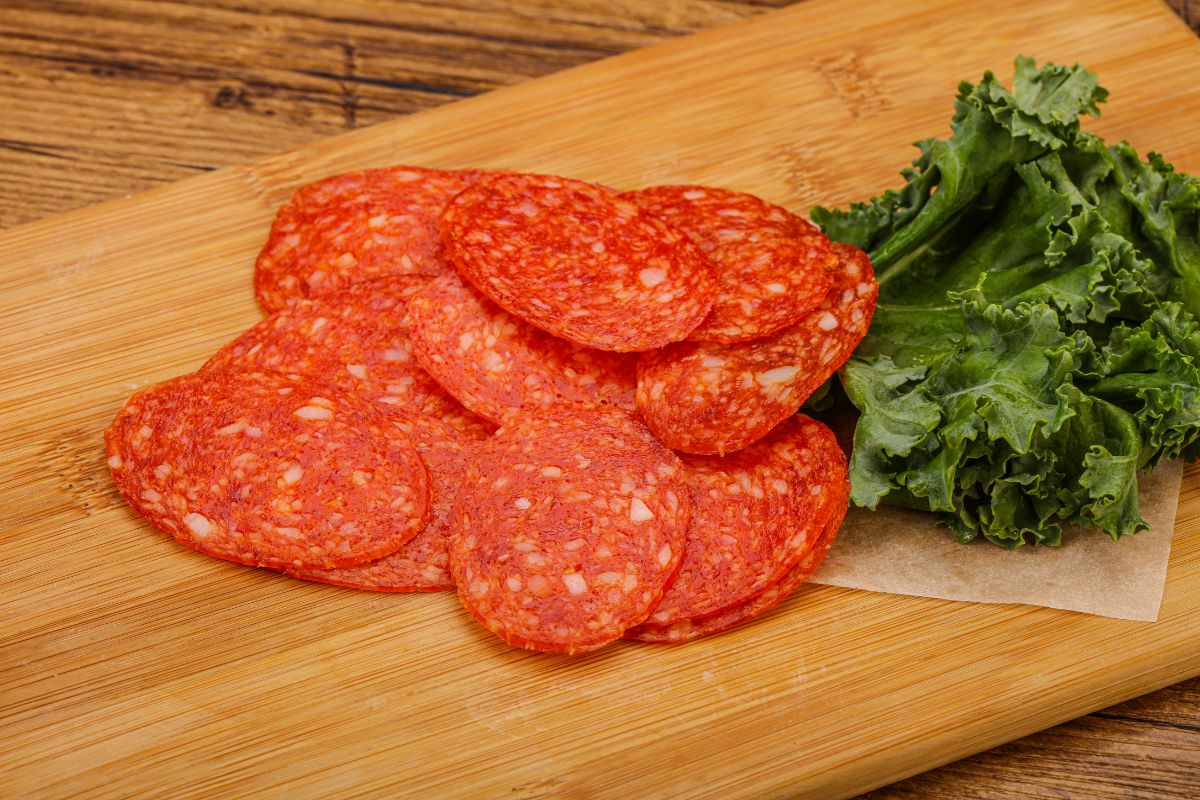 This type of meat is still king—that is, it is the most popular type of meat put on pizzas. Why? Because it goes well with nearly every other topping. No matter the type of cheese, crust, or sauce, pepperoni will taste great with it. If you make pizza at home, you can get the standard pepperoni at your local grocery store. Some of the big pizza chains also sell it. 13 Different Types of Pepperoni

Although pepperoni is similar in taste and texture to salami, it is a purely American invention. No such delicacy existed until the 1950s when pizzerias began to spring up all over the United States (more on that below). 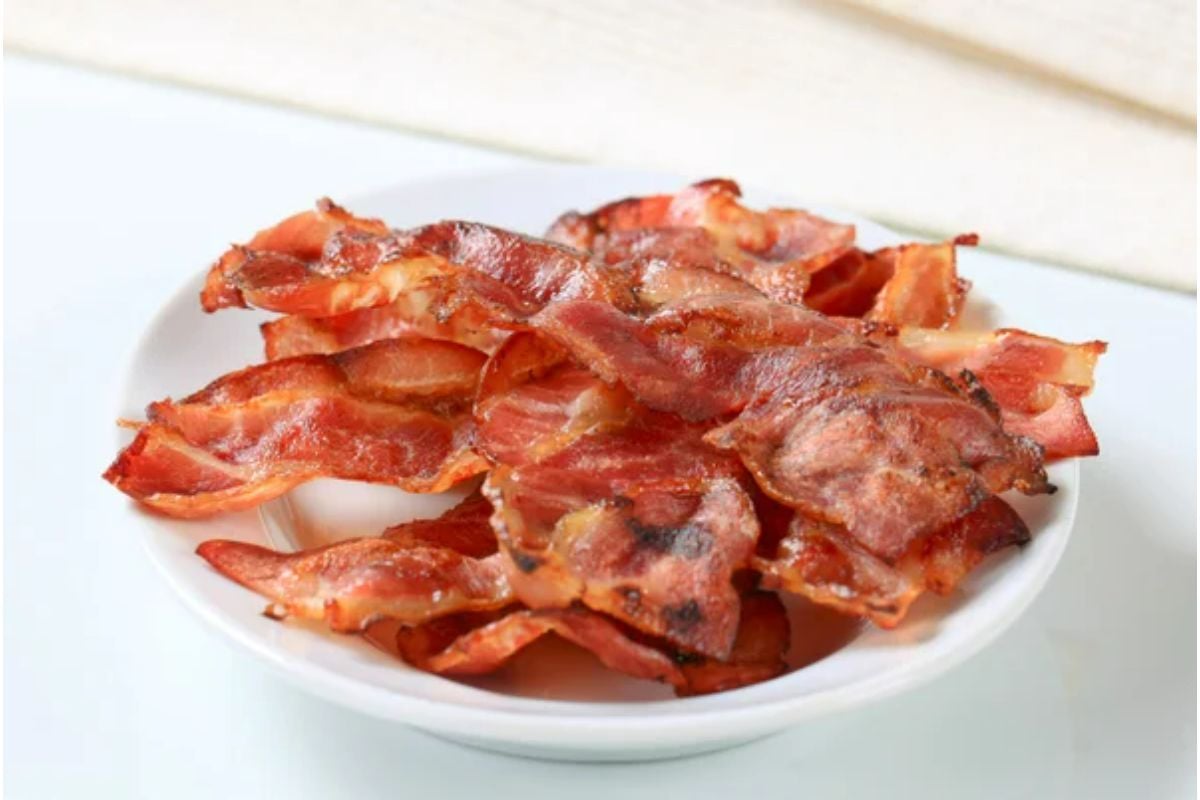 Bacon used to be limited to the breakfast table. It has recently made inroads into lunch and dinner dishes, and it is becoming more and more popular as a pizza topping. Full strips of bacon, bacon bits, and smaller pieces of bacon are put on pizzas.

A 1-to-2-inch strip of bacon on a pizza is enough to actually taste it. Many people like their bacon on the slightly crispy side. Otherwise, the pizza becomes too greasy.

Softer pieces of bacon can also become enmeshed with the cheese, which can lead to pulling off all the pizza toppings when you take a bite, and that can spoil all the fun of eating a pizza in the first place. 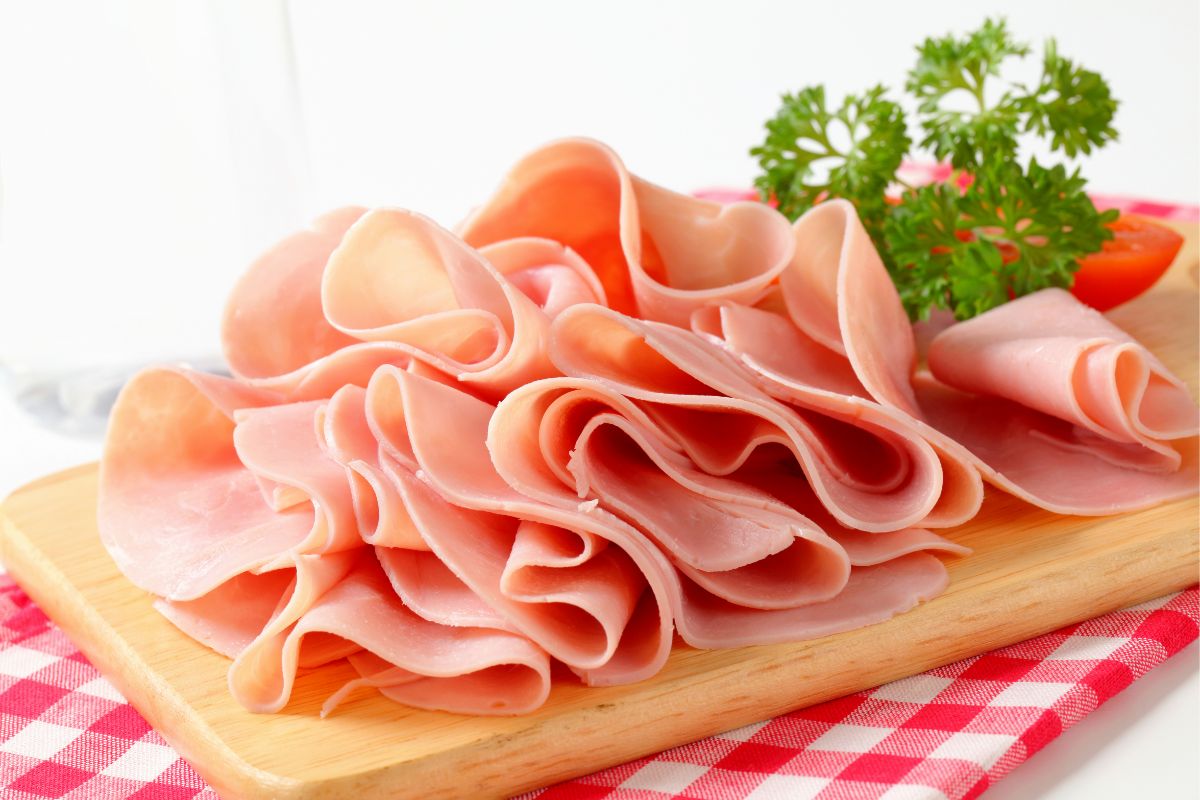 This topping is often paired with pineapple. However, it can serve as a topping all on its own. Personally, I am no fan of the ham-pineapple combination. I prefer just the ham, or the ham in combination with other types of meat.

One of the great things about ham is that it is tasty, but does not overwhelm the sauce and cheese. It will produce just the right amount of chewiness, saltiness, and smoky flavor.

Meatballs are often put on pizzas along with other types of meat. They are usually small. However, it is possible to put much larger meatballs on a pizza. Large meatballs best complement deep dish pizzas.

The large bready crust combines with the large chunks of meat to produce the perfect taste. If you make meatball pizza at home, you should try to buy meatballs that are slightly spicy. They should also be on the dry side. If the meatballs are too moist, you will end up with a soggy pizza. 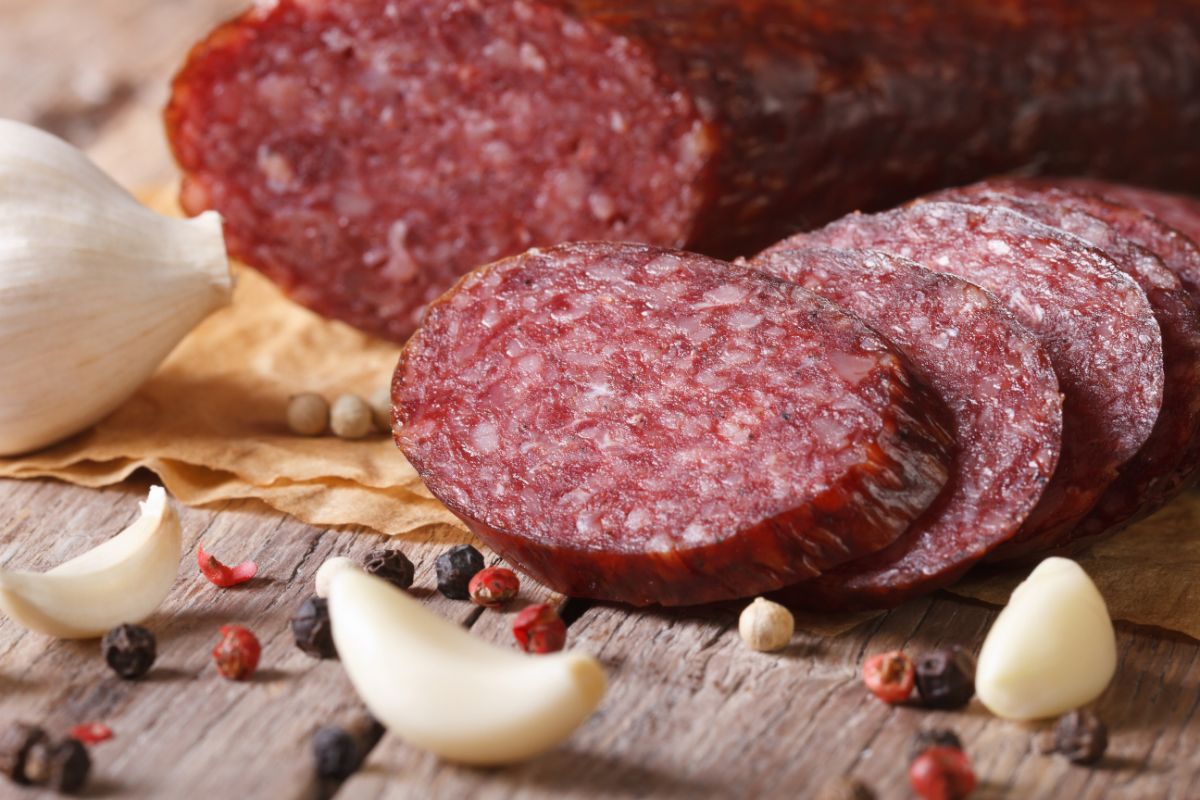 What the Italians call salsiccia is one of my favorite meat pizza toppings. In my view, it is best as a stand-alone topping, but it can be used in combination with other meats. Salsiccia is Italian sausage.

It is not the stuff used by national pizza chains—which tastes pretty bad. The only salsiccia toppings you can trust are those of a boutique pizza place that lists it on the menu or the sausage you purchase at your local sausage maker. 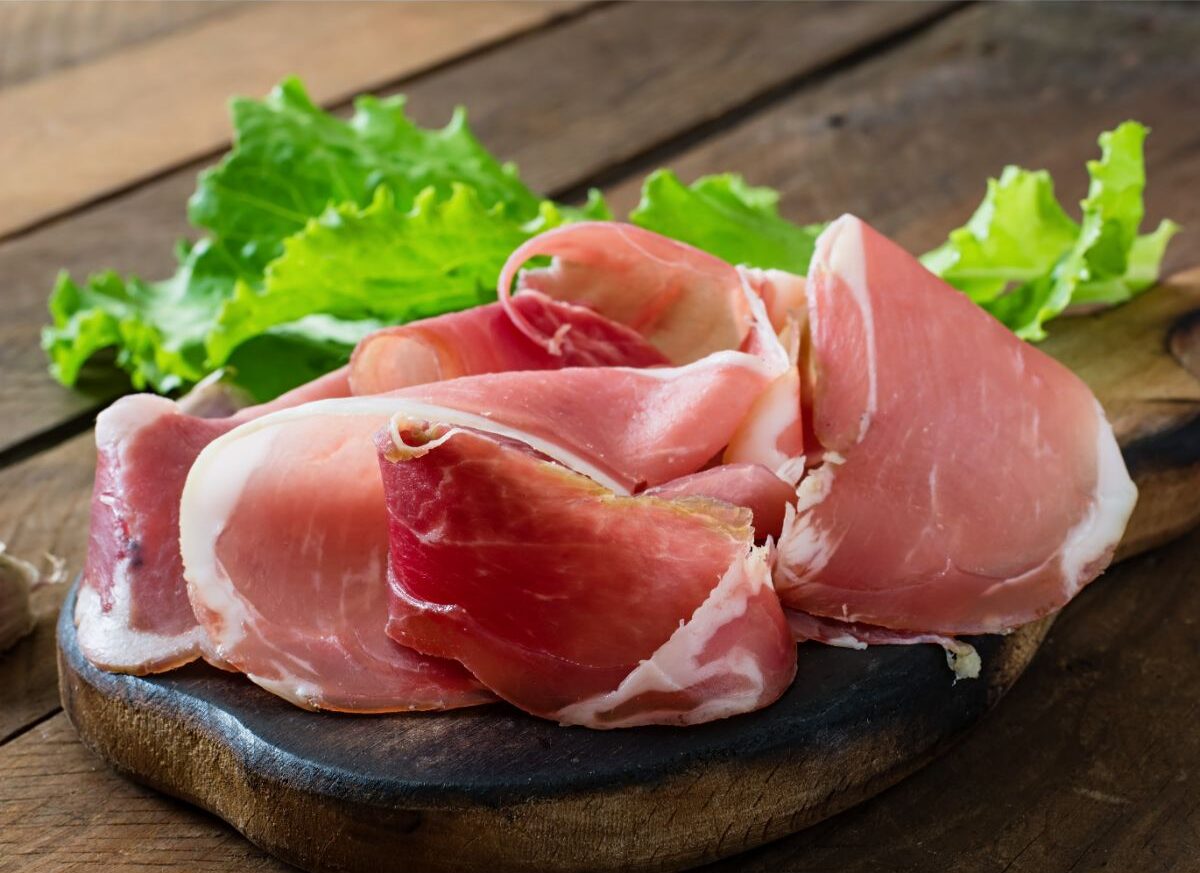 This is another type of Italian meat. It is a great topping to put on a wood-fired or thin crust pizza. Its saltiness goes well on the latter in particular. And it tastes great when combined with blue cheese. The prosciutto itself should be cut into thin slices. This meat has a very strong taste, so even a few thinly sliced pieces will pack a punch in your mouth. 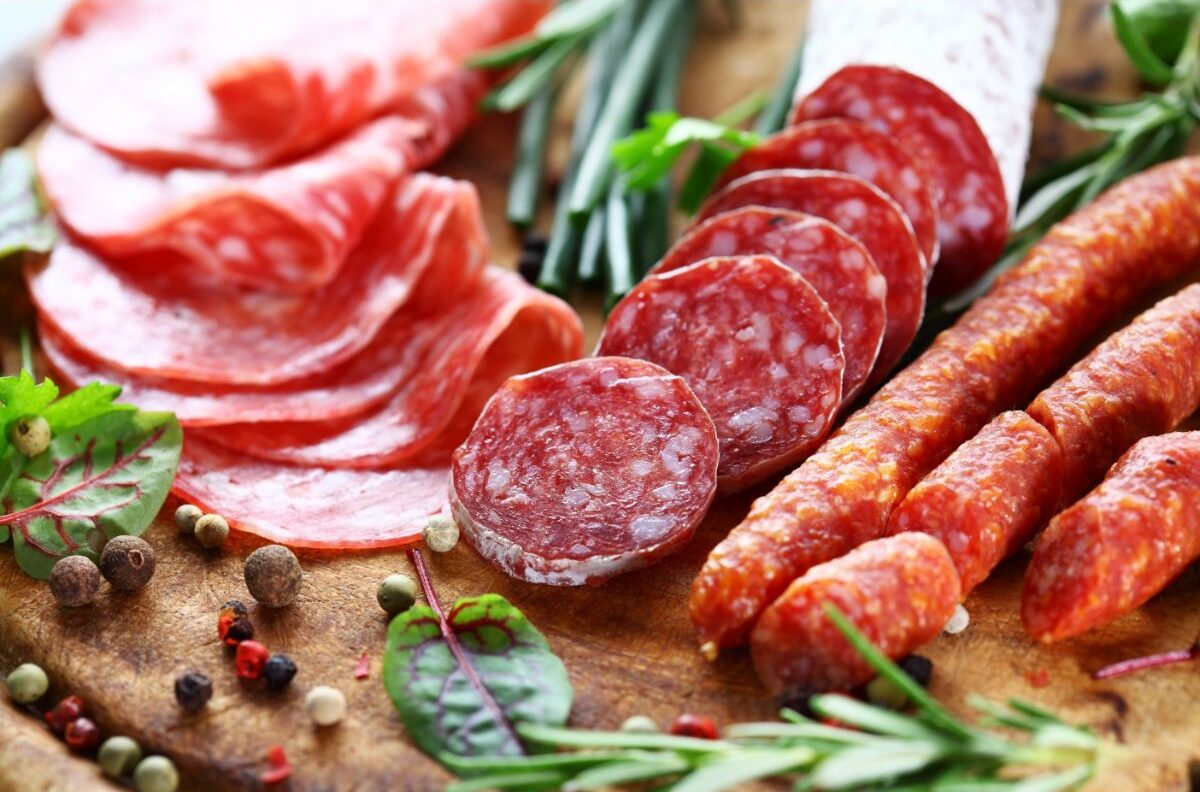 This is not a pizza topping served by most of the national chains. And thank goodness it isn’t. Salami has to be stored and handled carefully in order for it to retain freshness. The chains are unwilling to do this kind of work. As with some of the other toppings listed above, salami is the kind of topping you want to use when preparing your own pizza.

Salami is similar to pepperoni in taste. However, salami slices are bigger than pepperoni. They are also greasier and harder to bite through. You will need to cut the slices into smaller pieces, so that you don’t end up choking yourself by inhaling large salami slices with large bites of cheese and pizza bread. 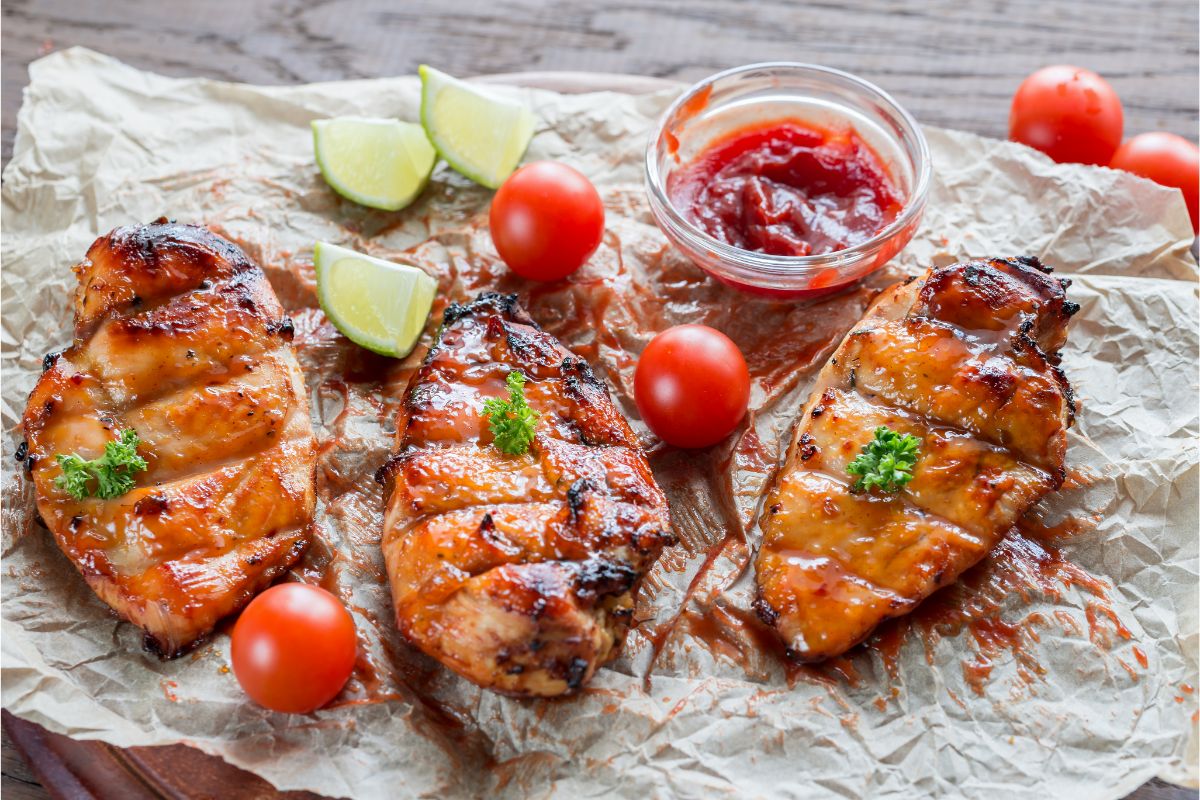 BBQ chicken, Buffalo chicken, and Thai chicken go well with pizza. They go especially well with a pizza that has red sauce and mozzarella. White meat chicken goes well with white sauce pizza. These are two great things that taste great together. 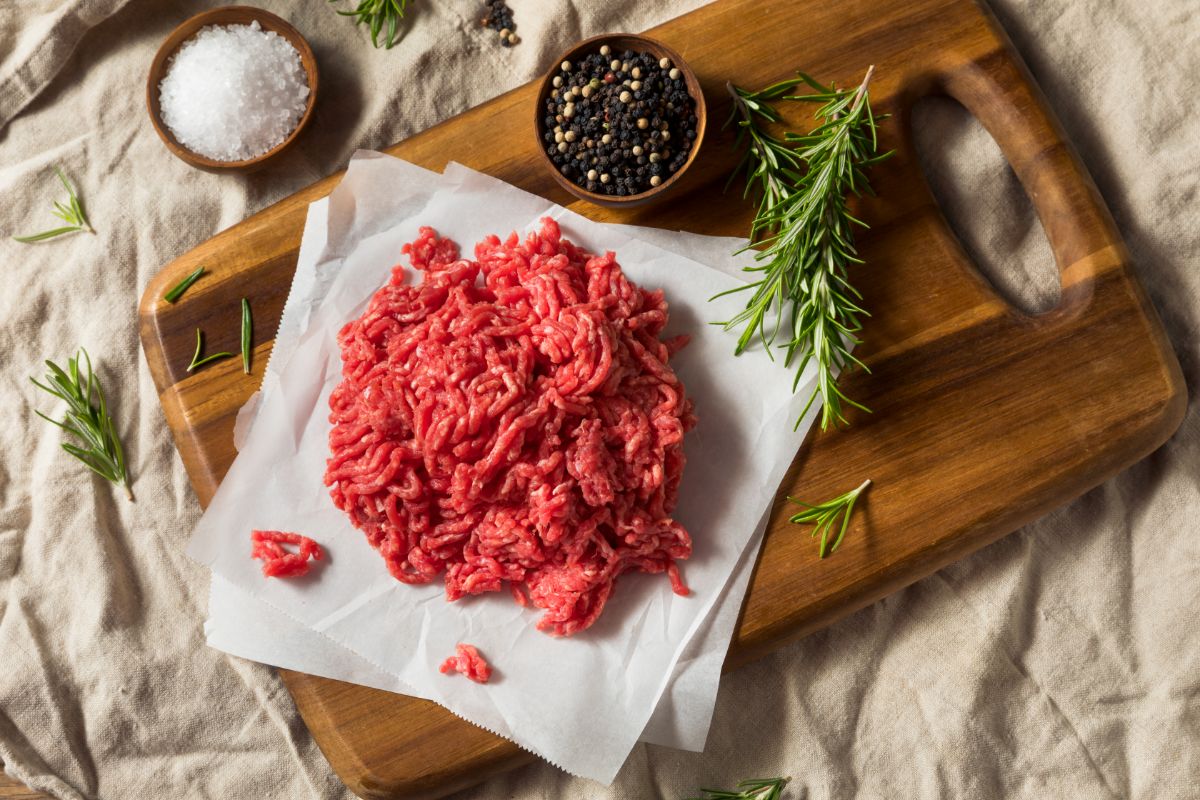 This topping has become ever more popular over the last decade or so. It has been made so by the national pizza delivery chains. However, I am not especially fond of this type of pizza. Even when spiced up, it does not bring a great deal of flavor to the pizza. It is better to go with meatballs if you want this type of meat. 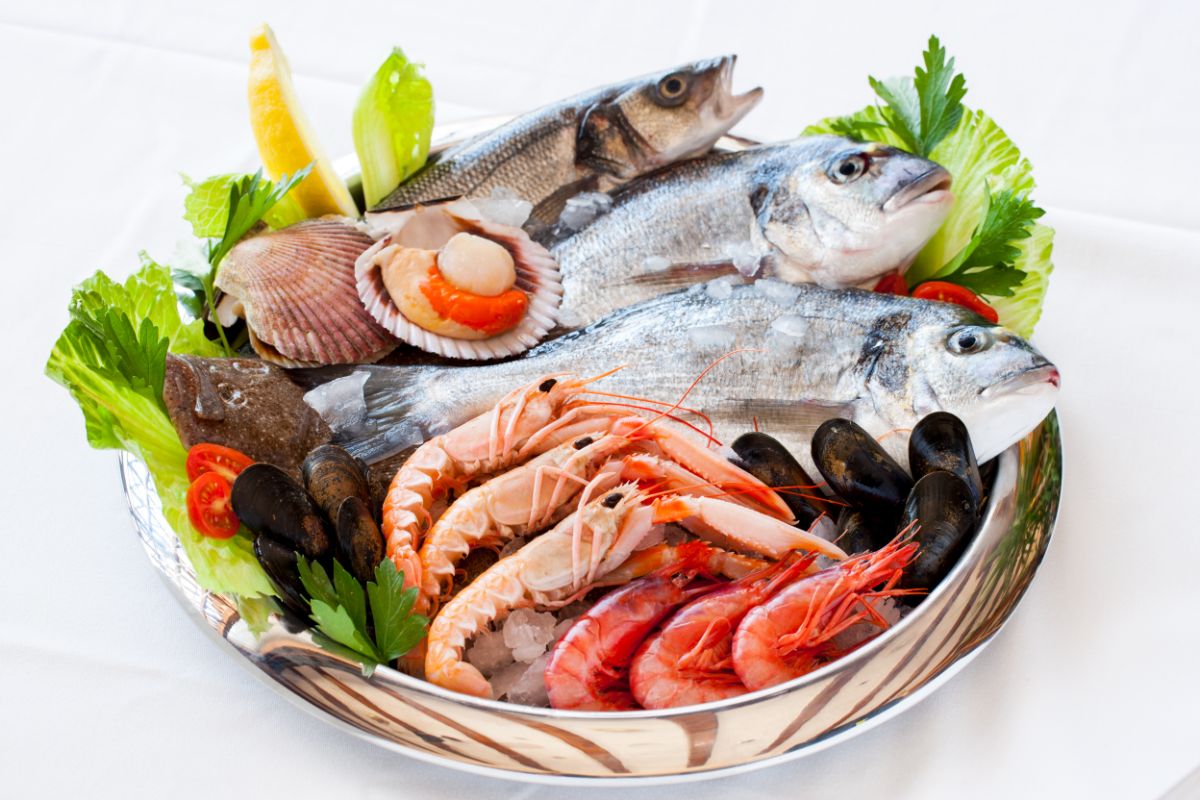 Although not technically meat, I suppose it is right to include seafood in this category. Anchovies are the most popular type of seafood to put on a pizza. They are salty—in a good way—and bring a lot of flavor to a pizza. Shrimp, mussels, and crab slices are also great with pizza. All of these toppings are best put on pizzas that are made with white sauce.

What’s the difference between pepperoni and salami?

This question has only been partly answered above. Pepperoni is not only smaller and easier to bite through than salami, it is also spicier in flavor and a little smoky. There is less protein in pepperoni because it is higher in fat.

What meat is on a meat feast pizza?

People who love meat on their pizza tend to order meat feast pizza when they go out. The very name, and the mountain of meat, are usually enough to satisfy such a palate. But inquiring minds want to know more.

Most meat feast pizzas have a base that is topped with tomato sauce and mozzarella full fat cheese. The meats consist of pepperoni, ham, spiced beef, and sometimes meatballs.

A Brief History of Pizza 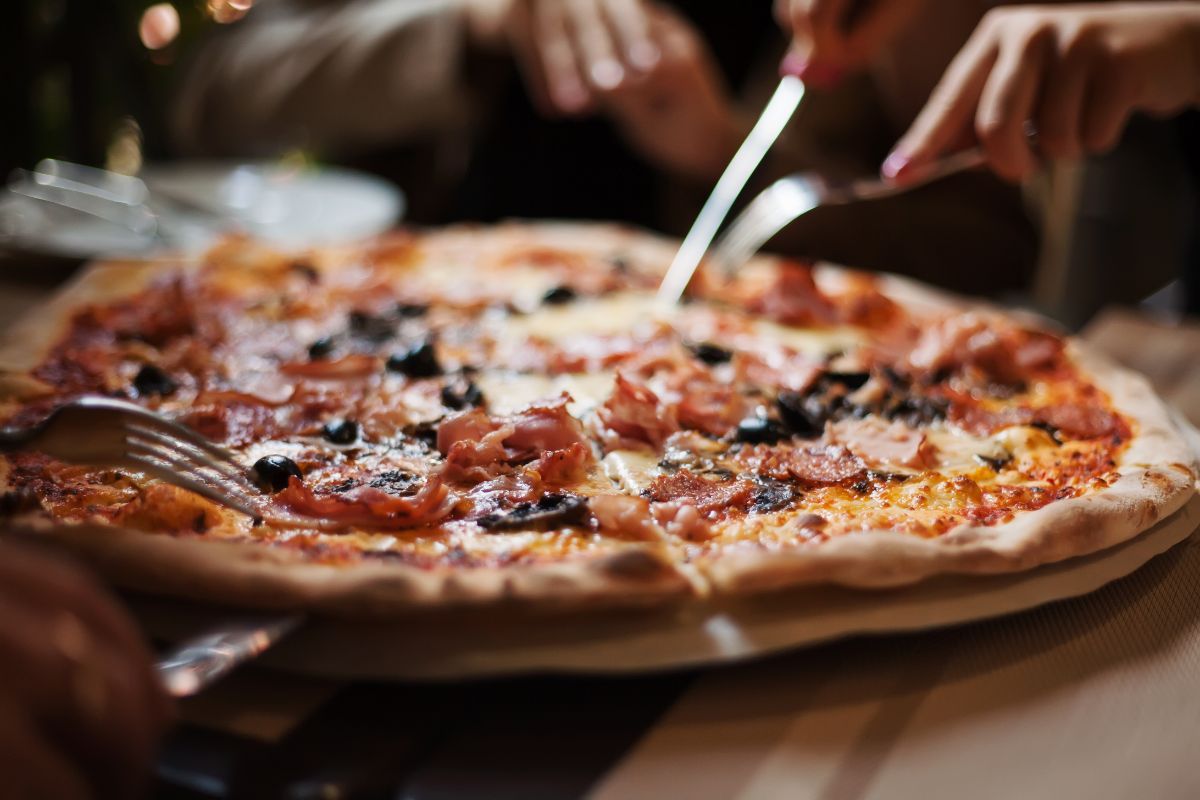 Pizza has a long and interesting history. It is a kind of development of flatbreads with toppings that were eaten by the ancient Egyptians, Romans, and Greeks. Indeed, modern day focaccia is a direct descendant of this dish.

What we recognize today as the pizza was born in Naples in the 19th century. According to legend, King Umberto I and Queen Margherita of the recently unified Italian state visited Naples in 1889. They were bored with the steady diet of French cuisine they had consumed on their tour and asked for an assortment of pizzas from the city’s Pizzeria Brandi.

At that time, the city was known for its delicious flatbread with toppings. The baker Raffaele Esposito made the world’s first pizza pie. He topped it with soft white cheese, red tomatoes, and green basil. It was a real hit with the royal pair. And every since then, a cheese pizza with red sauce and seasoning has been known as a Margherita.

One would think that a blessing from the royal couple would have set off an Italy-wide pizza craze. No such thing happened. In fact, pizza would remain little known in Italy until the 1940s.

Even the waves of immigration to the United States from Naples in the early 20th century was not enough to make pizza a global dish. Pizza showed up in Trenton, New Haven, Boston, Chicago, St. Louis, and of course New York City.

The first pizzeria—Lombardi’s—was established in Manhattan in 1905, and it remains in operation to this day. Though the dish began to intrigue non-Neapolitans and non-Italians, it still remained largely confined to Italian neighborhoods.

The breakthrough came after World War II. The American soldiers who served in Italy during that war became very fond of this local dish. They continued to crave it on their return to the United States.

This strong demand gave rise to more pizzerias outside of the northeast. Pizzerias began popping up all over the nation, and pizza became a mainstay of restaurant menus.

American servicepersons stationed in Italy after the war took their desire for pizza with them. This gave rise to the establishment of pizzerias throughout Italy as well. Pizza was still a largely Neapolitan dish before the 1950s. There were very few pizzerias in Italy outside of Naples.

It took the large presence of American servicemen in the country to change that. It is believed that young Italians in particular picked it up because, like blue jeans and rock and roll, it was American and thus considered hip and cool.

So, in one of the quirkiest food stories in history, a dish that was invented in a country required was made popular in it by an occupying army’s demand for it.

Today’s pizzas go well beyond the simple cheese and red sauce of the Queen Margherita days. There have been experiments with all kinds of toppings. However, meat toppings remain a favorite of pizza lovers.