Everyone loves pizza, right? My wife recently brought it to my attention that I may be a bigger fan of pizza than most. I am happy to indulge in the cheesy goodness several times a week if left to my own devices.

Most people know that pizza originated in Italy, but they may know little else about the difference between their favorite pizza pie and some of the other types that exist around the world. It is indeed very important to recognize that there are specific ways that American pizza is created that differ from Italian.

Italian pizza is the original pizza and comes from Naples, Italy. It is something that was given to the world by the Italians as its popularity quickly spread to anyone that tried it. Once they had tried it, they had to bring it back to their native lands and let people see the amazing experience of this food.

How Italian Pizza Transformed in the US? 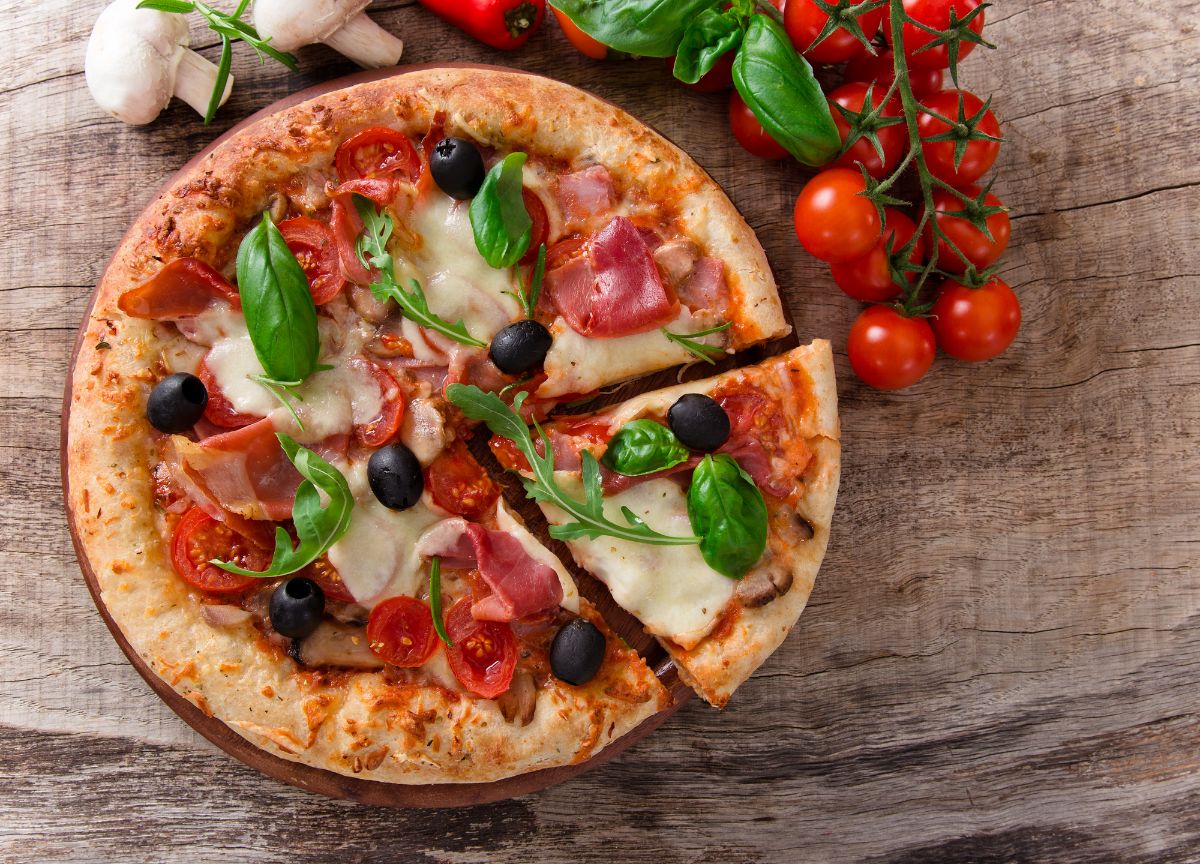 There was a period of transformation of Italian pizza to something different in the United States. It turns out that when Italian immigrants moves to the United States, their food was heavily influenced by American culture post-WWII.

Before the war, it was quite common to see authentic Italian cooking all throughout the country. People who traveled to the US looking for opportunities brought their distinct flavors with them. However, these flavors mutated over time as people mixed cultures and learned from one another.

See also  What Is An Artisan Pizza?

It was around the 1950s when Italian cuisine really took off in the United States. People began to cherish the options that they had in the form of pizza, calzone, and other classic Italian dishes.

They started to see how the combination of bread, cheese, and meat toppings was very hard to beat no matter what other types of food they might have available to them. There is something about the combination of those ingredients that distinctly appeal to people and has for a long time.

Italian pizza is chewier than American pizza as American pizza tends to be greasier and drier than the Italian version. Depending on your preference amongst those options, you may find that you prefer one or the other better. 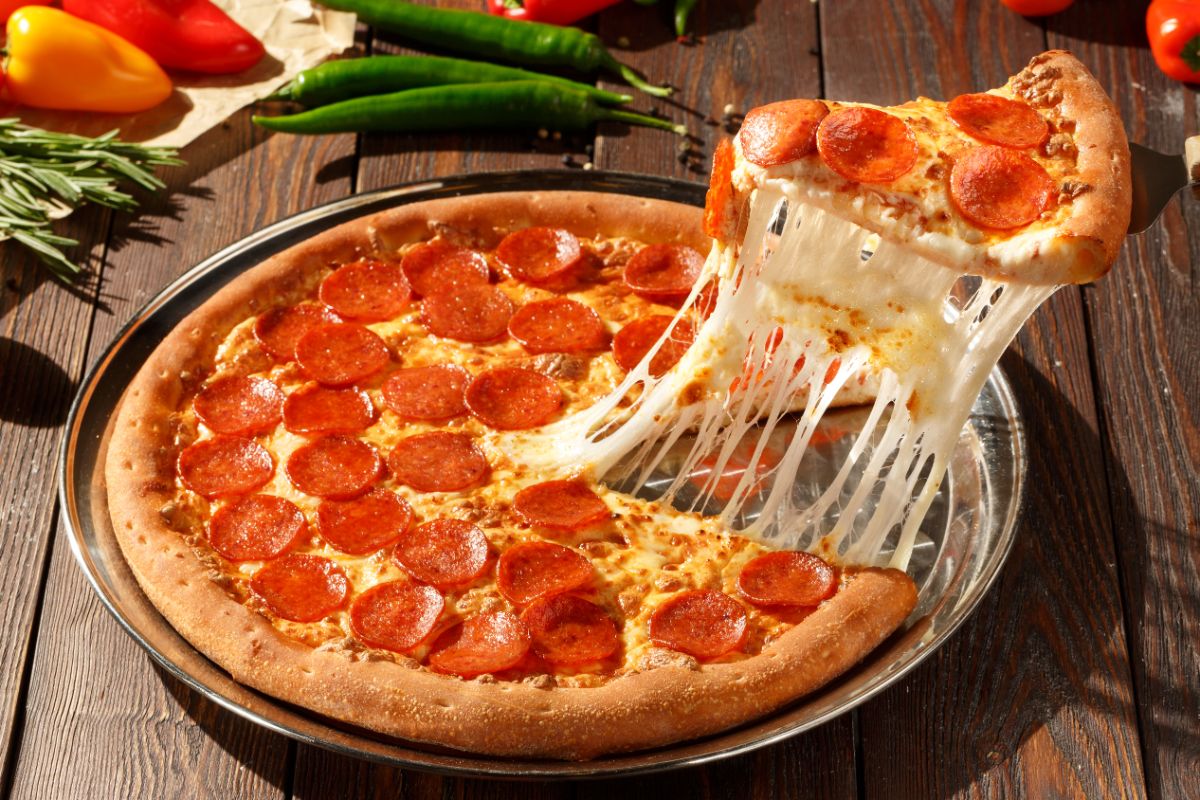 Who doesn’t love toppings on their pizza? An important thing to note as a difference between pizza styles here is that Italian pizza tends to have just one topping on it.

It may have more of that specific topping than an American pizza does, but it tends to have just the one topping because that is the tradition that has been passed down throughout the history of this type of pizza. American pizza often features more than one topping, and there are times when meat and non-meat toppings are mixed together on one type of pizza.

See also  Can you use Wax Paper in the Oven

Some of the toppings that are included on either type of pizza include:

There are many other options that are also available, but these are some of the types that you are likely to see if you order either an American or an Italian-style pizza. They load them up with the kinds of things that people love to eat, and that helps keep them selling.

You have to take a look at the differences between sauces to get a full picture of what is going on with Italian pizza and American pizza. What is so special about these different spins on the same kind of food, and why should we care about it?

Those are the types of questions that people are asking themselves, and they deserve to know a bit about how the sauce differs. Italian pizza is made from fresh tomatoes and garlic.

However, American pizza is often made from canned tomatoes. The American pizza is going to have many toppings on it and is likely to be a bit heavier on the meat than an Italian pizza. The Italian version is going to be less doughy and more focused on the single topping that will go on top of it. 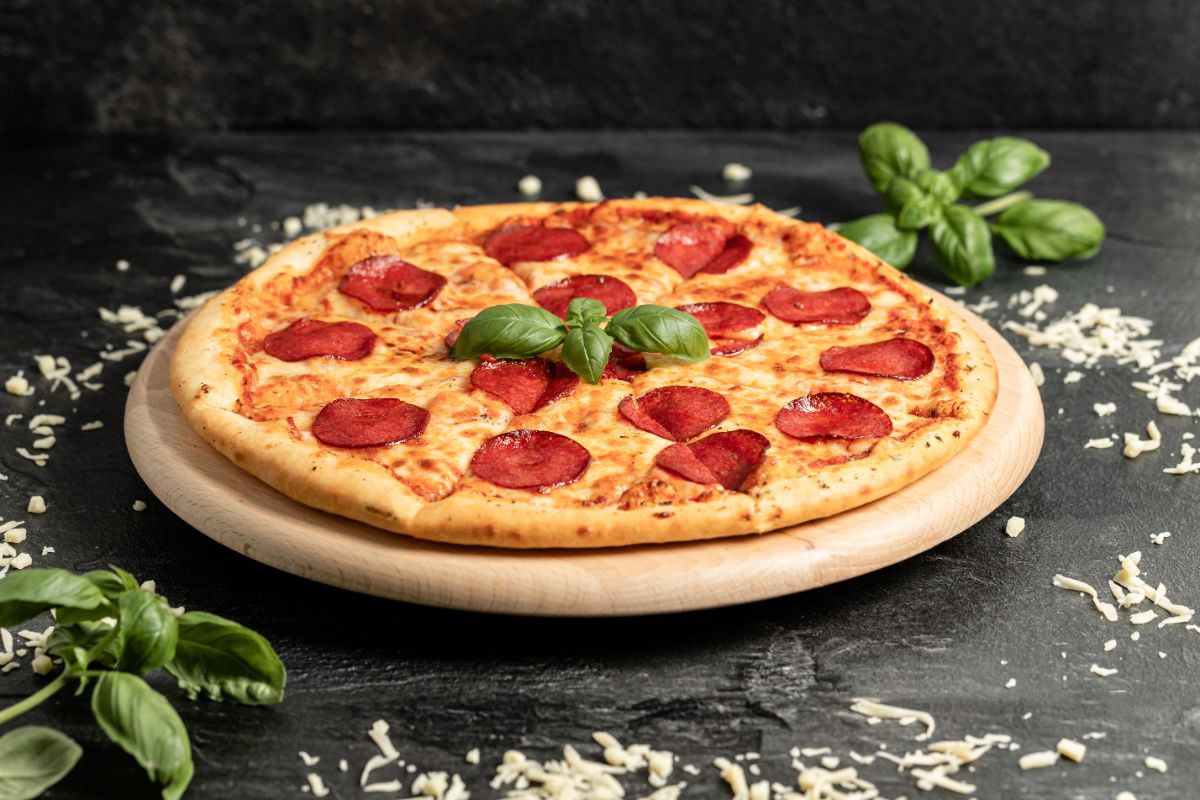 Italian-style pizza is very focused on the crust. It takes up to 72 hours to prepare a crust to be used on an Italian-style pizza. You simply do not see that with American pizzas as they are not crafted with that same kind of diligence.

See also  Butcher Paper vs Parchment Paper – Everything You Need To Know!

In fact, doing it that way would be very foreign to Americans, and they would not likely understand why they are being asked to wait that long for crust. They aren’t as focused on crust in their pizzas. It is far more about the toppings.

You can use any type of flour that you want to for American pizzas, but Italian pizzas must use a special type of flour to achieve the thin-crust style that they are going for.

American pizza is much heavier on cheese than Italian pizza. In fact, Italian pizza attempts to get away with using as little cheese as possible as it does not want to overwhelm the taste of the single topping that it has spread throughout the pizza. American pizza goes heavy on the cheese as it is considered to be one of the most important parts of the food in general.

There is a fresher and more flavorful taste to the toppings used on Italian pizza because they are so careful about avoiding putting too much cheese on their pizza offerings. This is greatly appreciated by most people who see what they have done and understand that this is the best way to create a pizza that won’t suffer by being overwhelmed by too many flavors. 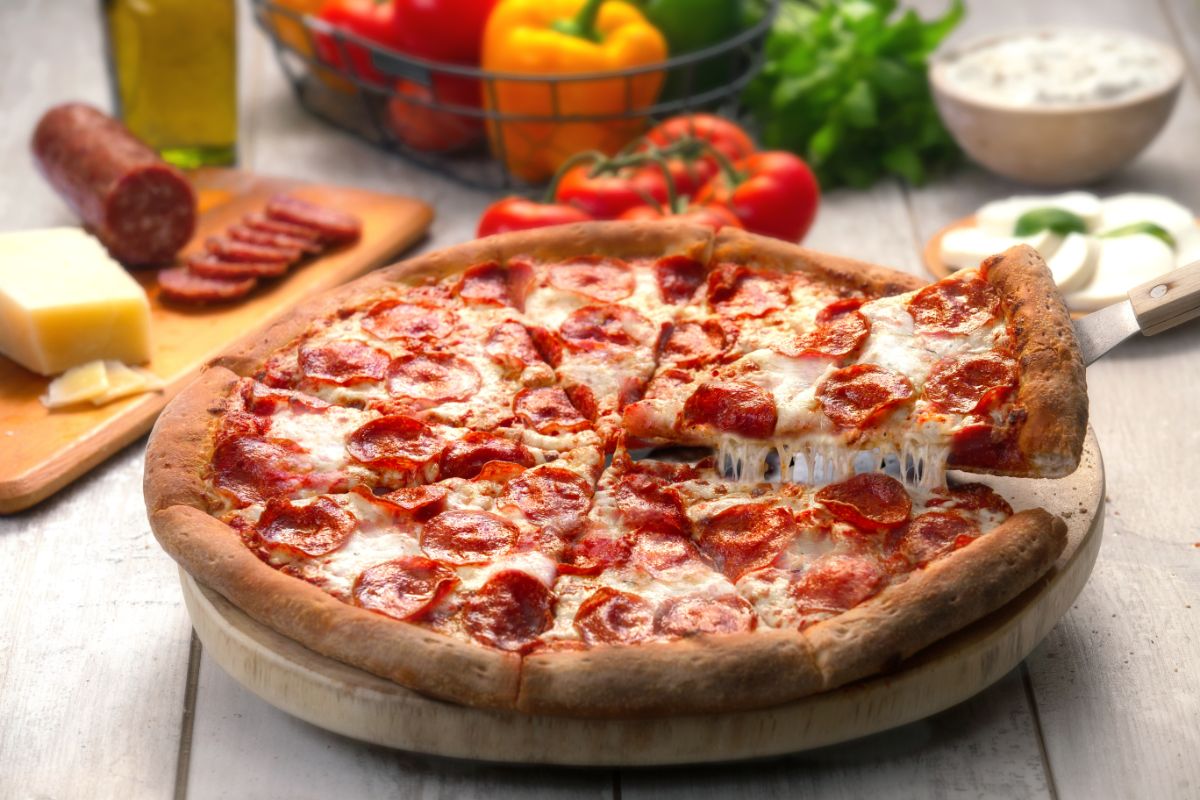 See also  How To Season A Pizza Stone

Some people will say that this is cheating people out of the experience of getting to eat exactly the kind of pizza that they deserve, but others will point out that the truth is that the American way of doing things actually gets more pizza onto the plates of more customers. It is all about how you look at it.

Which One is Better?

Well, this is the age-old question isn’t it? Which pizza is better? Much of your answer here is going to come down to which type of pizza you have personally spent more time enjoying yourself. If you are familiar with American pizza, then you probably aren’t too offended by how it is created.

It is heavier on the cheese and toppings, but that is also what you are used to. However, those who are used to eating Italian pizza may see the American creation as nothing short of a travesty against their own pizza culture.

Italian pizza generally tastes better, but it may be harder to access. You need to know a place that will make it in that style for you, and that may be challenging to find at times. That said, if you can find it, you should certainly get yourself a slice of it today. It is worth the experience of trying it.