No, it’s not going to work the way you want it to if you make pizza with self rising flour. I make pizza dough at home for pizza and other meals that require a flatbread crust all the time. It’s sort of my specialty. I know how to make pizza using a variety of flours, too.

This helps me use up all of this excess almond flour I made from my stint making almond milk during the COVID crisis. This brings me to my next point and to this question. What can I use to make pizza since self rising flour is out of the oven…kitchen…I mean, options?

What is Self Rising Flour?

Self rising flour is a mixture that includes three ingredients, which include wheat flour, salt, and leavening agents including baking soda and baking powder. As a result of these additions, the flour tends to be lower in protein and gluten compared to other flours.

Self rising flour is one of the most commonly used types of white bleached, unbleached white, and whole wheat flours used in the US. The other most common flour type is all purpose flour, which also comes in wheat and grind varieties.

However, with all purpose flour, there is no use of baking powder, baking soda, or salt. It is simply 100 percent whole wheat flour that might be bleached or not. 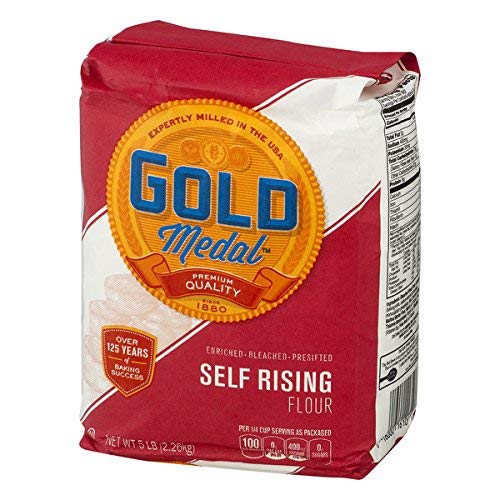 You don’t have to take the extra steps to mix in the baking powder, baking soda, and salt when cooking with this kind of flour. Salt reduces moisture content, by design, and helps to preserve and lengthen the lifespan of flour. This adds to the preservation efforts of the flour, which is ideal for home chefs who do not bake every single day.

As you will find out though, the use of a self rising flour is not the best kept secret for home cooks and pizzerias that are involved in slinging pizza dough for a living. Getting to the heart of the matter, the baking powder and baking soda do something different compared to yeast, which is the preferred method of rising a pizza crust.

The yeast is actually the flavor component in a pizza crust, and using a biga or sourdough starter will enhance that yeasty flavor to the next level. Some pizza chefs use beer to help bring out even more of a yeasty aroma in a pizza, such as with the Blue Moon pizza that is popular around the US.

Can I Use Self Rising Flour in Pizza Dough? 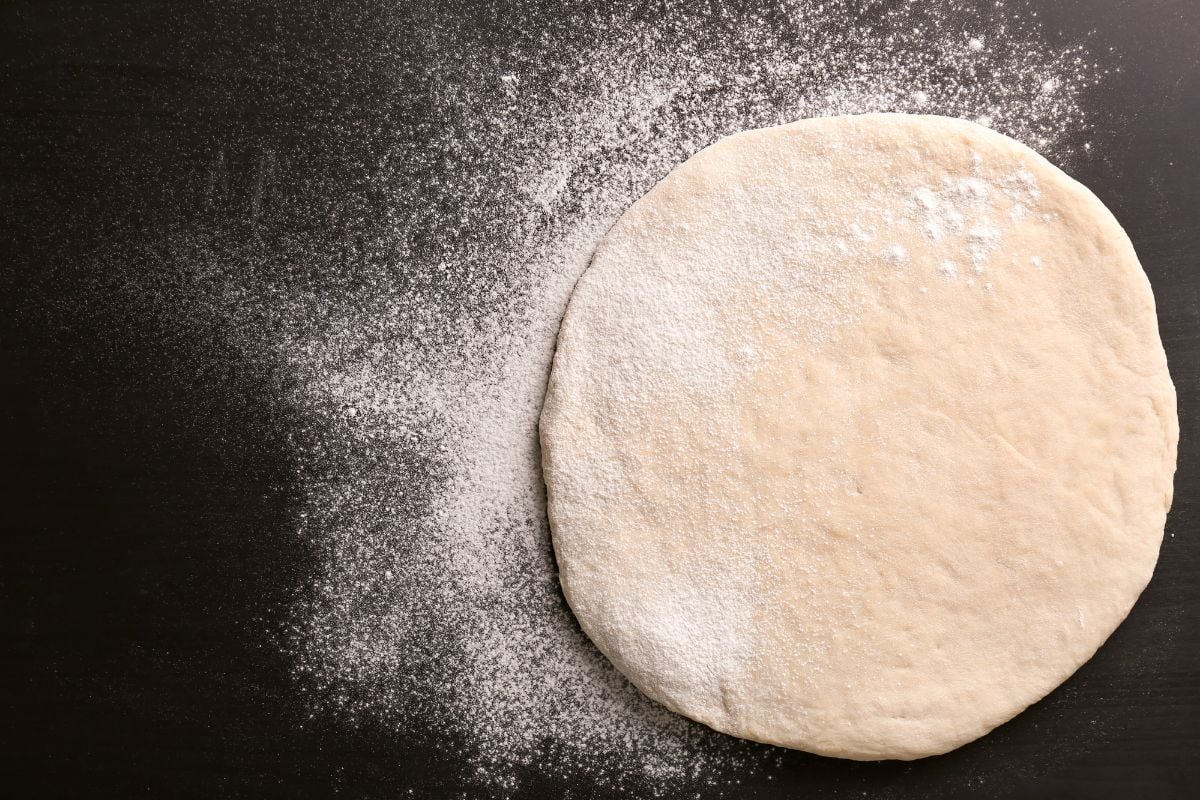 The gluten content is another huge factor in pizza crust and wheat based foods, in general. According to Healthfully, “Using a flour with too little gluten can prevent your yeast breads from rising.

If you use a flour with too much gluten for cakes or muffins, you might end up with heavy, dense baked goods, instead of light, delectable ones,” and, ”per cup, self-rising has between 9 and10 g of protein, making it 9 to 10 percent protein. Self-rising flour cannot be used for yeast breads, but is appropriate for biscuits, quick breads and muffins.”

Also, the end result will be grainy and crumbly in texture as a result of not rising properly. You need to use an all-purpose flour or some other flour that does not contain baking powder and baking soda.

This will allow you to use yeast in the flour and get a better rise that you come to expect and need in order to knead pizza dough. Otherwise, you can get by with using self rising flour if you are making a bread style Chicago deep dish pizza that involves a thick dough.

Just note this will be an untraditional pizza dough, and you will not be able to get that thin stretch from the dough resulting in a thin cracker crust you might anticipate. 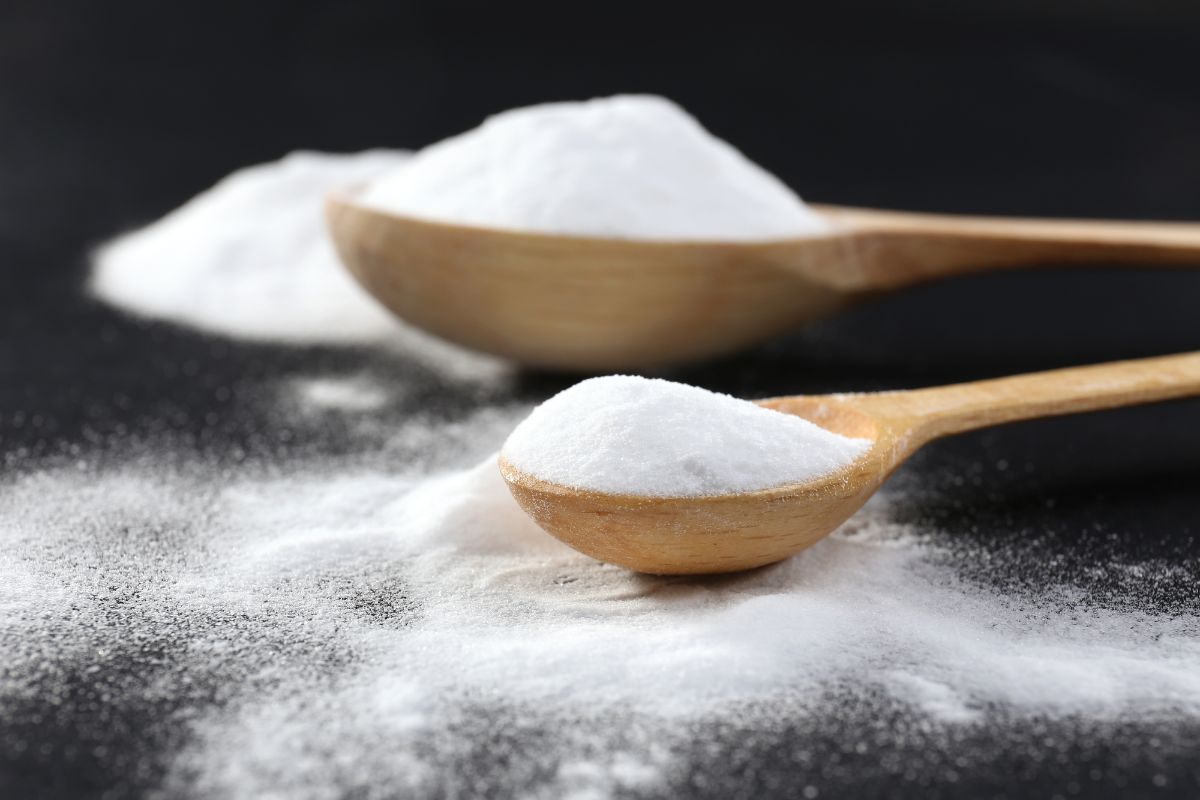 When using self rising flour for making pizza, the biggest difference is the inclusion of baking powder and baking soda. This is to help the dough rise when baking, which is not actually the best idea when it comes to making a pizza crust.

This dough is ready to be pounded out thin into a pizza pan for baking, after being topped with sauce, veggies, meats, and cheeses. If you leave a self rising pizza crust full of toppings to bake and the dough or toppings are too thick, you risk several issues.

First of all, the dough will not be able to rise successfully, so you will not get that good gluten formation that you expect from self rising flour. It’s going to end up more coarse and crumbly like a cornbread or savory cake. Instead, you sort of want to treat the pizza crust like a focaccia.

This is where adding fork holes or rolling the pizza crust out with a rolling pin to a quarter-inch thickness would be the right choice. However, you will still miss the stretchy texture that the gluten formation brings to pizza dough.

Also, it will be a coarse, dense loaf of bread beneath the toppings, resulting in most of the sauce getting soaked into the dough. That won’t help with baking and it certainly will not end up making a pizza crust that is traditional and appealing.

Can I Use Bread Flour to Make Pizza? 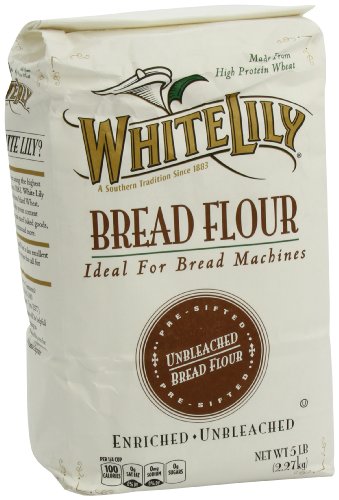 At one end of the flour spectrum is bread flour. According to the Breadopedia, bread flour is both a high protein and high gluten flour. There is 14 to 15 percent gluten in bread flour, which is the most of any flour. Bread flour is formulated specifically for making bread, though, and is great for stretchy, yeasty pizza crust.

This specialty type of flour does not have salt or baking powder added like self rising flour. As a result, you are able to add yeast to the flour in order to form a rising ball of dough. Consider bread flour as the high gluten flour of choice when baking pizza, instead of self rising flour.

What is Type 00 Flour for Pizza Crust? 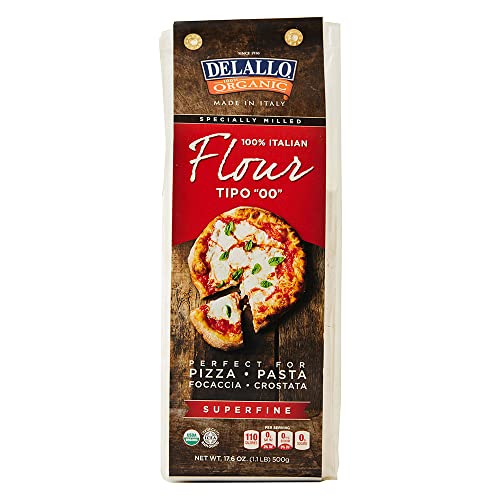 As I started my shopping for pizza flour in the early 2000s, I discovered the fancy Italian flour called 00 flour. When up against bread flour, 00 flour is going to win every time. You get a softer mouthfeel thanks to the less gluten in 00 flour compared to bread flour.

This is the secret to baking pizza at home, in my experience. You are able to get the gluten formation that you need while managing a delicate and lightweight pizza crust.

It’s almost as soft as a marshmallow even after baking, and I prefer this pizza crust, hands down, to the commercial pizza chains. There is always going to be a flavor from the yeast, but I add honey and help give it a boost in the yeast formation.

This honey may kill off some of the yeast, though, so proceed with caution. Consider adding a drizzle of hot chili honey over the top of the pizza when done baking, or around the edges of the pizza crust before it goes into the oven.