I love pizza. I can have it for an after-hours snack or a proper meal, but never for breakfast or lunch. Pepperoni is my favorite pizza topping, but I also give due attention to the cheese that goes into it. To my mind (and palate), the more layers of cheese on a pizza the better.

As I have gotten into the habit over the years of making my own gourmet pizza, I have discovered the varieties of cheeses that go well with this dish. The following article incorporates most of what I have learned over the years.

What Makes a Cheese Good for Pizza? 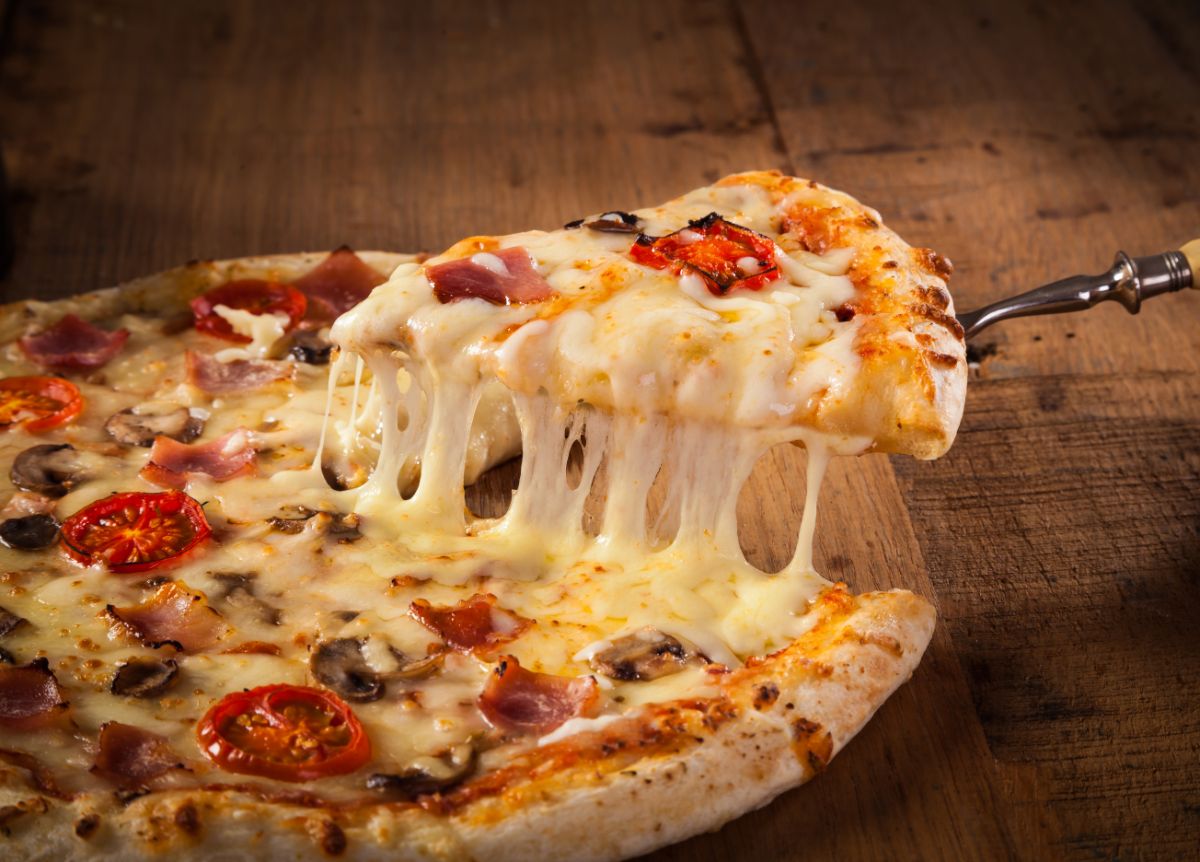 Whether you have decided to take up the hobby of making your own pizzas or you want to make better choices about the pizzas you have custom-made at your local pizzeria, it is important to answer the above question. Here are some of the characteristics that make a cheese suitable for baking on pizza:

You want cheese that turns a golden brown without burning. Burnt cheese will leave a truly disgusting taste in your mouth.

You want a cheese that will melt in a way that evenly covers the surface of the pizza without leaving lumps or becoming too thin.

See also  Our Favorite Parmesan Cheeses (for Pizza of Course)

You know the sight. When a cheese shows thick and visible strands of itself when pulled apart, you know it is rich and tasty.

The percentage of liquid in a cheese impacts its ability to turn the perfect color of brown. The pizza you buy at your local pizzeria is baked in a pizza oven. The latter burn at high heat. If you want to make pizza at home, you will have to buy such an oven.

If the cheese you buy has all the qualities mentioned above, it will make it melt, turn brown, and attain the right amount of stretchiness when baked in the oven.

There are many types of cheese, not all of which are ideal for making pizza. Mozzarella, cheddar, parmesan, and provolone are the four main pizza cheese types. However, other varieties can be incorporated to create a unique taste. 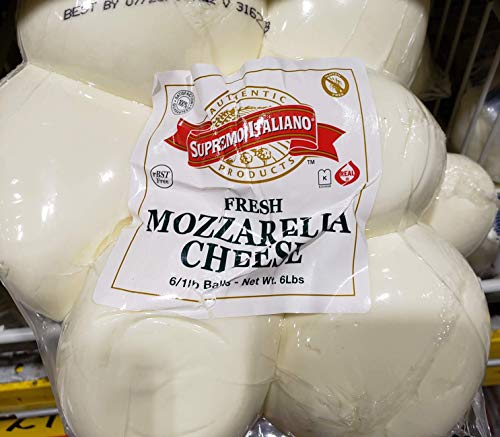 This is the most popular type of cheese for pizza. It is minimally processed, which gives it a fresh taste with a light and creamy texture. There is high moisture and low moisture mozzarella. You should opt for low moisture. The latter has a longer shelf life.

It is also saltier and denser than the high moisture variant. Low moisture mozzarella will melt faster when baked. This makes it the best option for pizza. 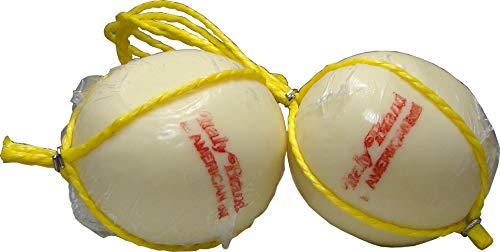 This is another very popular semi-Italian cheese. The flavor of provolone varies greatly, and is dependent on how long it has been aged.

If you want a sweet flavor and creamy texture, then you should opt for provolone cheese that has been aged for a short amount of time. If you prefer a sharper taste and dryer texture, then a longer aged provolone is the one you want.

Here are some of the toppings that go well with provolone cheese: chicken, pesto, basil, onion, broccoli, sausage, spinach, tomato, and red peppers. 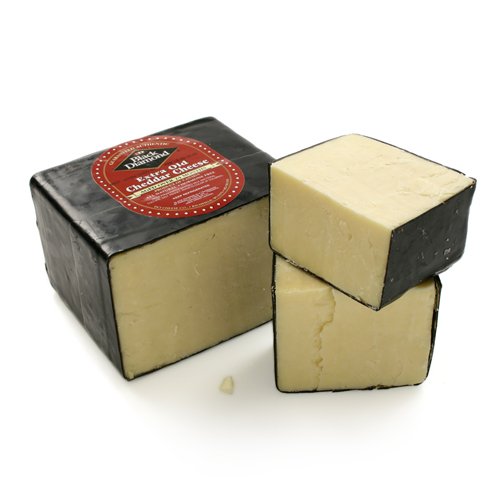 Cheddar has a sharp and very distinct taste, which is why people put it on so many different types of food. While it is true that cheddar cheese does not handle high heat well, people still put it on pizzas. Because it melts so easily, it can usually be put on the pizza crust when it is fresh out of the oven.

The ambient heat is enough to melt the cheddar. Cheddar is a good cheese for pizza because its lower elasticity means it does not blister as easily as mozzarella. This cheese also has a deep orange tint, which will add color to your pizza.

Owing to its versatility, cheddar cheese can be served with a variety of toppings—from savory meats to sweet pineapple. Cheddar can also be used on specialty pizzas such as bacon ranch, cheeseburger, and buffalo chicken pizzas.

Here are some other toppings that go well with cheddar: pepperoni, ham, caramelized onion, capers, broccoli. 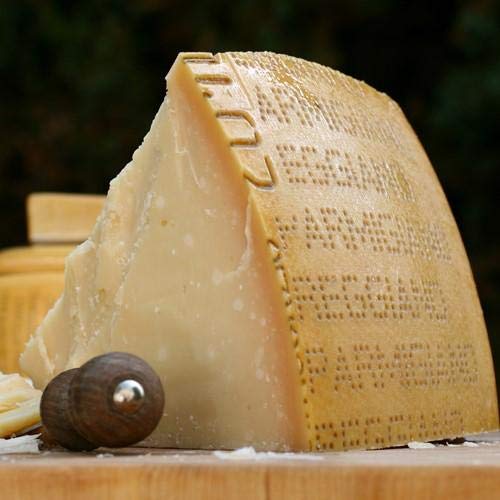 Parmesan cheese is an Italian hard cheese that can be shaved or shredded on top of a freshly baked pizza. It is a cheese with a very dry and delicate taste, which is why it should never be blended into other cheese mixes, and it should never be baked in the oven.

See also  Can You Use Parmesan Cheese on Pizza?

Prolonged exposure to such direct heat will kill the taste of the cheese. You should instead use parmesan as a garnish on your pizzas to enhance its flavor. It is best to shred it over the dish when it is fresh out of the oven.

Parmesan goes well with Sicilian, Margherita, and Hawaiian pizzas. It is best to combine it with the following toppings: bacon, broccoli, prosciutto, and arugula. 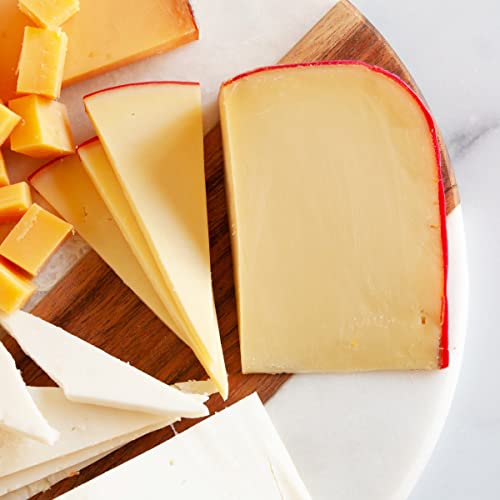 This is another hard cheese. It is Dutch in origin, and is known for its rich flavor and smooth texture. Older gouda cheese has less moisture and a tangier flavor than young gouda. I have used gouda cheese on pizza topped with barbeque chicken and pulled pork, and it was delicious. 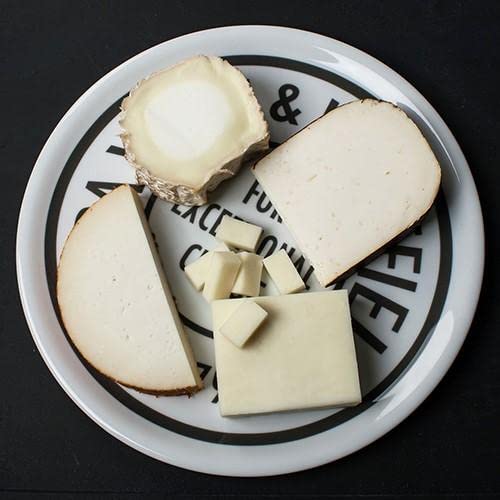 Do not throw your hands up in horror at the thought of it. Goat cheese is soft and creamy, and it tends to be mixed with other flavors like berries and herbs. The effect is quite a tasty type of cheese. Goat cheese—made from goat milk—is known for its earthy and tart flavor.

This can bring a unique twist to your pizza, especially if you intend to serve it as the main course at a dinner party. Goat cheese does not melt like mozzarella and provolone.

However, it does soften up nicely when in the oven. Goat cheese makes a great addition to any kind of Mediterranean pizza, including flatbread and focaccia. Because of the strength of the cheese, it is best to drop small dollops of it across the surface of your pizza.

See also  Can You Use Fresh Mozzarella on Pizza?

This will allow you to enjoy the other toppings that you put on it. Caramelized onions, figs, peppers, arugula, bell peppers, basil, and mushrooms go best with goat cheese. 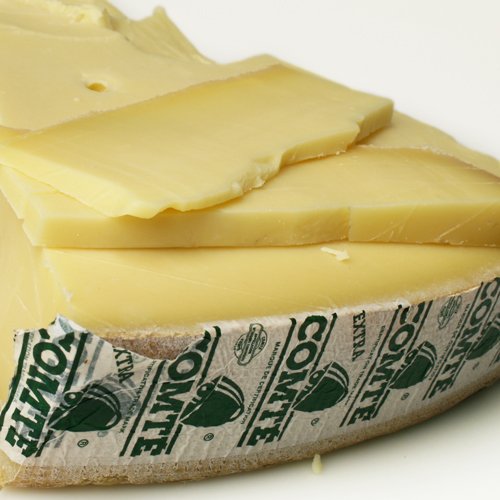 This is a type of Swiss cheese that is made from whole cow’s milk. It is a hard cheese, but it will melt nicely and evenly when in the oven. When you eat the cheese, you will experience a range of flavors. The cheese will initially taste sweet, but will eventually turn into a mild, nutty ,and earthy taste.

Gruyere cheese is commonly used on pizza slices. If you have ever had a New York style pizza, then you have probably already tasted it. Gruyere is best paired with the following toppings: peppers, potatoes, prosciutto, sausage, spinach, pesto, red onions, and caramelized onions. 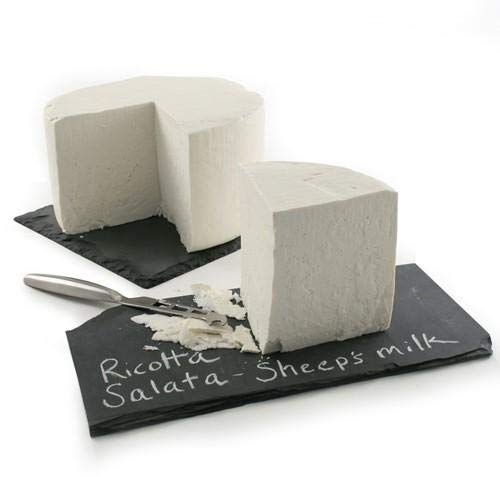 This is a soft Italian cheese that is made from leftover cow, goat, and buffalo milk. It has a mild and slightly sweet flavor and a rich and creamy texture. This cheese is Italian in origin and thus lends itself to a range of Italian dishes, including pizza.

Owing to its creamy consistency, ricotta is often used as a base cheese for white-sauce pizzas. It can be blended with mozzarella, fontina, gruyere, or gorgonzola cheese to form a creamy pizza base. It also goes well with seafood and vegetable pizzas.

A Brief History of Pizza Cheese

What we now know has pizza was first consumed by the ancient Egyptians, Persians, Greeks, and Romans. They probably consumed some form of flatbread or focaccia. Some of the earliest pizzas did contain cheese, as well as tomatoes, oil, anchovies, and garlic.

This flatbread pizza got its start in the Italian city of Naples. The people of the city were mostly poor workers who needed inexpensive food that they could eat quickly. The cheesy and well-seasoned flatbread sold by street vendors did the trick.

The first modern pizza was created by a Neapolitan named Raffaele Esposito. He made the dish for King Umberto I and Queen Margherita during their visit to Naples in 1889. The royal couple was bored with their steady diet of French haute cuisine and asked for something new. 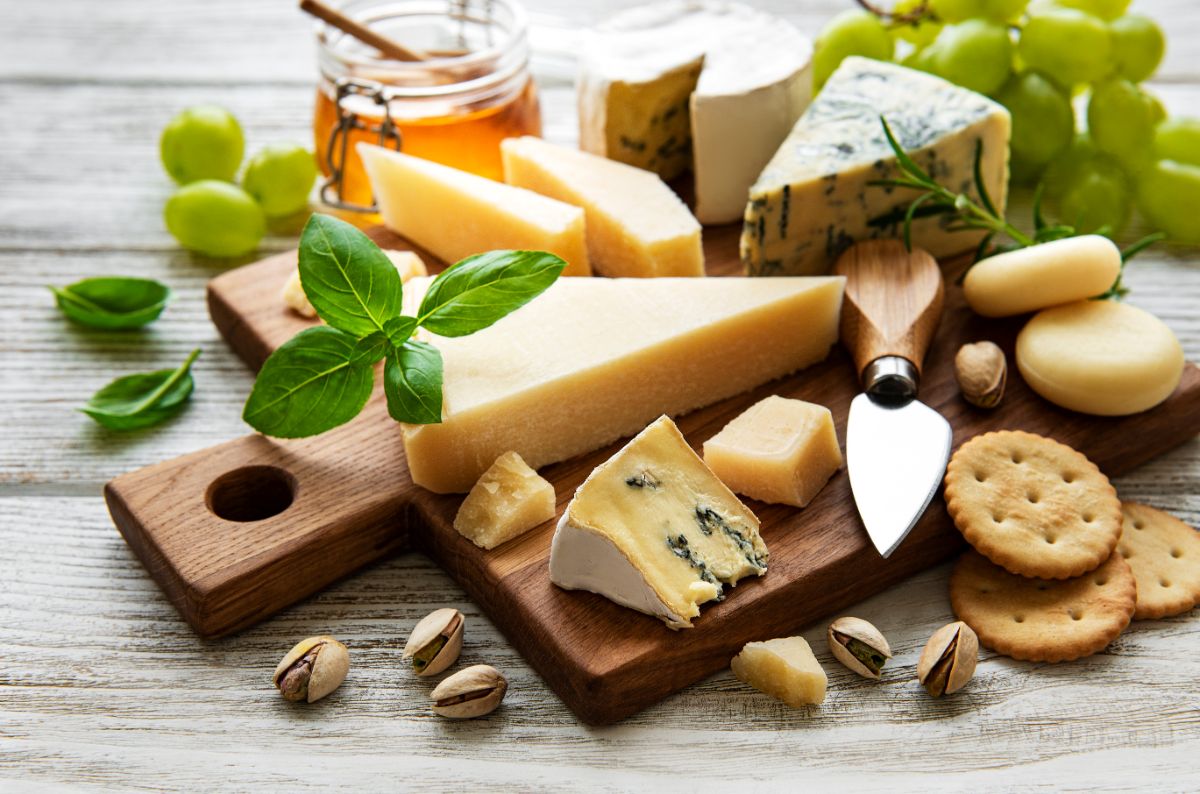 The fact that the queen of Italy ate—and by all accounts enjoyed—the first pizza should have set off a craze for the dish. But this is not what happened. Even the waves of Italian immigrants who came to Europe and America as not enough to make the dish better known.

When Italian immigrants settled in large American cities such as New York, Chicago, Boston, and St. Louis throughout the 20th century, they brought a great many cheese pizza recipes with them. America’s first pizzeria opened in Manhattan in 1905.

However, none of these early moves were enough to make the dish popular with the larger American public. This did not happen until after the Second World War.

Returning American soldiers wanted the food that they had grown to love while serving in the battlefields of Italy. This sudden rise in demand created an entirely new restaurant industry.

Oddly enough, it wasn’t until after World War II that pizza became popular throughout Italy. Until then, it was only eaten in certain parts of the country. But the establishment of American bases throughout the country made it better known.

Since the 1950s, pizza has been a mainstay of the American diet. The types of cheese put on pizza have also grown, and are likely to expand well into the future.