Pizza is one my favorite foods. I eat it as a snack after a night out, but I also have it occasionally for a proper meal—dinner only. Whenever I go out for pizza, I prefer to visit a proper pizzeria. I do so because they use pizza ovens.

The use of a pizza oven makes all the difference when making this dish. And those who know pizza, know that different pizza ovens have different effects on the taste and texture of the pizza.

Below, I describe the different types of pizza ovens so that you can decide whether the pizzeria you intend to visit has the right equipment to make the pizza you like.

What is a Pizza Oven?

It is obvious that a pizza oven is an oven designed to make pizza. However, to fully understand what distinguishes a pizza oven, it is best to compare it to a conventional oven.

Pizza ovens are designed to cook the dough so as to create a crisp crust with a moist interior.  Regular ovens tend to dry out the crust. Wood fired ovens in particular caramelizes the pizza for improved taste.

Wood fired, electric, and gas are a few of the general types of pizza ovens. The main difference between them is the maximum temperature reached by type of oven.

These general types can be broken down into more specific types of pizza ovens that are distinguished by three main factors: how they operate, the amount of space they require, and their cost. Here are some of the most common pizza ovens used in restaurants, bistros, and pizzerias throughout the world:

See also  Should You Preheat the Oven for Pizza? 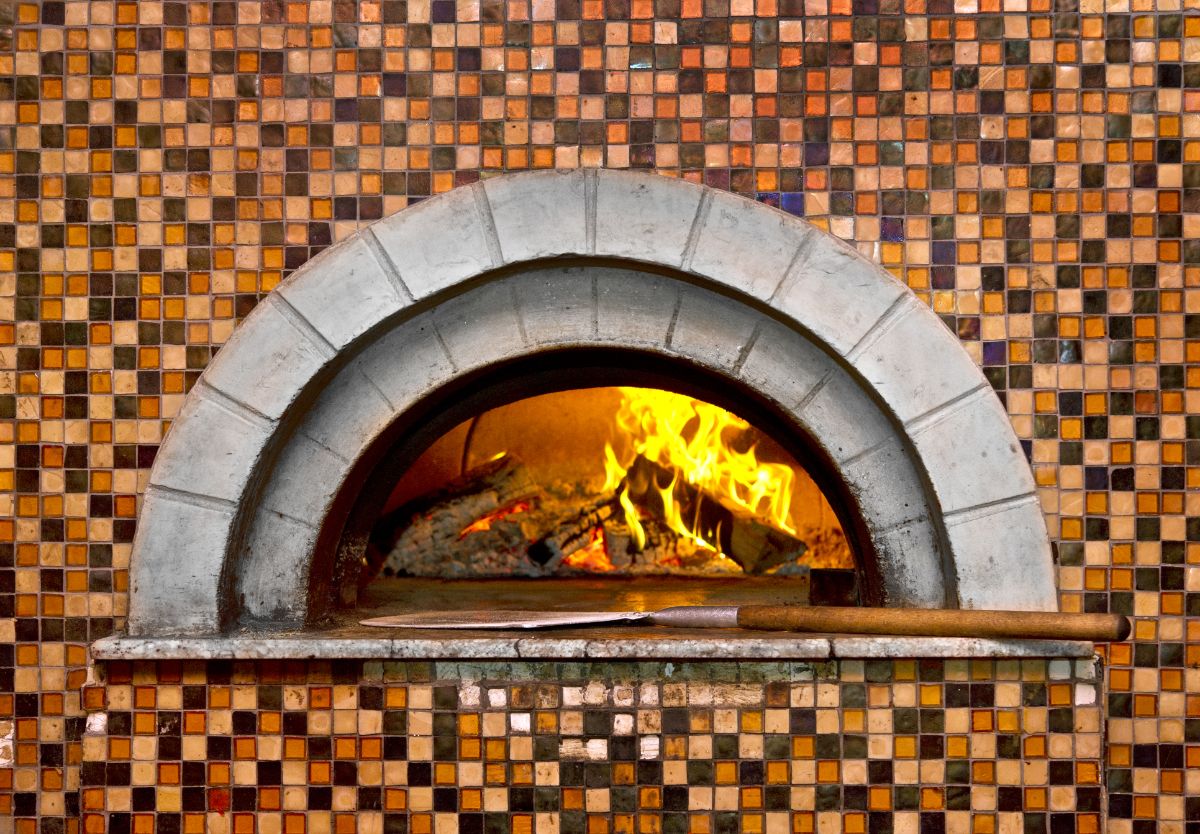 This oven is designed to cook pizza slowly and evenly. The oven is heated by burning wood, which imbues the pizza with smoky flavors. Though the bricks take a long time to heat, once they do get hot the oven is able to maintain high temperatures.

Brick ovens have a preheat time of 45 to 60 minutes, and they can cook pizzas in less than 5 minutes. California style, New York style, Chicago style, Neapolitan, and Sicilian pizzas are the best types of pizzas to cook in this oven.

As the name implies, this is an oven works as a continuous cooking platform. It can churn out pizzas as fast as they can be made. Once dough, sauce, and toppings are put together, the pizza is put on a conveyor belt. The oven does the rest of the work by pulling it through at a set speed. Some models increase production capacity by stacking up to four conveyor ovens on top of one another.

It takes little time to pre-heat this type of oven—no more than 15 minutes. It takes 4 to 5 minutes to cook each pizza. New York style and Neapolitan are the best kinds of pizza to cook in this oven. 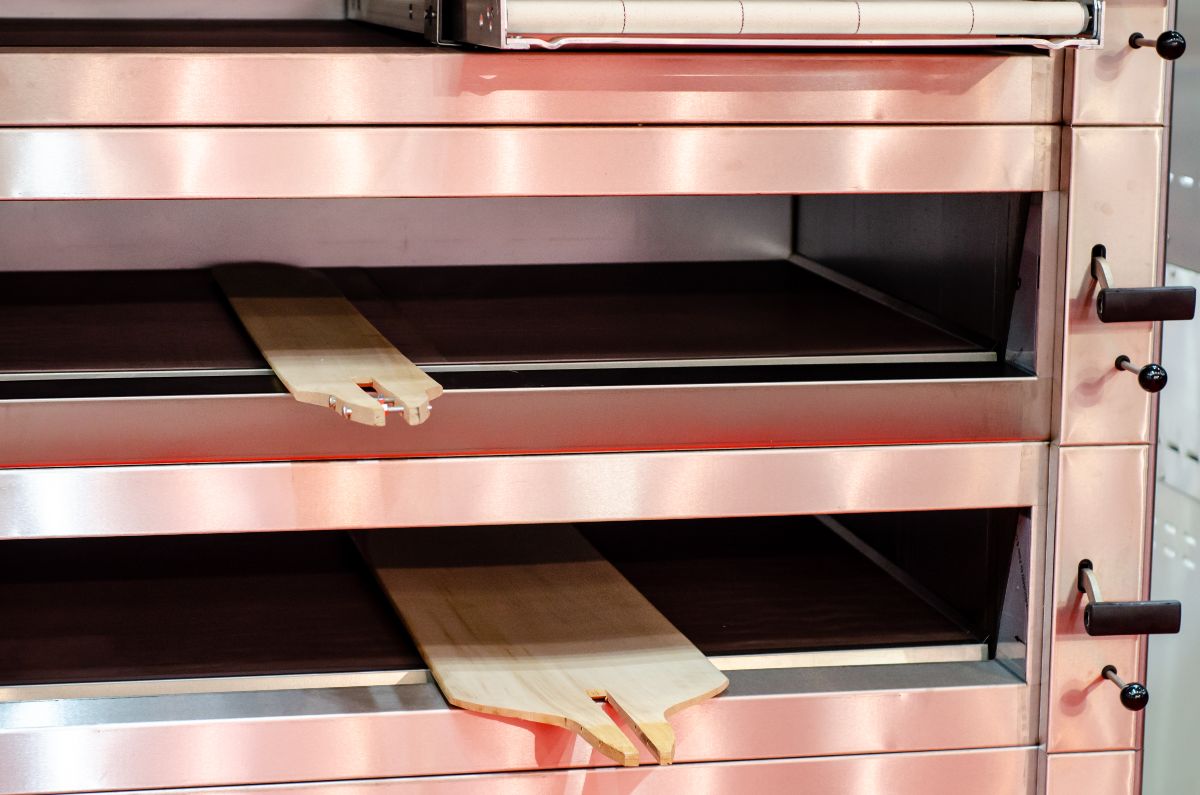 This is an ideal oven for cooking pizza pies. The hot stone decks of the oven directly heat the pizza crust, cooking the dough completely without charring the toppings. Deck ovens also use radiant heat, which sends infrared heat waves to warm the pizza throughout, preventing burned crusts and unmelted cheese.

It takes nearly an hour to pre-heat a pizza deck oven, and it takes between 6 to 8 minutes for it to cook a pizza. New York style, Chicago style, Sicilian, and Neapolitan are the best pizzas to cook in this type of oven. 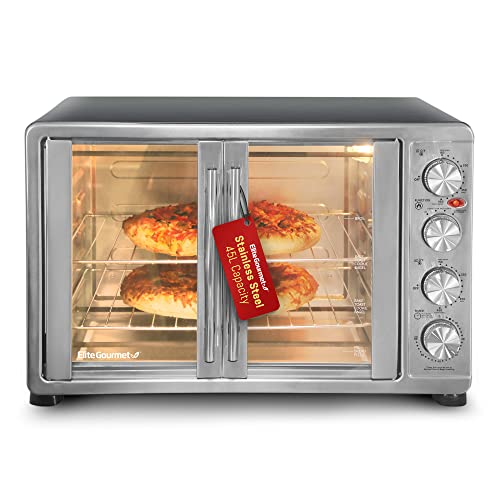 The basic principle of operation for this oven is the circulation of hot air. This allows it to cook each side of the pizza at once. Since the heat comes from circulating air, the oven tends to brown cheese toppings before cooking the pizza dough.

Because they are relatively inexpensive, convection ovens are typically found in non-pizzeria restaurants. It is also easy to maintain these ovens. Cleaning the inside daily and the intake fan weekly are all that is required to keep the oven in good shape. 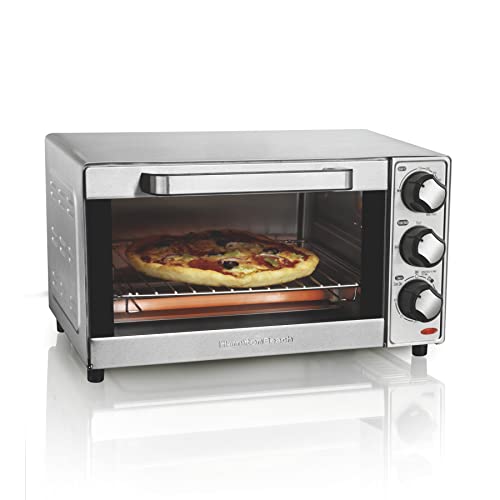 These are electric pizza ovens that can be installed anywhere there is an electrical outlet. These types of pizza ovens are used mostly by mobile canteens and concession stands.

These ovens can also be used in private kitchens, and there are more than a few pizza enthusiasts who have installed them. Countertop pizza ovens are smaller than the ovens described above, which means they produce fewer pizzas than their regular pizza ovens.

You can pre-heat these ovens in less than 12 minutes. New York style, Neapolitan, and frozen pizzas are best cooked in these ovens.

Pizza ovens have a rather long history. As far back as 29,000 BCE, these types of ovens were used to cook mammoth (a species now extinct) meat. These early ovens had a roasting and boiling pit structure. Other ovens consisted of pits with hot coals covered in ashes. There still exist ancient communities that use pits similar to the latter.

Front loaded bread ovens were first developed in ancient Greece. The further advancement of such ovens was commensurate with the development of the baking trade in general. All of which led to larger and better pizza ovens.

The modern pizza was invented by a Neapolitan baker named Raffaele Esposito. He was the first person to make add that distinctive condiment to pizza: sauce.

The legend goes that Italian King Umberto I and Queen Margherita visited Naples in 1889. Esposito was asked to make them a pizza. He made the basic pie crust and then topped layered it with fresh tomatoes, mozzarella, cheese, and basil. Today, we call this a Margherita pizza, and the sauce that goes on it is still made with the same ingredients used by Esposito.

Though the historical record is spotty, Esposito most likely used what we would recognize as a wood fired or brick fired oven. 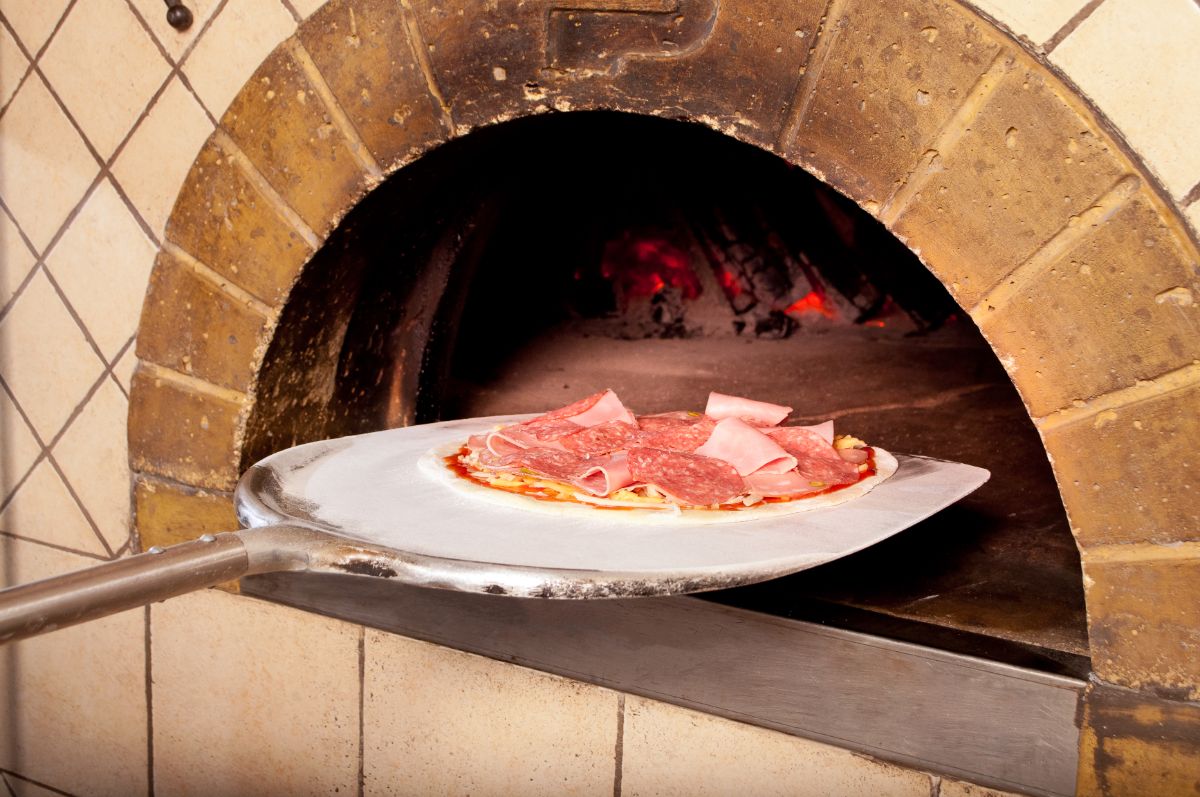 Wood fired and coal fired ovens became common in the 19th century. The 20th century saw the rise of gas and electricity as a heat source. As the pizza became more and more popular in Europe and the United States, the range and quality of pizza ovens continue to grow.

Restaurants that specialize in serving pizzas did not come on the scene until the early 20th century. The first pizzeria in the United States was opened in 1905 by Gennaro Lombardi. He established his restaurant at 53 Spring Street in New York City. This pizzeria is still in operation in the same city, though it has changed location.

See also  What Wood Should Use in a Pizza Oven?

Pizza began its ascent as a global food in the years that followed the massive Italian immigration to Spain, France, Britain, and the United States. These immigrants brought not only their recipes but their knowledge of pizza ovens. However, at this time, the making of pizzas remained limited to ethnic Italian enclaves in London, Paris, New York City, and Chicago.

Pizza is now a mainstay of the American diet. It has also become a major part of the food industry in America, which has helped globalize it. Though today’s pizza ovens function along principles similar to stone age ovens, they are now larger and much more sophisticated and effective at heating dough and making it into a tasty crust.

How can you tell when a pizza oven has been sufficiently pre-heated? 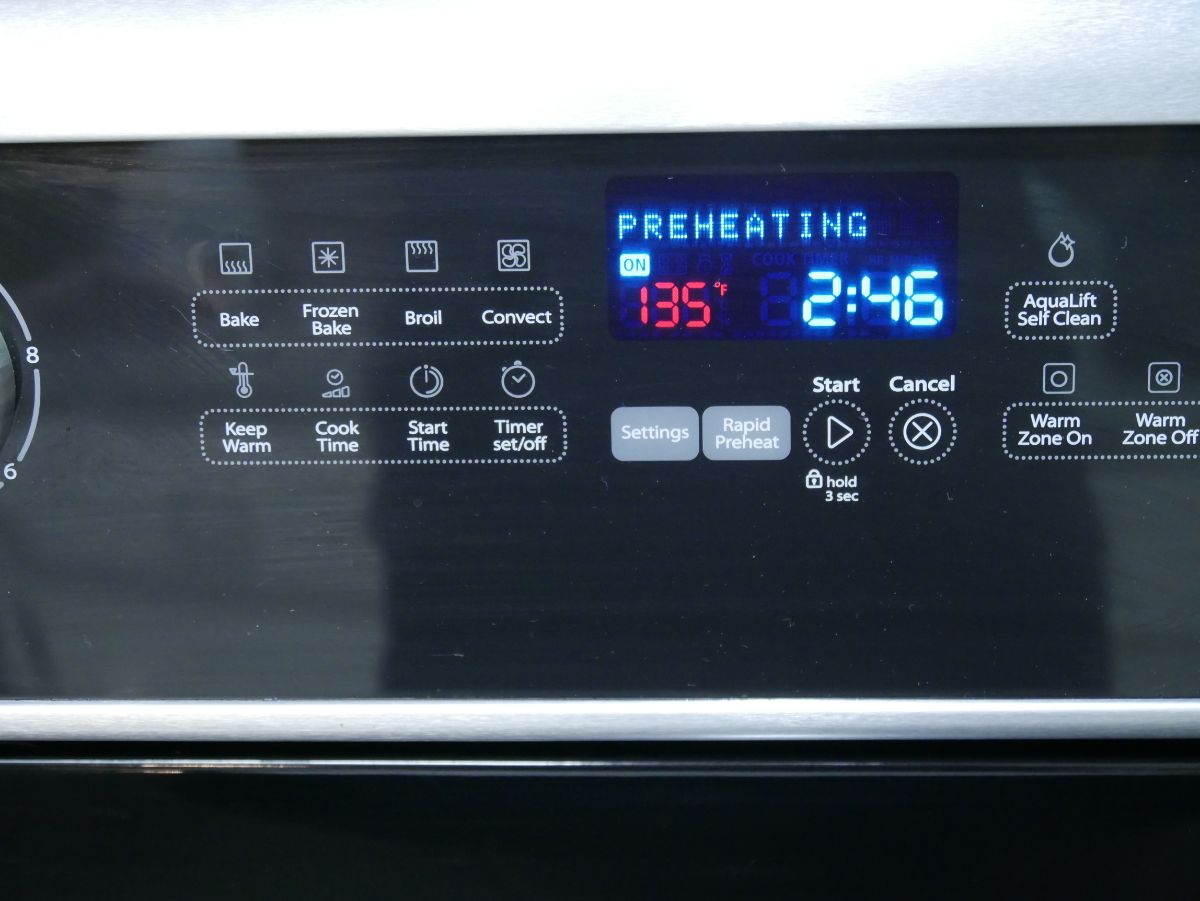 In most instances, you will need to follow the guidelines provided by the oven manufacturer. In a wood fired oven it is easier to tell by sight. The oven is ready to cook when the fire begins to slow down, the flame becomes more sluggish, and the dome becomes a clear color.

Is an oven floor necessary for a commercial pizza oven?

The simple answer is: yes.

How is the oven floor made?

Should a pizza oven be insulated?

Yes. The task of pizza oven insulation is to prevent the dispersion of heat from the oven. With a solid amount of insulation, the oven will retain a large amount of heat, allowing it to cook the dough thoroughly.

Is pizza that is cooked in a wood fired oven tastier? 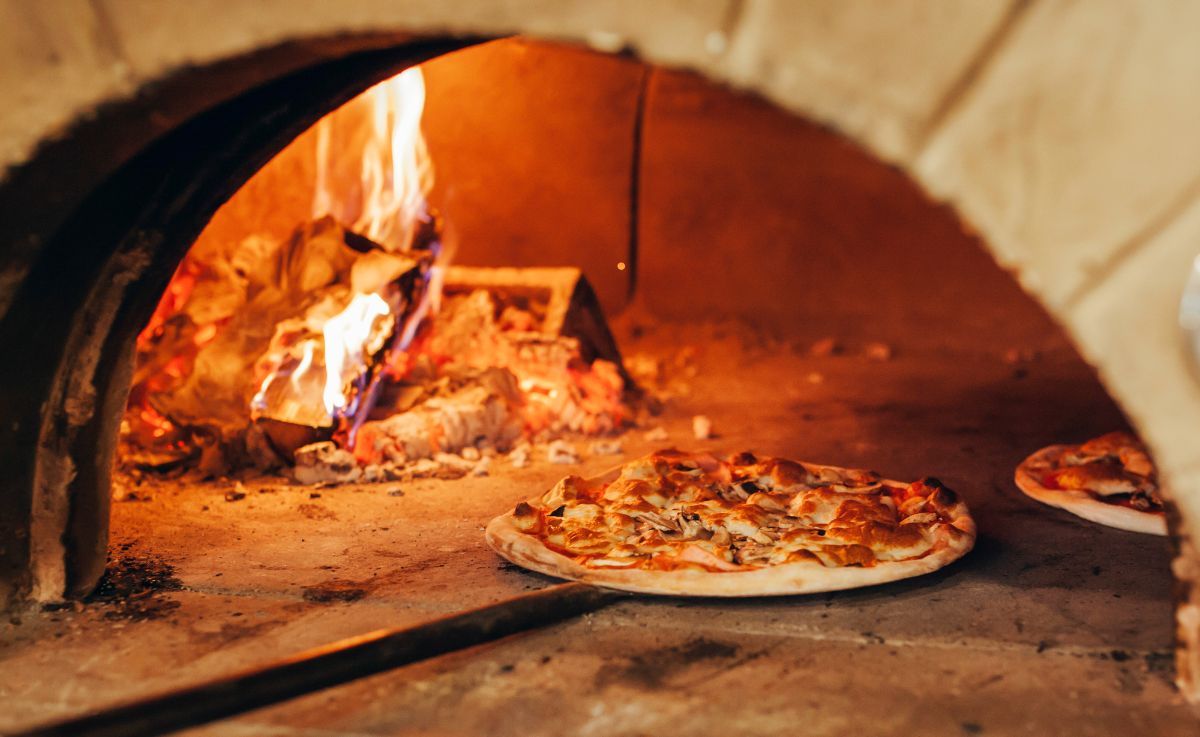 Yes, and there are three reasons for this. First, the cooking temperature of wood fired ovens is uniform, which allows the pizza to cook evenly without sudden cooling.

Second, wood fired ovens can reach very high cooking temperatures, which is especially good for pizzas with meat toppings. Third, wood imbues the pizza with a smoky flavor, which greatly enhances its taste.

How long must a pizza oven remain fired?

A wood fired oven need 40 minutes of flame before it is ready to cook. However, there are ovens that require less than 20 minutes of pre-heating and others that need up to an hour of heat before they are ready.

Should I only go to restaurants that use a certain type of pizza oven?

You should keep your mind open on this front. In general, wood fired and brick fired ovens make for the best pizzas, there may be restaurants and bistros that have equipment or use methods that yield really good pizza.

The reputation of the restaurant or bistro you intend to visit should be your guide, not the type of pizza oven it uses.

Is it worth buying a countertop pizza oven?

If you eat only frozen pizzas at home, then it is probably not worth it. But if you like to experiment with gourmet pizza that you make from scratch, then a countertop pizza oven may be well worth the investment.