As any current or former college student can tell you, a big bag of store-brand pizza rolls is quite a deal. Not only are the plethora of tiny pizzas cheap, but they are also snacks of substance in a pinch of time. Are they good for you? Not particularly. There’s also a high probability that in the future you’ll be embarrassed about the quantity you chowed down on. However, pizza rolls do the trick when they need to.

That includes post-college when you’ve been hired at the bare minimum and have more financial responsibility on your back than you can afford. I digress. That stigma of unhealthy quickness probably wasn’t what Jeno had in mind when he invented the handheld pocket of goodness in the ’60s. If you were a kid before ’93, when they were rebranded, you might remember Jeno’s Pizza Rolls.

For some, they are nostalgia. For others, a warm snack that’s not a dessert. Whatever reason you eat them, we all know it’s good to have a little variety.

In addition to some wacky combinations of flavors, we have some interesting packing methods for those ingredients. It’s hard to tell what is best and a frozen food company is coming up with something new all the time.

What we all can surely agree on is, that no matter what’s inside, the first few are like biting into a boiling witch’s cauldron. Even though you know this pizza bite is too hot, you continue to eat it anyway. You could stop there but you won’t. They are just too good to wait. 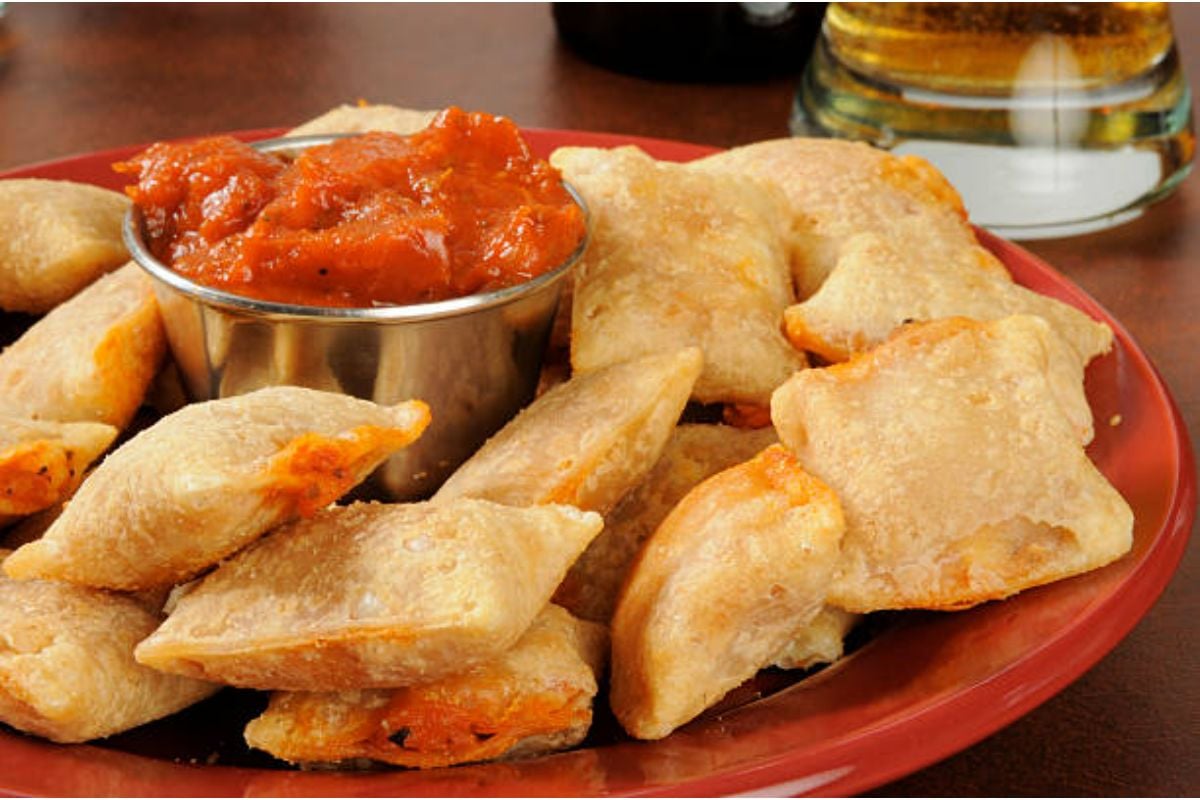 Who doesn’t love a classic? This is the one you picture when you hear pizza rolls. They are essentially rectangle toasted bread pockets stuffed with marinara sauce, mozzarella cheese, and square bits of pepperoni. Short, simple, and to the point. 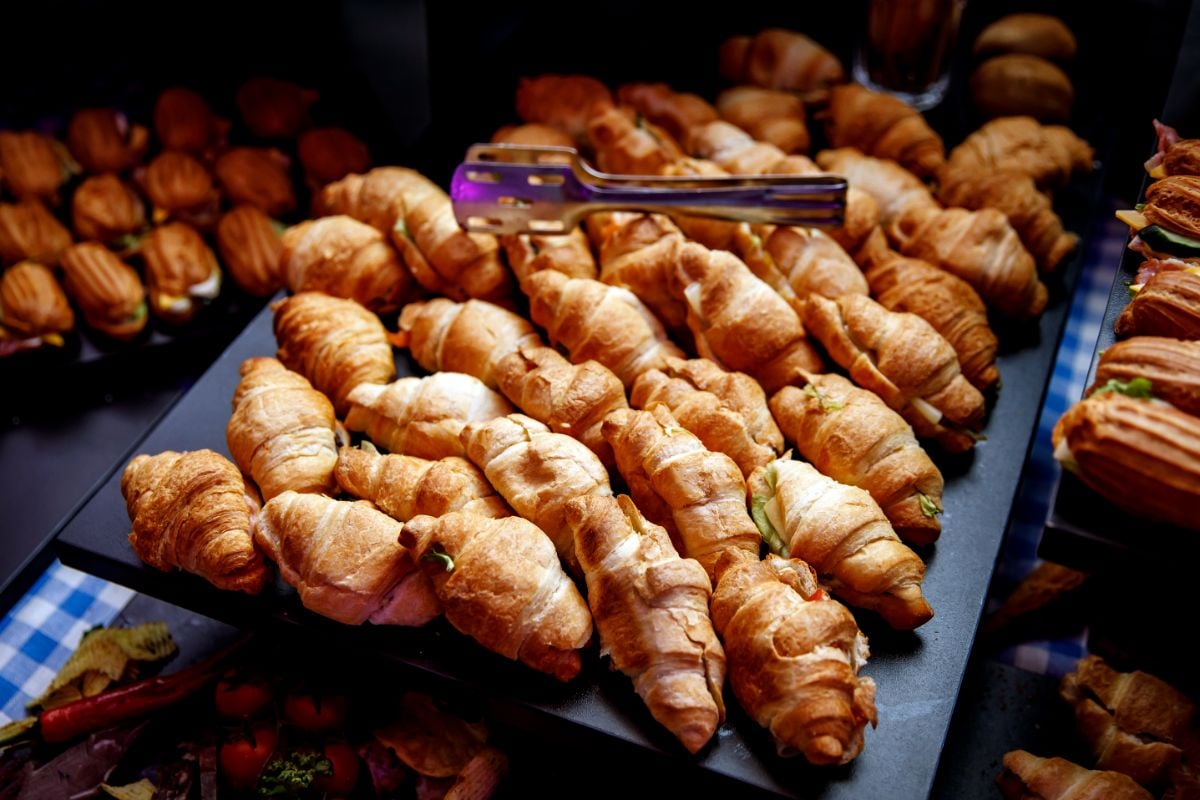 The same as the original but instead of the breading being tucked in on the sides like a tiny meat pie, it’s actually wrapped up in a croissant. They are still small enough for the palm of your hand, but it’s more fun to watch the cheese stretch as you pull it apart. 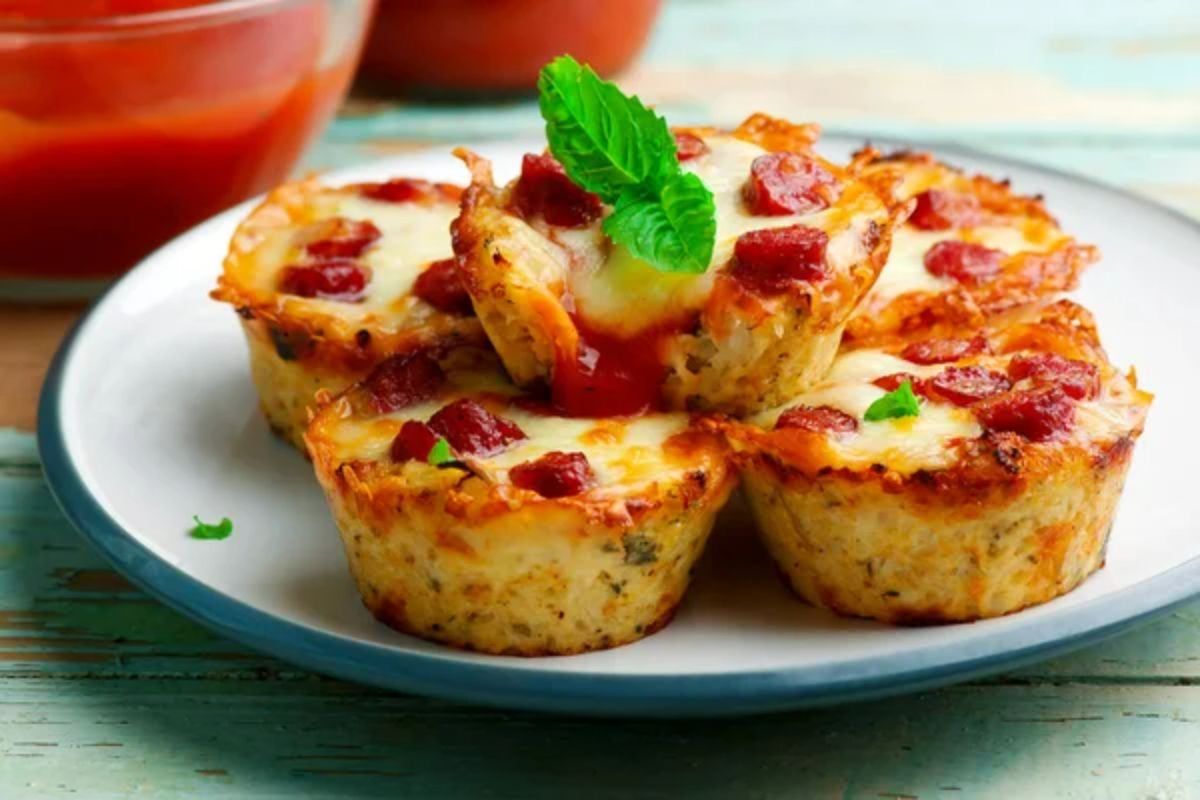 These take the concept of pizza rolls and lay them flat. What we’re talking about is half a mini bagel with all the ingredients from inside the original spread across the top. You know, instead of cream cheese or jam. 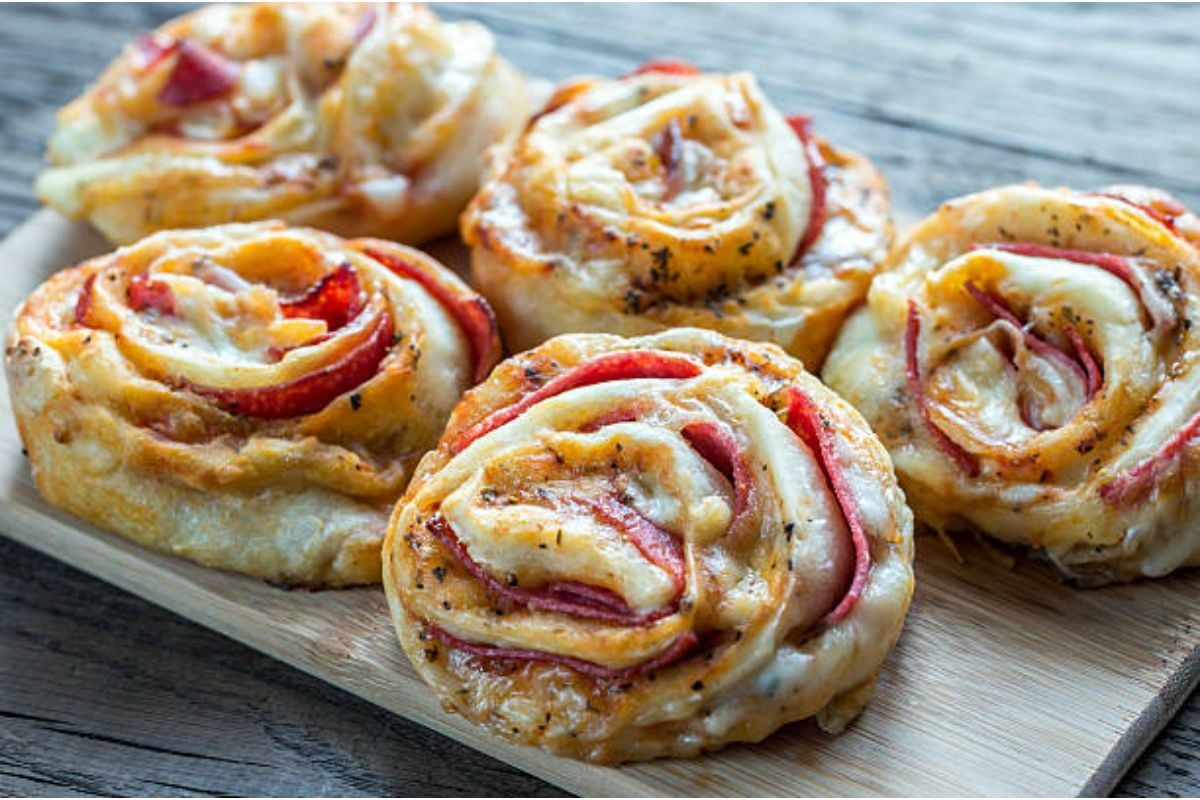 This is a cross between the pinwheel sandwiches and pizza rolls. So, everything from the original but instead of pockets, they use flatbread. Then each is rolled up and toasted. They are probably twice the size of a regular pizza roll but with less grease. 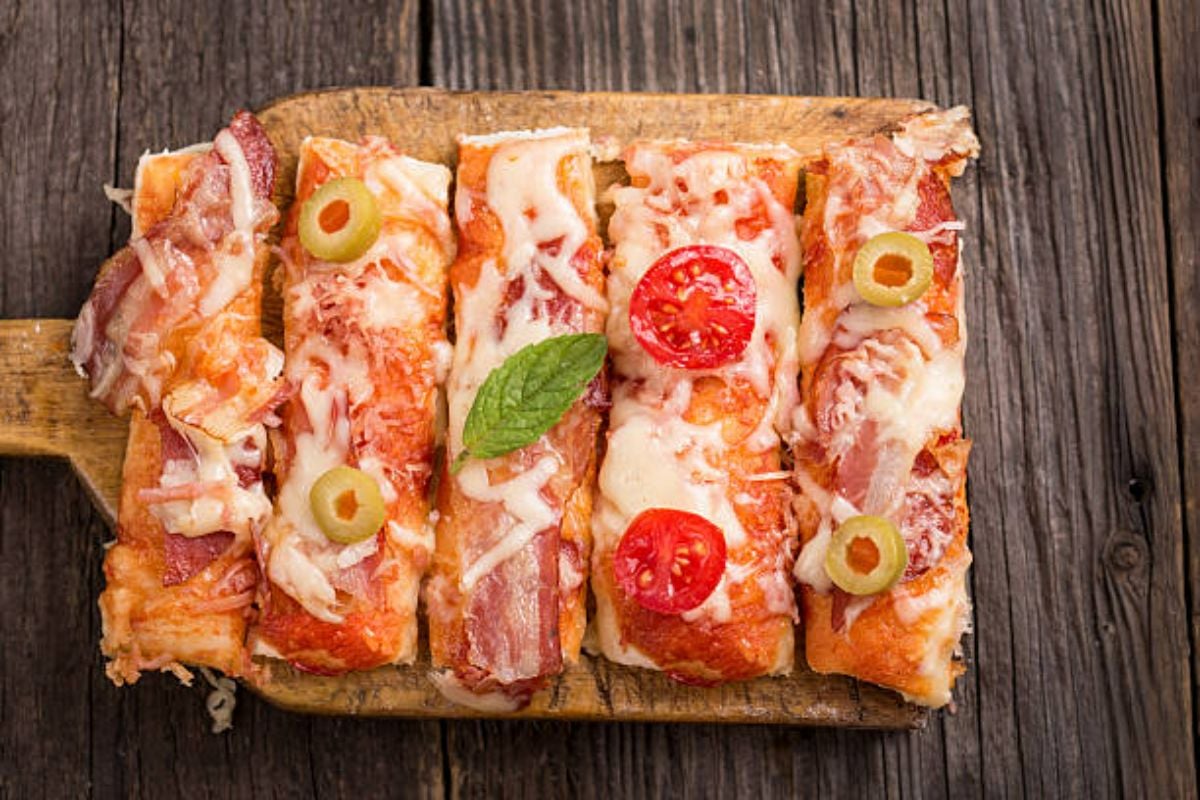 This is for the kids who have now grown and are still lovers of pizza rolls. Imagine a pizza roll that wasn’t bite-size. Instead, it was big enough to be an entire entree. Everything you loved about the tiny rolls, only we’re not playing anymore. 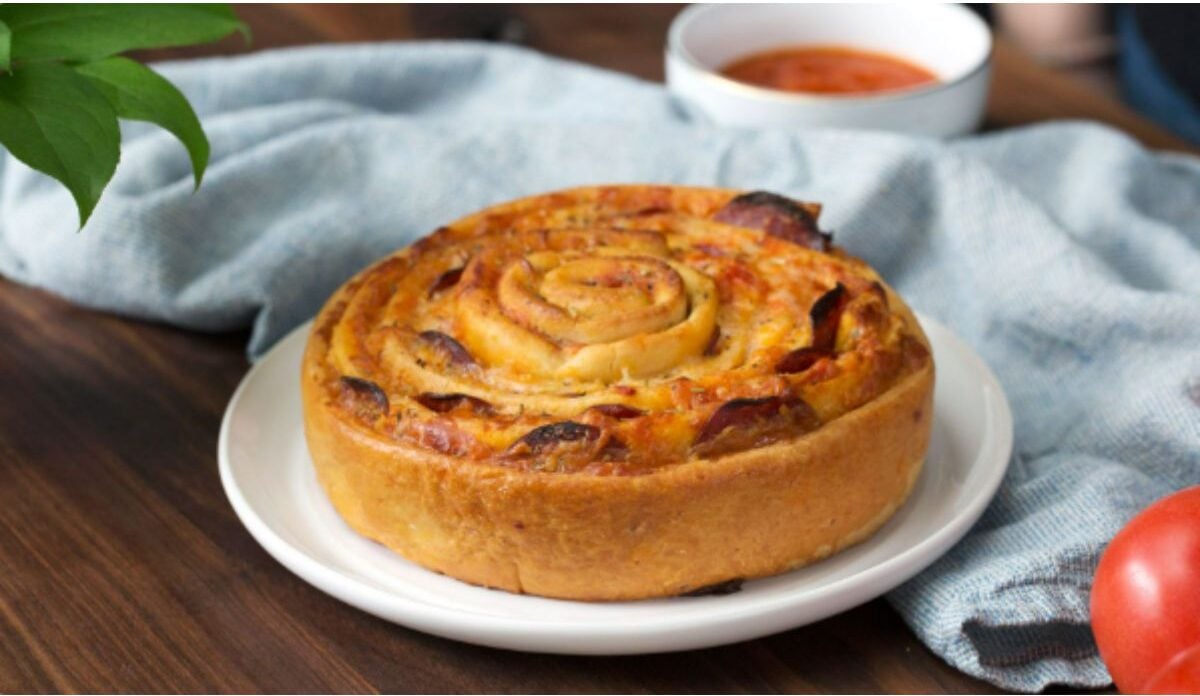 Maybe pizza sticks aren’t big enough. Sure, they’re an entree, but you want the pizza roll to encompass the entire meal. I’ve got you! These are like if the original pizza rolls were hit with a laser size-ray, like in Honey, I Blew Up The Kids. They are suddenly a pound and take up an entire plate. Bon appetite. 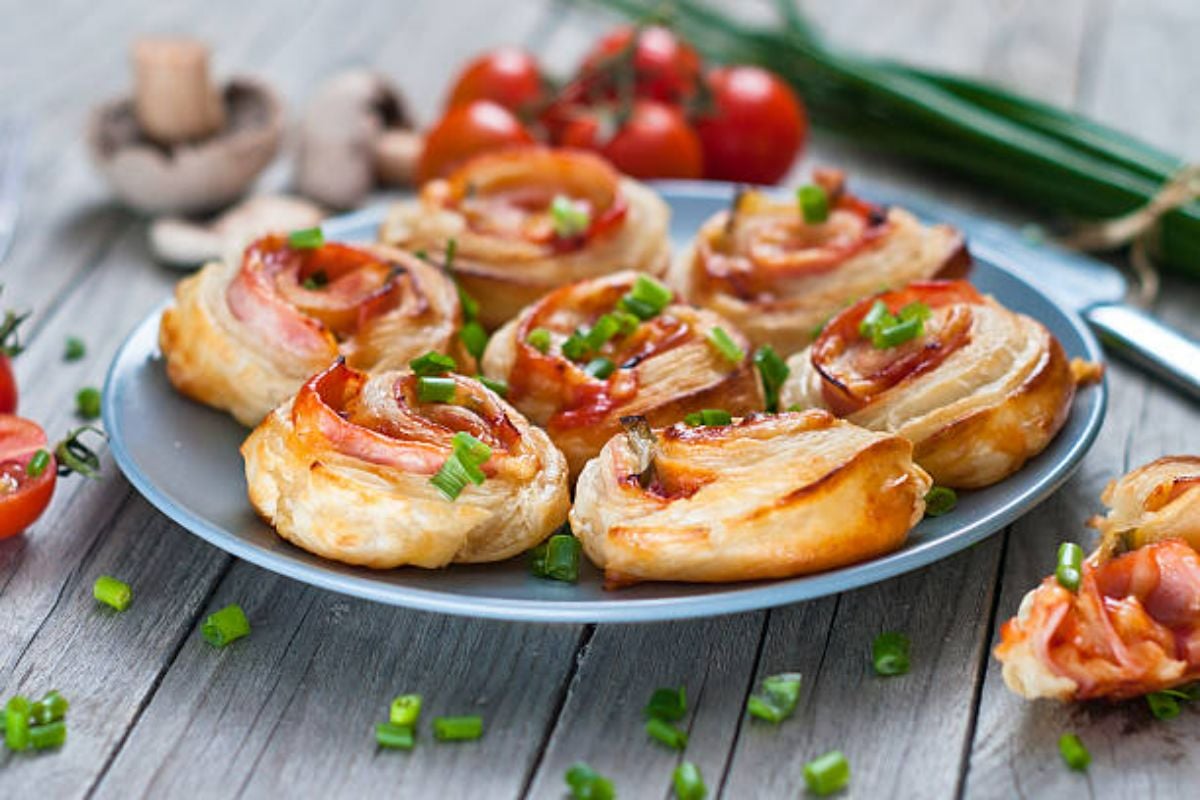 If you have itty-bitties in the house, or just feel like grabbing two instead of the one thing you wanted, there are even tinier versions of the already tiny food. Not sure this is the best type, or worthy of its own packaging, but it is a type. 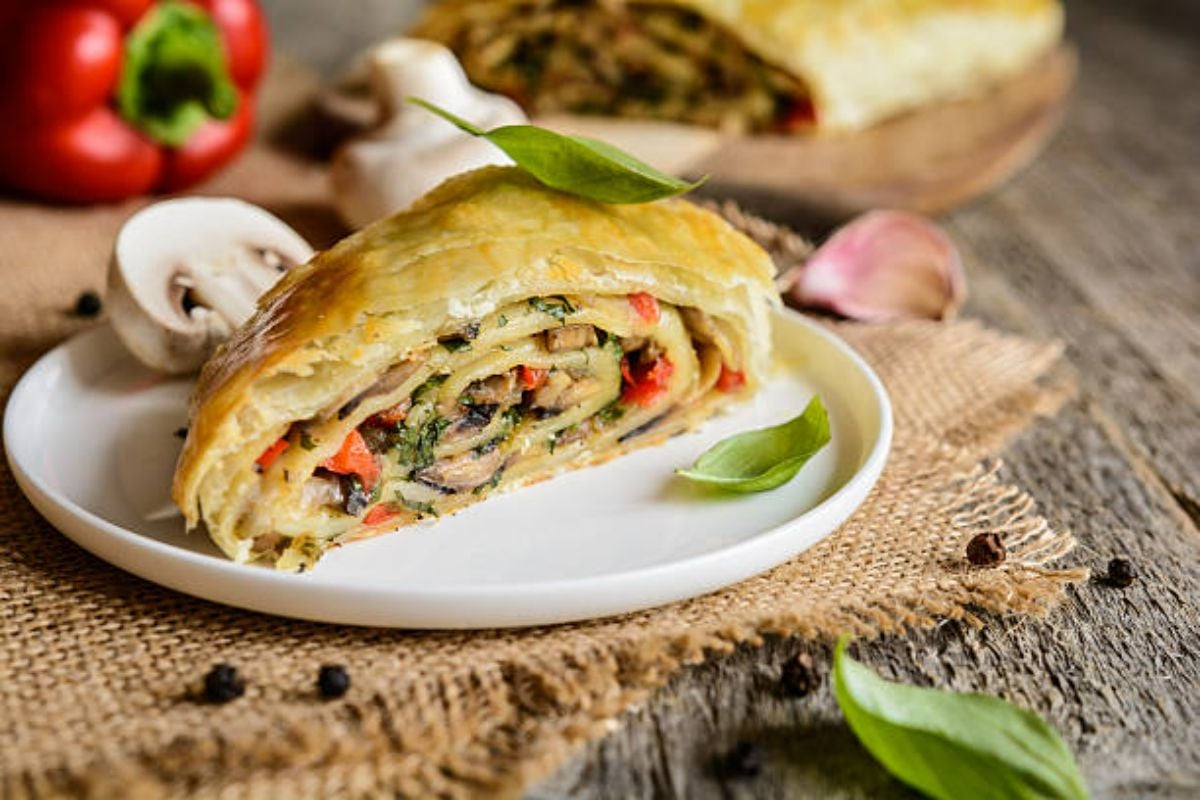 As previously mentioned, we all know the pizza rolls of today weren’t meant to lower our cholesterol. There are those ambitious snackers who just aren’t ready to give up their warm, cheesy goodness just yet. For those who are trying to do better, there are vegan pizza rolls. You can expect the same feeling but with organic tomatoes and vegan cheese. So, at least you can tell yourself you made an effort. 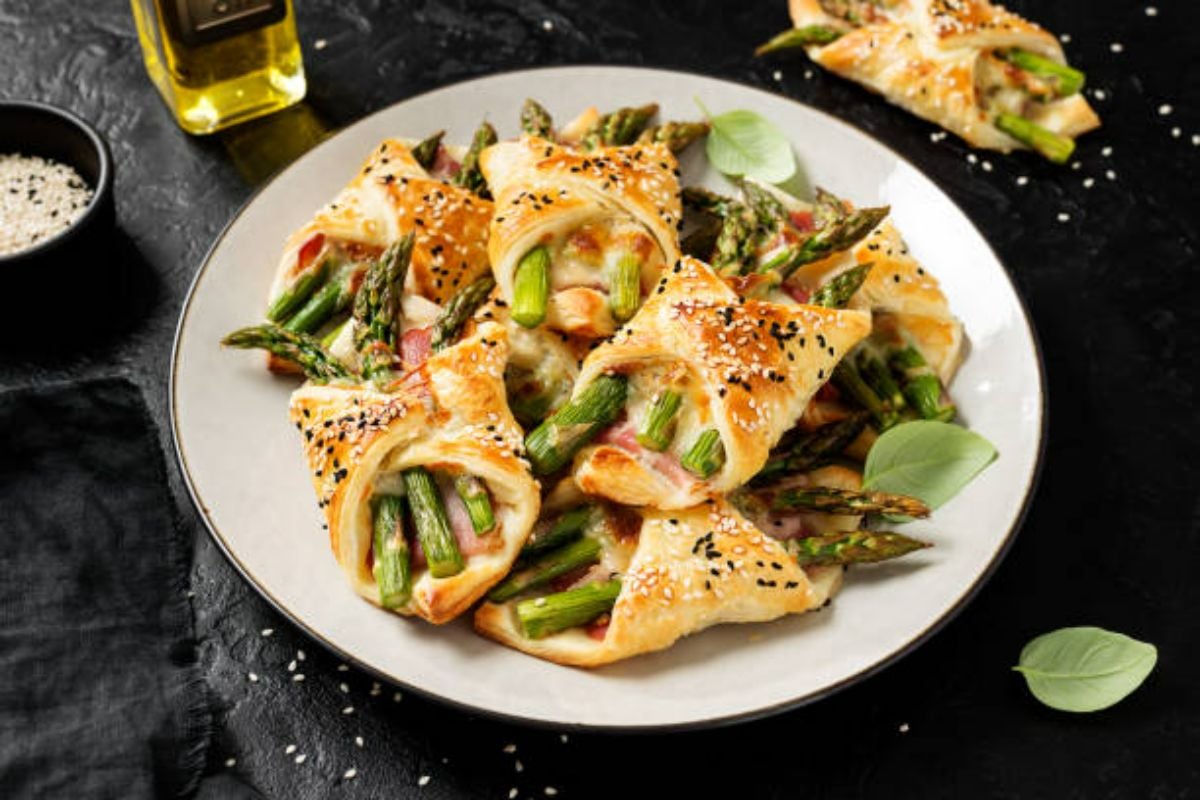 Okay, you may be thinking, isn’t this the same as a vegan roll? No, but they are in the same spirit. Here, we have what looks like a tater tot but is filled with vegetarian pepperoni and vegan cheese. The protein here is the main difference and it’s all plant-based. 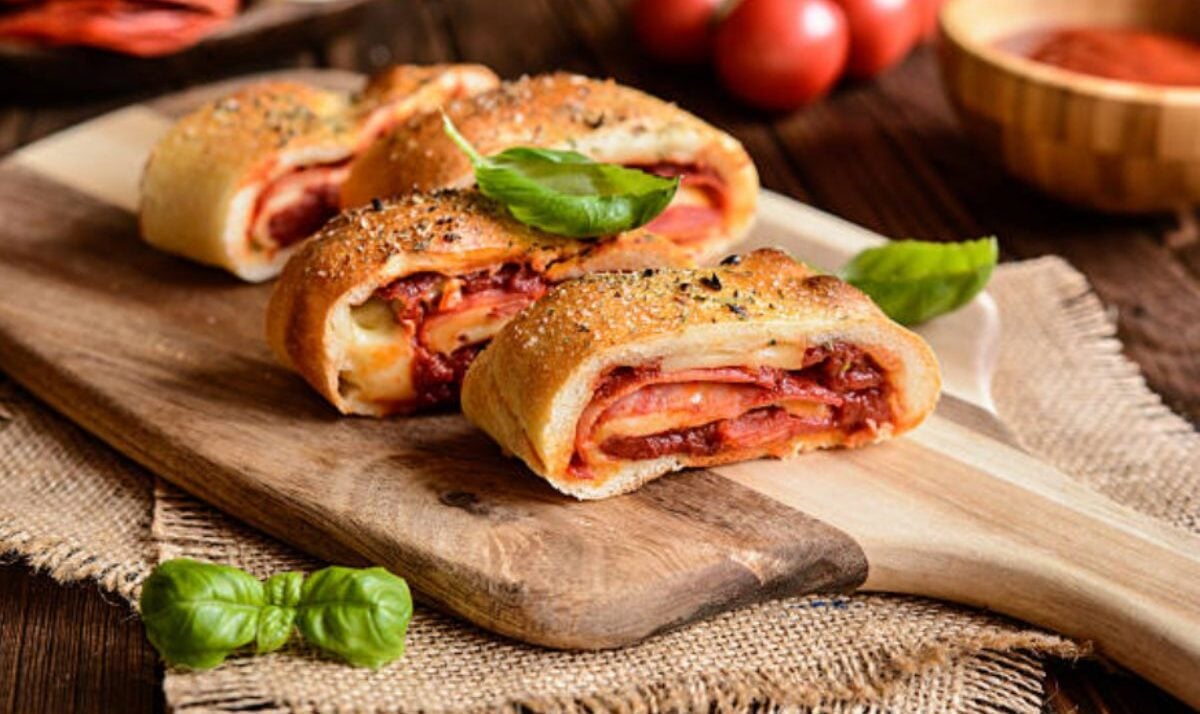 Perhaps what you crave is a less processed pizza roll. For you, there are short baguettes that are hollowed out to include sticks of pepperoni and a cheese mix on a marinara bed.

The Most Popular Pizza Roll

If you aren’t thinking about getting something to nibble on at this point, have you even been reading this article? No skimming, these facts aren’t cheesy. This is all about the best finger food, pizza rolls. With all those options listed above, it would be informative to learn more, right? Perhaps you’re thinking of your favorite type now?

According to the Chicago Tribune, the best version isn’t the name brand but actually the grocery store version. Yes, once again, you’re wasting money paying for a name. So, the store brand is the best, but what about the array of flavors? The most frequently purchased is the combination, which is a pepperoni and sausage mix.

Similar to Pizza Rolls but Not

Pizza is probably the most popular food in America. There are so many types of pizza that it only made sense to create a quick, microwavable alternative. With the overwhelming success of pizza rolls, it was only a matter of time before there were more frozen pizza-like creations. 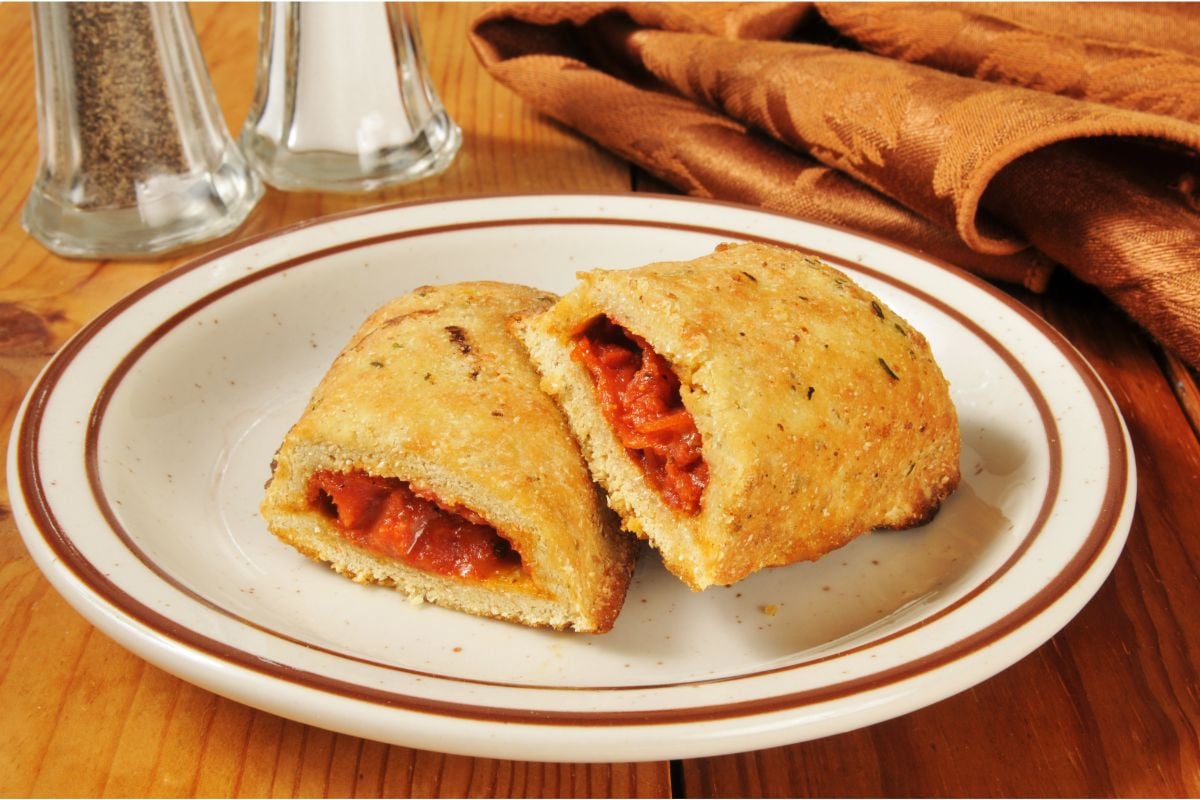 At first glance, it’s easy to see why there might be a connection. However, the producers of the equally mouth-burning substance have viewed Hot Pockets as more of a pizza burrito since their introduction in the mid-80s. Unlike pizza rolls, Hot Pockets has expanded past its pizza beginnings and now boasts flavors such as Philly cheesesteak and chicken broccoli.

Not to mention a lean option. Take note, pizza rolls! The outside of the pocket is much thicker and they are the size of a hand, as opposed to fitting in the palm. 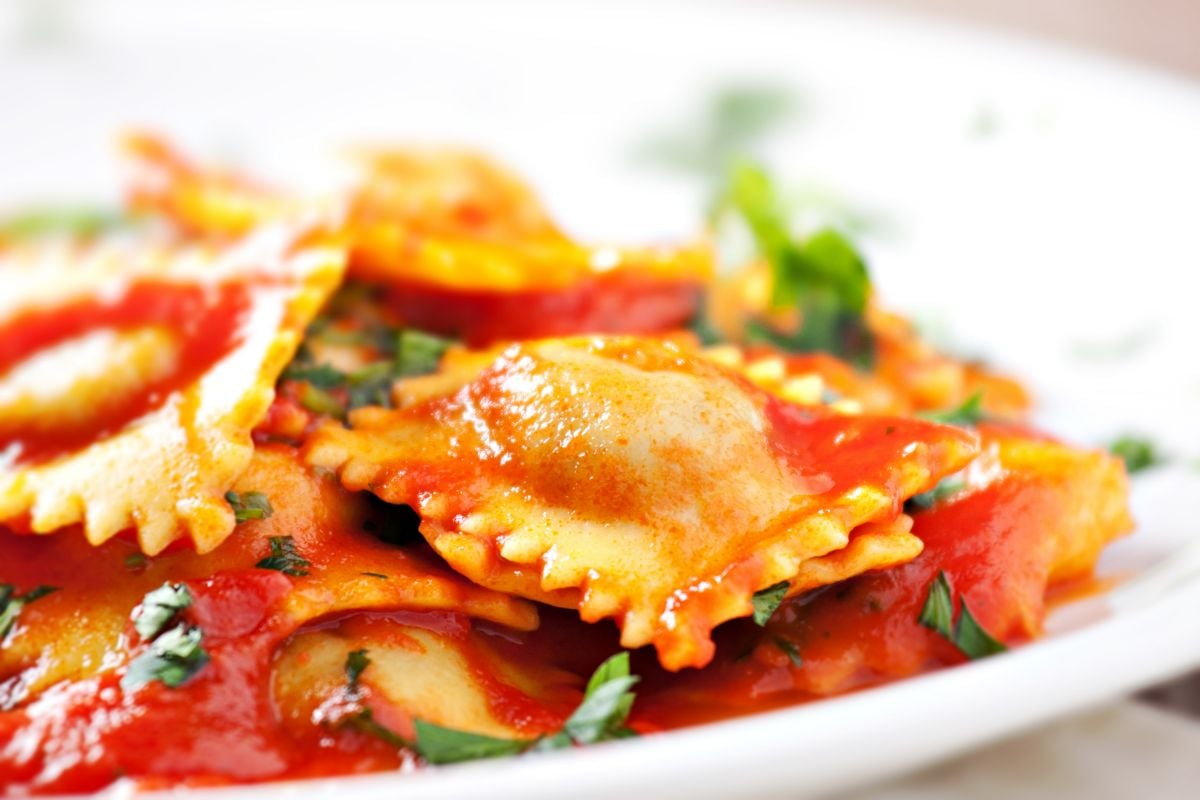 Pizza rolls are not ravioli. Not sure why this is even a question, but it has divided parts of Reddit and other corners of the internet. Sure, the ravioli has meaty or cheesy goodness inside, but the dish is soaked in tomato sauce.

Imagine ravioli sans sauce. Or a pizza roll smothered in it. They aren’t interchangeable but are quite good independently. You also could not get pizza rolls at your favorite Italian restaurant.

To be fair, there is fried ravioli, which might add to the confusion. These are still bigger than pizza rolls and breaded for frying purposes. They are still stuffed like ravioli, though, not pizza rolls. 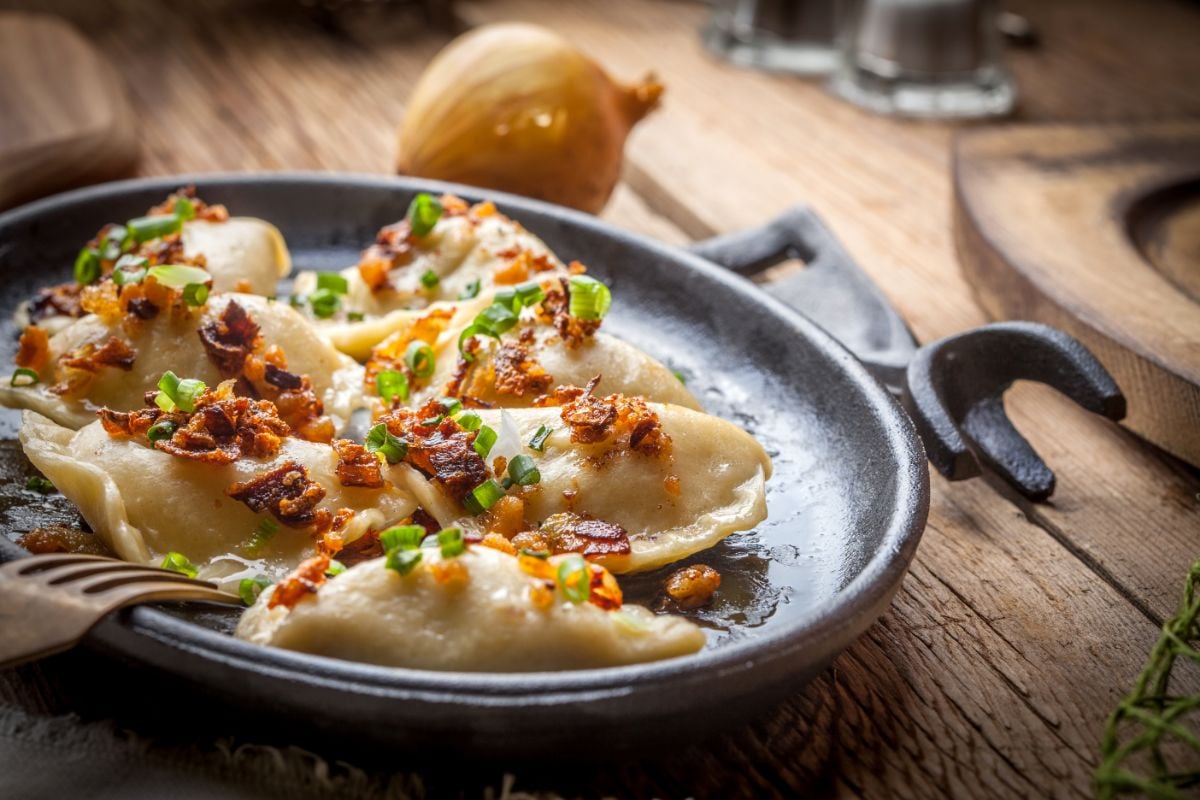 Another unrelated but often compared food item is the much doughier dumpling. Like pizza rolls, dumplings are stuffed but typically with very different ingredients. The outside of the dumpling is pretty thick. Again, the pizza roll is kind of flat, aside from the filling.

The walls of the pizza roll are just thick enough to contain hot lava but thin enough to disintegrate and expose the lava quickly on the tongue. The flaky crust casing is actually not meant to be more than that. You just need an easy vessel to toss the pizza in your mouth, the pizza roll does that trick. A dumpling outside is as important as the inside.

So, we’ve learned about the types and what isn’t a pizza roll. What about unique ways to serve them? Whether you’re trying to be classy, feed friends, or treat yourself, we’ve got a few ideas to keep the pizza rolls from becoming boring. These work with most pizza roll types. 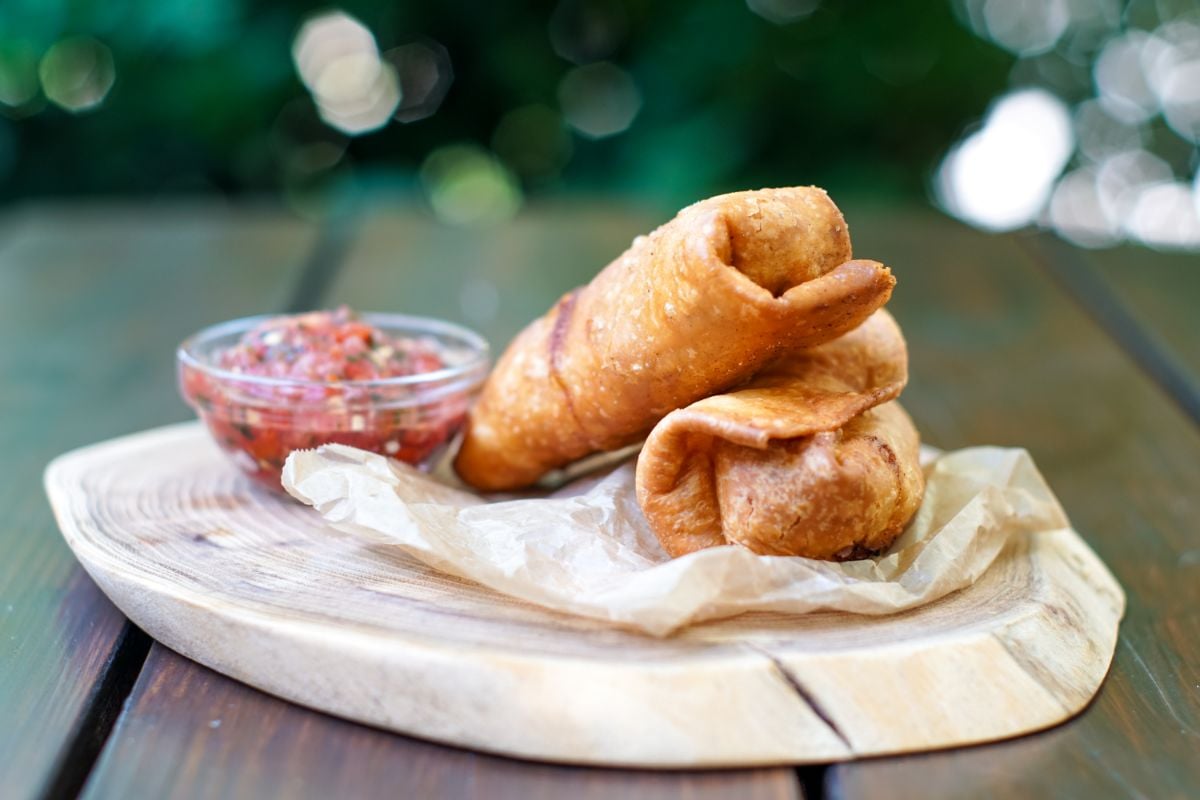 You have likely heard of, and maybe even been disturbed by, fried butter or Oreos. It seems like at any state fair, there’s a challenge to fry anything edible. Pizza rolls are no exception. If you find the outside of a pizza roll is kind of soggy, limp, or unappealing, you might want to try deep frying or use an air fryer.

What that will do is create an ultra-crispy pizza roll, because who doesn’t love a good crunch? 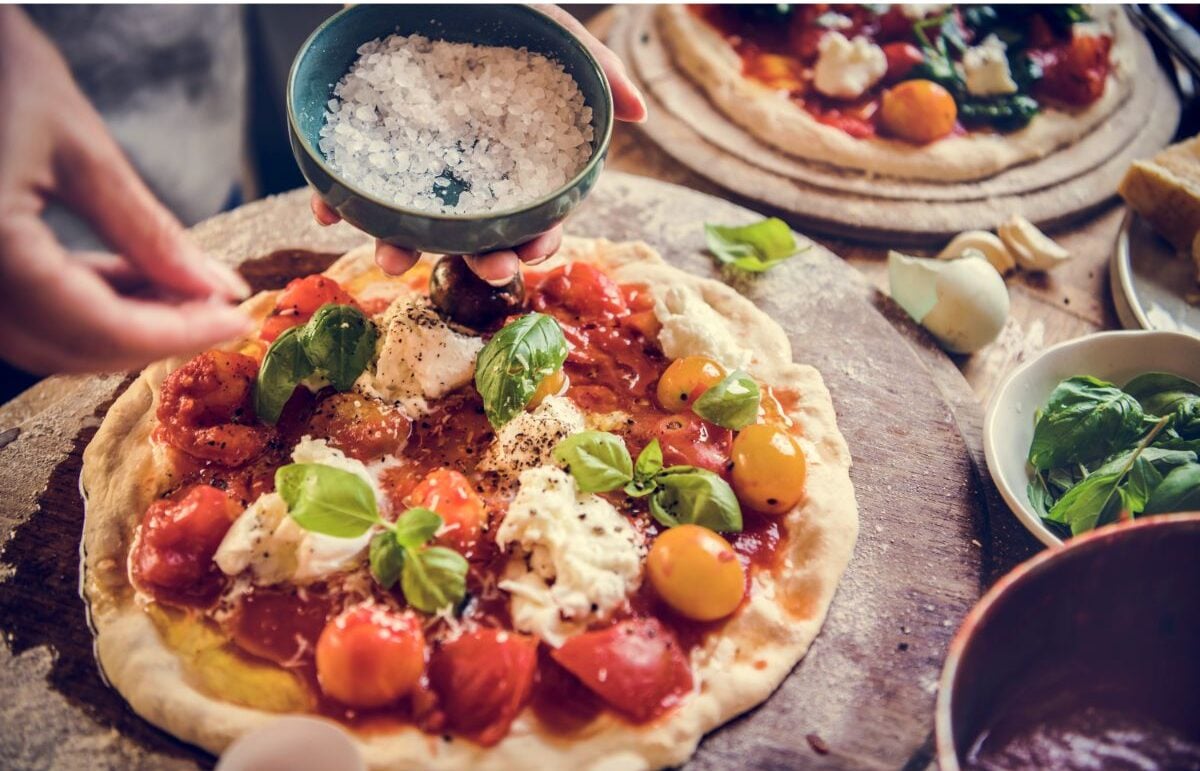 One complaint about pizza rolls is that they aren’t really seasoned a whole lot. They sort of expect the sauce mixed with other ingredients to take the place of paying attention to the crust. This is fine in a hurry but you probably bought a giant bag. In order to keep from burning yourself out, get the spices out!

Add the Italian seasoning, sprinkle on salt and pepper, and roll them in chili flakes, or garlic parmesan. Get creative and invent your own version of pizza rolls. 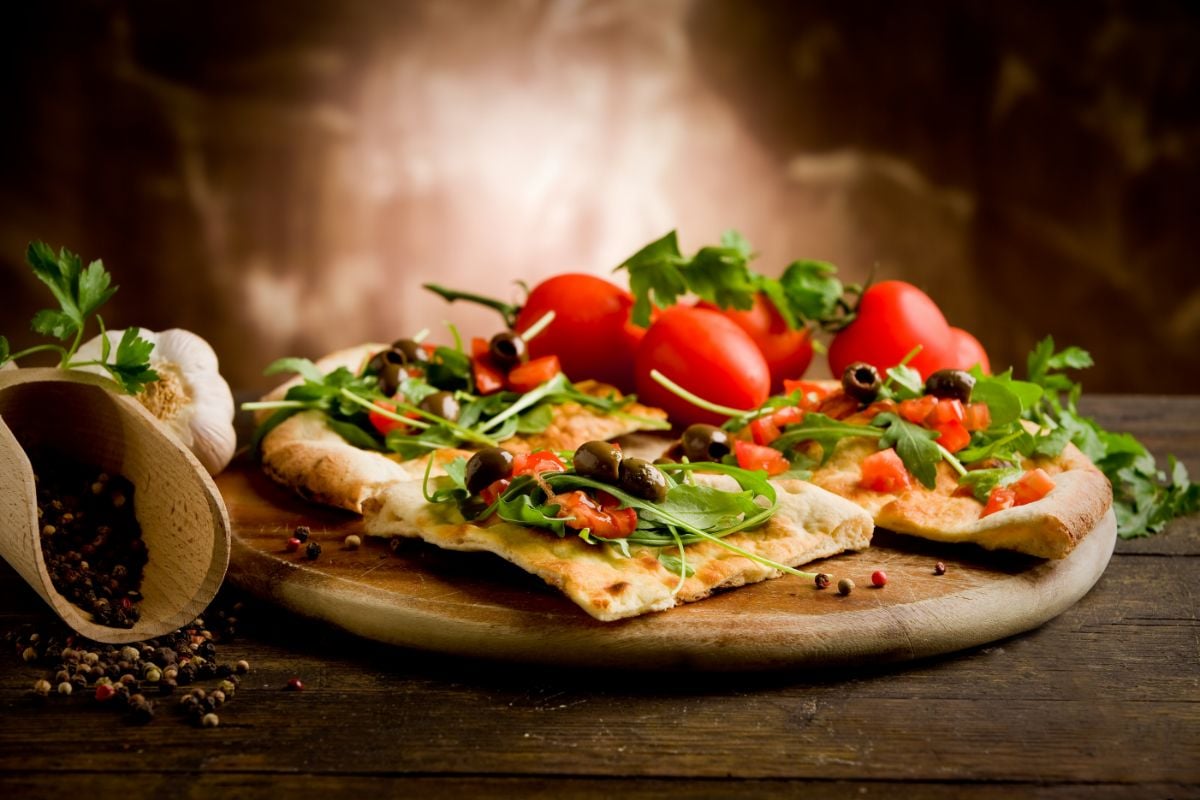 Okay, aside from the less processed types of pizza rolls listed, you aren’t going to improve the quality all that much. What you can do, though, is make them part of a larger meal that will have your body thanking you. A great way to do this is to make several and chop them into quarters and toss them in with a hearty bowl of salad. Make it pizza-themed with slices of mozzarella, chunks of tomato, Italian seasoning, turkey pepperoni slices, a handful of black olives, and croutons.

A similar thing has been done with eggrolls. On their own, much like pizza rolls, they are breaded snacks. When added to vermicelli, they become a robust part of a filling meal.

Yes, technically, you could eat them like bon-bons. Please don’t, but you could. All the ingredients are thoroughly baked before they are frozen to get to you. Once they arrive, the best way to consume them is to pop them on a baking pan and let them get all warm and gooey inside.

You can also use the microwave where random spots will remain ice blocks. Either way, you are reheating them, which should be the only way they are eaten.

2. How long can thawed pizza rolls last in the fridge?

Because going straight from frozen takes longer, and ain’t nobody got time for that, many leave pizza roll bags in the fridge. That’s fine, you might want to keep them for quick snacks instead of grapes. Don’t wait too long to finish them off, though. Once exposed to less than frozen temperatures, pizza rolls become risky to eat after five days.

Since there are both meats and cheeses inside, that opens them up to germs or worse. For maximum safety, just leave them in the freezer. In the grand scheme of things, it’s not that much more of a wait. No food is worth getting sick over.

3. Am I supposed to dip pizza rolls?

A wise man once probably said, “Food is at the preference of the eater.” If you’d like to pull a jar of spaghetti sauce out of the cabinet for a little extra tomato on your pizza, feel free. Pizza rolls weren’t necessarily made to be dipped in any kind of sauce, but who goes by the rules, anyway? There are always plenty of people willing to dip just about anything in ranch.

There are several types of pizza rolls, so experiment a little. Perhaps some are less seasoned than others or, like croissant rolls, are a little thicker and could use sauce to break up the dry bread.