Long story short, no, pizza is not fast food. I worked in the pizza industry for almost 15 years. I know the food intimately and can assure you that pizza is healthier than that McSalad you’re about to dig into (gasp!)

Healthier than a salad? Okay, I’m done (crunches into salad.) When it comes to healthy food and junk food, people should recognize that it’s the only job of the advertising industry to sell it. Whatever makes food bad for us just gets pushed under the rug. As an example of what’s bad for us, read up on GMO frankenfoods (some of which go into your McSalad.)

What Is Fast Food?

Well, break it down: fast means not taking hours to accomplish something; food is, well, food. Fast food means a cooked meal you don’t have to wait hours to prepare and consume. I would say if it has a drive-thru, it’s fast food, but some restaurants have a drive-thru. They couldn’t have survived Covid if they hadn’t. 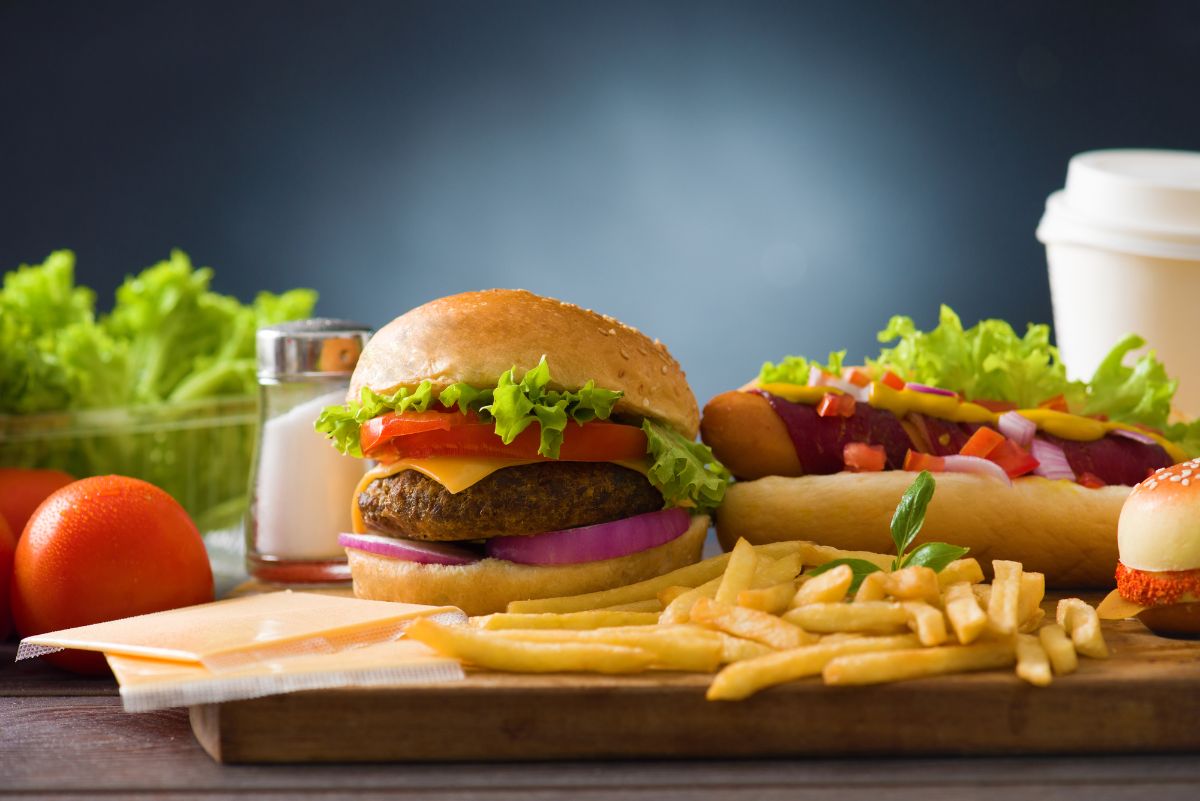 Fast food is mass-produced instead of individually prepared to order. The food comes frozen off a truck, dropped into a deep fryer or on a grill to cook, and then the food is wrapped and kept on a warming tray until an order calls for the food.

You’ll find these fast food places in kiosks on the beach, in corners of the mall, from street vendors, and in convenience stores/fast food restaurant combinations.

Many people picture McDonald’s, Wendy’s, Burger King, and Taco Bell when they want fast food. However, speed qualifies a lot of places as fast food, such as:

Bread dough is made of flour and activated yeast. A little sugar, a little salt, and warm water are involved in activating the yeast. Once the dough is made, it’s separated into what is known as “pats” for the sizes of pizza you sell.

Once you shape the dough pat into the size of your pizza, you spread tomato sauce on it, sprinkle cheese on it, then top it with meats, veggies, and fruit (pineapple.) Send it through a five to six hundred degree oven for around eight minutes, and what comes out is a tasty thing of beauty.

Pizza isn’t deep-fried, so there are no trans-fats. Pizza ingredients aren’t frozen. The only things frozen on a pizza truck are the wings. Pizza is cooked in an oven that operates much like an air fryer with convection heat. 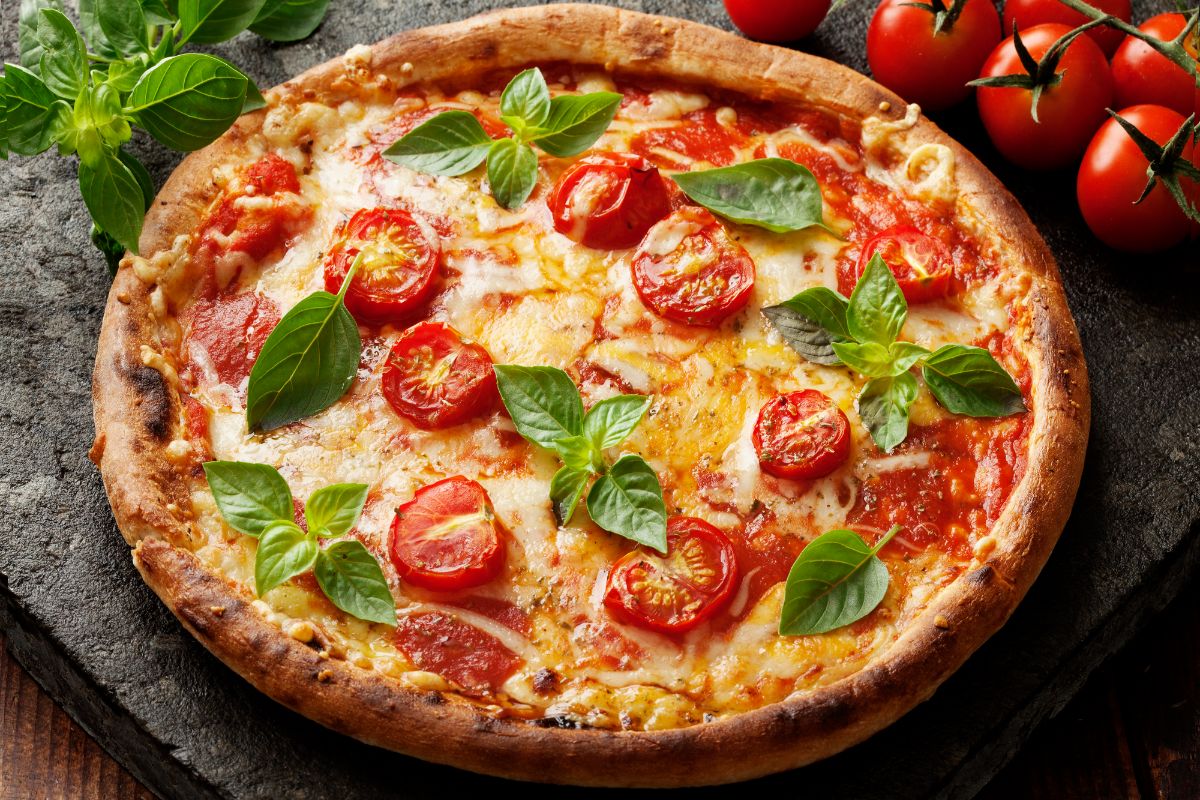 Pizza doesn’t contain more salt than a salt mine in Utah. The crust is all about carbs, but that’s balanced out by the proteins in the meats and the nutrients in the vegetables. Everything on a pizza comes off the truck fresh.  I sliced vegetables for 15 years, so you can bet when I tell you a pizza is healthy, you can take it to the bank.

Pizza can’t be made ahead of time and put on a warming tray to stay until it can fill an order. Pizza has to be made to the customer’s specifications. Period. Pizza dries out and turns into wood when it’s under a warming light, unless a driver comes in to take it to a customer. That’s why you won’t usually see slices of pizza for sale. No manager would waste money like that if he wants to see a bonus at the end of the quarter.

A statement is being made when everybody from gas stations to convenience stores to former strict sub shops sell slices of pizza. You don’t even have to call Domino’s, Pizza Hut, Papa Johns, Pizza Boli’s, Three Brothers, Uno’s, or Chicago Pizza and Grill, and I could list these for a week. Just drop into your local convenience store, hit the deli, and walk out with a slice of pizza.

Almost every town in the country has pizza places run by families tucked away in tiny little corners of Main Street. They’re the kind you have to wrap your fingers around cheese on their pizzas a couple of times to separate it from the box.

They’re the kind who cuts the pepperoni off a pepperoni stick, the sausage is freshly crumbled, and the veggies are hand-sliced. This is a better statement to make.

Why Pizza Is Not Fast Food? 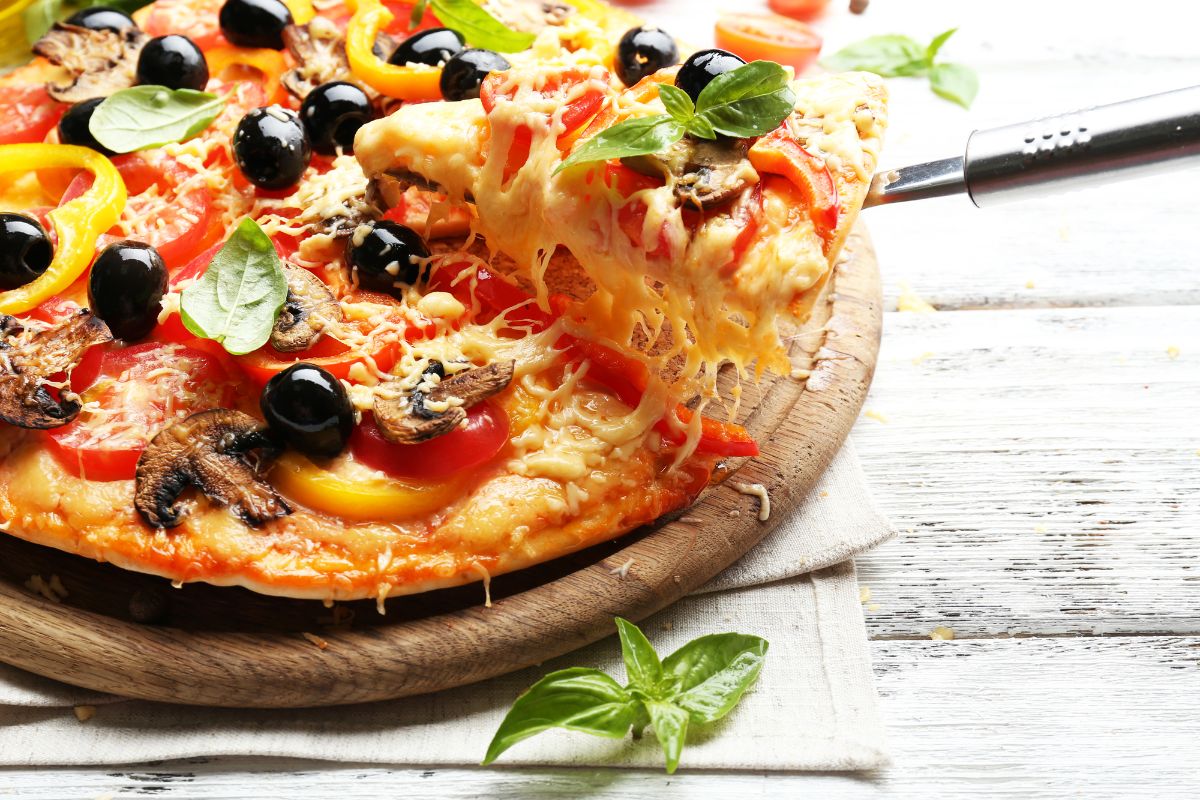 I spent quite a few years in the Savannah to Statesboro (home of Georgia Southern University) portion of southeast Georgia. There is a restaurant there called Zaxby’s. It’s billed as “good food fast.” The restaurant is surrounded by burger joints, barbecue places, and of course, fried chicken, but Zaxby’s always has a line around the building (sometimes twice around.) Yeah, it’s that good.

I use this example to explain why Zaxby’s chicken, sandwiches, sauteed mushrooms, and other food aren’t fast food. Your order is cooked the way you want it and brought to you by an employee. You can stand at the counter and watch them cook it. Everything (everything) is grilled. Your food arrives fresh and hot, not from under a warming light.

Pizza is cooked to your order and brought to you fresh and hot. Not one thing is deep-fried. The vegetables including tomatoes and spinach, chicken, beef, and lamb used for gyro pizzas, and pineapple are the healthiest parts of the pie. For an even healthier pizza, ask for a thin crust instead of regular or deep dish.

Chips, crackers, cakes, chocolate, sweets, sweet drinks like cola, processed “foods” like hot dogs, mac and cheese, and much, much more are considered junk food. Although they taste good, there’s nothing of substance in them. They’re usually deep-fried, made with processed white flour and sugar, cooked in trans-fats, and contain staggering amounts of sodium.

Pizza is known as a “complete food,” meaning that it contains all the healthy things in the food pyramid, such as carbs, proteins, fats, vitamins, and a reasonable calorie count. Pizza is part of the Mediterranean diet, and it wouldn’t be if it were true junk food.