I love pizza. It is a filling and delicious comfort food after a long night out. However, it can also be made gourmet style and served as a proper meal for dinner guests. I have enjoyed the dish in both capacities and have not been disappointed.

The sauce is the most important feature of a pizza. I have had occasion to try many different types of pizza sauces; some I have made myself; others have been made for me by friends or at a pizza restaurant or deli I happened to visit.

As you can imagine there are many different types of pizza sauces. In the list below, I go from the more traditional and familiar types of sauces to the more experimental alternative types of sauces. The latter far outnumber the former, as they combinations of seasonings and condiments from a wide range of culinary traditions.

What is Pizza Sauce?

Pizza sauce is not the same as pizza toppings. Pizza sauce is the flavor-filled liquid mixture that goes on top of the bread crust. It is an essential part of the base of a pizza.

The toppings are the last things added to the pizza such as cheese, pepperoni, ham, burger meat, etc. The sauce does the most work to add flavor to a pizza. Most sauces are savory. However, there are sweeter sauces for people with that sort of palate.

These sauces are familiar to most people. They are flavored with ingredients such as garlic, onion, oregano, basil, and other herbs and spices. For those who prefer the traditional taste of tomato-based red sauce, the following will do the trick: 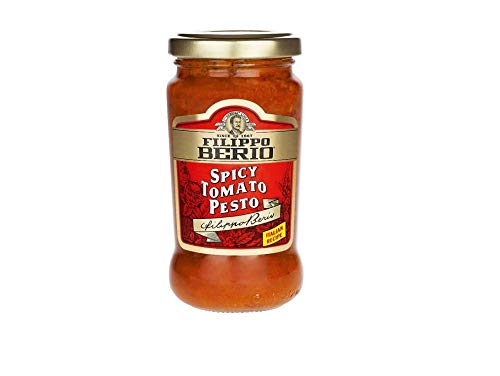 This sauce tends to be made with ragu that is made by hand or comes from a store-bought bottle. Spicy peppers can be added to give the sauce even more of a kick. It is the perfect red sauce for sausage, mushroom, and bacon toppings. 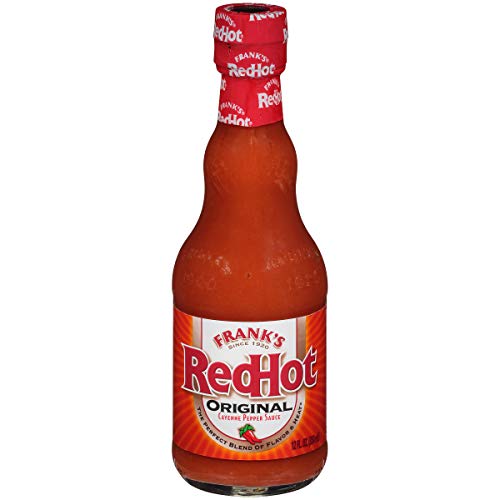 This type of pizza red sauce can be made from roasted red pepper, cayenne pepper, black pepper, or red pepper. It all depends on how hot and spicy you want it. This sauce works best with chicken, steal, bacon, and mushroom toppings.

A great many people like the taste of these non-tomato-based pizza sauces, which is why I have added them to my list. These two in particular have a charged and savory flavor that enhances the taste of pizza. They complement a range of cheeses and toppings. 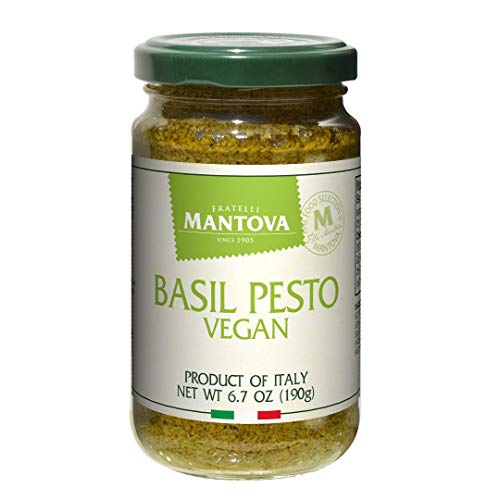 This sauce is made olive oil, garlic, parmesan cheese, roasted pine nuts, and basil. Because the taste is so overwhelming (but delicious!), it is best to put it on a plain cheese pizza. I will also note that there are different ways to make pesto. You can swap out pine nuts for walnuts. You can also add spinach or garlic cloves. I also recommend a dash of lemon.

See also  Can You Use Passata As Pizza Sauce? 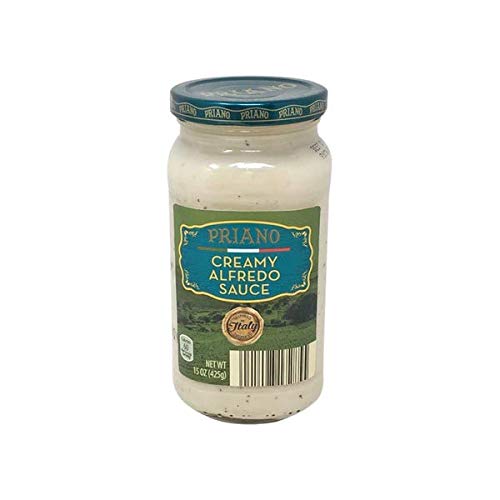 Made from butter, heavy cream, cheese, and pepper, this sauce goes well with olives, artichoke hearts, and roasted peppers. It is the kind of sauce that you would want to use with chicken, mushroom, or bacon toppings. It also goes well with sun-dried tomatoes.

The following sauces challenge the very notion of the term pizza sauce. The first few are within the realm of familiarity. But I have added a considerable number of sauces that are so far out of the mainstream as to be scarcely conceivable as pizza sauces.

However, it is important to keep in mind that unconventional sauces are not necessarily bad sauces. All the sauces listed here are delicious, regardless of the fact that they break boundaries. 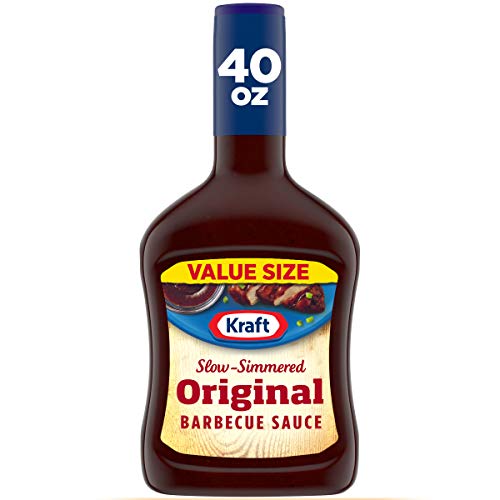 This does not differ so much from tomato-based red sauce. Barbeque sauce can complement a pizza as well as it can ribs or chicken. 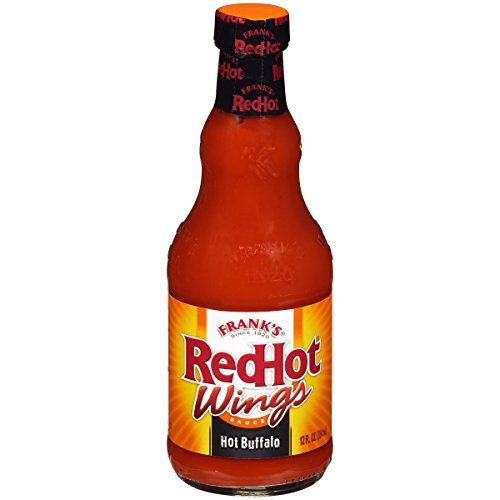 Most wing sauces are made of hot sauce, butter, vinegar, and spices. The fact that hot wing sauce goes so well with chicken and mozzarella cheese makes it perfect for a pizza with those toppings. 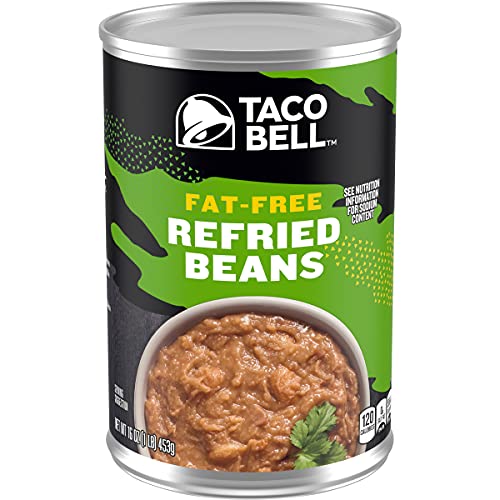 This is a specialty sauce. It is meant to go with taco pizza. Yes, there is such a thing. Taco pizza uses salsa and refried beans in place of traditional sauces. It is usually topped with Mexican-seasoned beef, cheese, lettuce, and diced tomatoes. 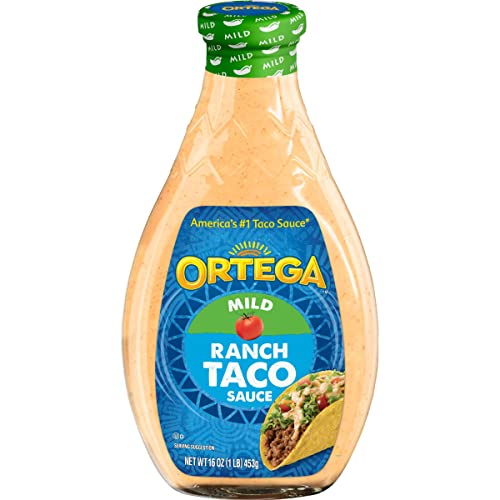 I recently learned of this type of sauce from a Midwestern friend of mine. Apparently, it is popular in that region of the country. The sauce is great with chicken and bacon pizzas. It is the tanginess of creamy ranch that people find so appealing. 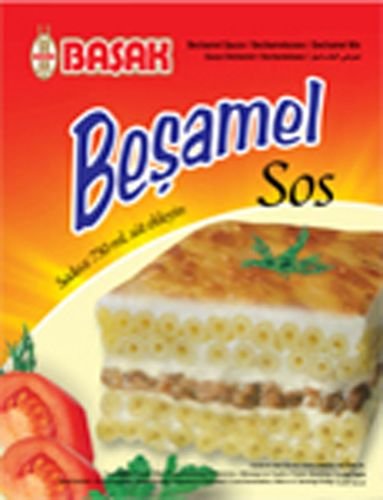 This sauce is made with flour and butter and cooked with milk and seasonings. It is a great white sauce that is perfect for people who don’t care for tomato-based sauces. 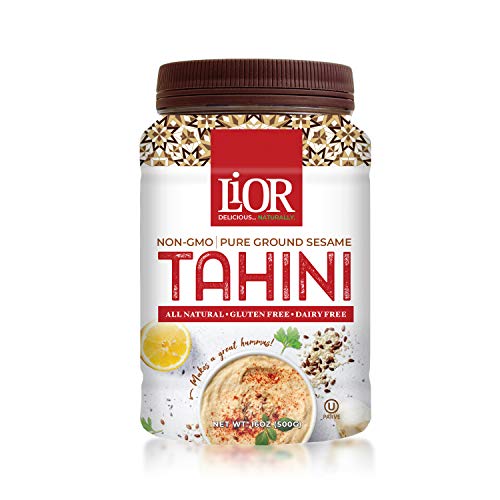 This condiment seems to be everywhere nowadays. Although it most commonly eaten with pita bread and celery sticks, it has also a great way to enhance the flavor of a pizza. It will certainly add a good dose of protein and nutrients, and it goes well with onions, olives, peppers, and feta cheese. 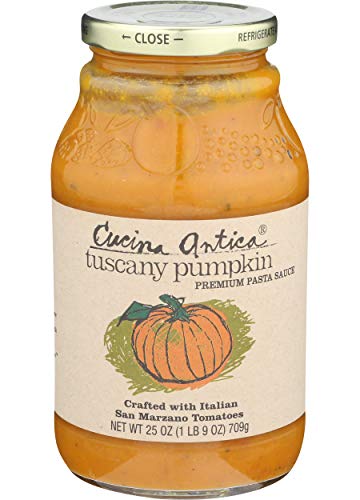 If you do not care for tomatoes and peppers but still like the taste of red sauce, this is a good alternative. Pumpkin and beet puree is something you can pick up in a grocery store. The beets add sweetness and a red color to the sauce. You can spice it up by adding garlic, basil, and other spices.

This sauce is made of a North African chili paste. I have personally tried it on pizza and it is delicious. It must be made from scratch. This is done by cooking and pureeing carrots, and then blending the puree with harissa, garlic, and spices. 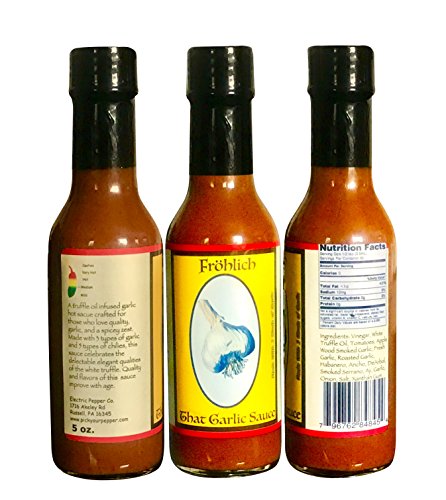 Simple and uncomplicated. It is made of minced garlic, olive oil, and salt. The only thing you have to worry about is garlic breath afterwards, as there will be no offsetting flavors.

This is a great condiment on cheese bread, so why not put it on a cheese pizza? You can add sweet peppers to enhance the flavor. 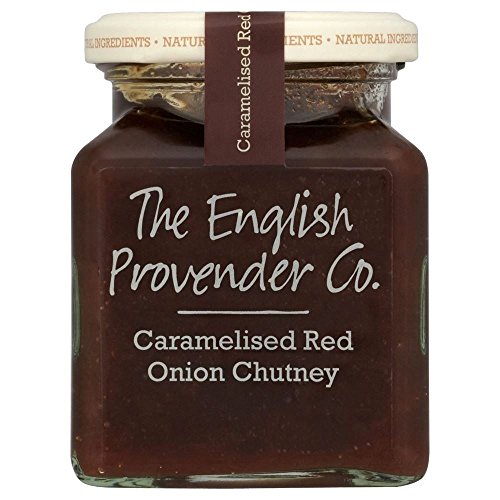 This is made by slow cooking onions until they are brown. To complete the sauce, add balsamic vinegar, feta cheese, spinach, and mushroom. This type of sauce goes well with a sausage or prosciutto topping.

You can get this sauce by spreading a thin layer of ricotta cheese on your pizza crust and squeezing lemon and ribbons of basil. Then add grilled vegetables and chopped tomatoes. 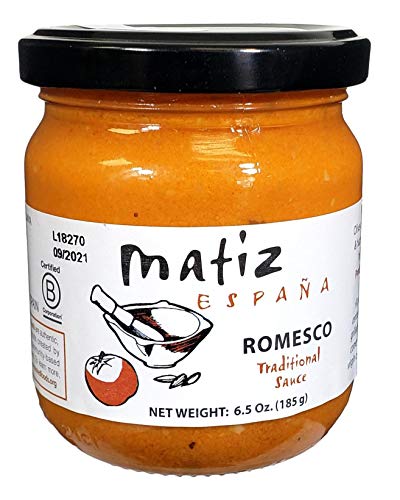 The sauce is made of tomatoes, roasted peppers, paprika, and almonds. It goes well with chicken, shrimp and vegetable toppings.

This is a potent blend of parsley, oregano, garlic, and olive oil. The sauce is a perfect complement to a thinly sliced steak topping. 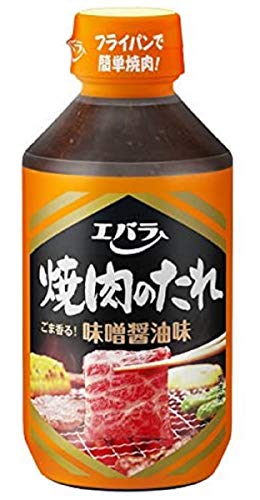 This is a great sauce for those who want to replace tomato-based sauce with a different kind of savory flavor. It goes well with ham and pineapple pizza. To get the best blend, mix two tablespoons of white miso with one tablespoon of soy sauce and one tablespoon of brown sugar.

You make this sauce by boiling down one-fourth cup of balsamic vinegar until it is thick and syrupy. You must then brush the sauce over the pizza before you put on your topping of choice.

Have you ever tried pizza topped with Peking duck? If not, then you are letting one of the best things in life pass you by. This sauce is the one that you should use with this type of pizza. It also goes well with salmon and chicken toppings. 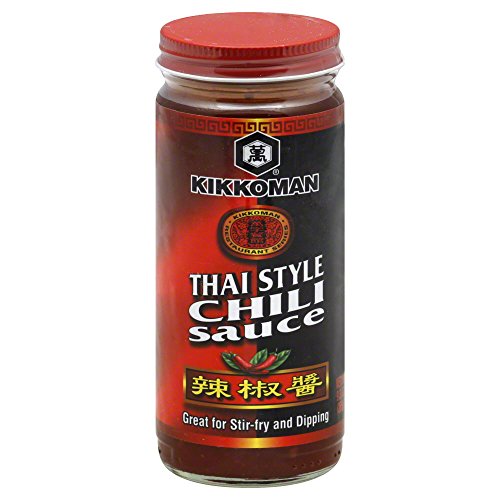 This is another great sauce for an Asian-themed pizza. It goes well with chicken, tofu, or shrimp. Topping the pizza with lots of vegetables will help bring out more of the sauce’s flavor.

This is one that you need not make from scratch. There are now so many curry sauces available in store-bought jars that you need only choose the one that suits your palate. You can use it in lieu of tomato-based pizza sauce. 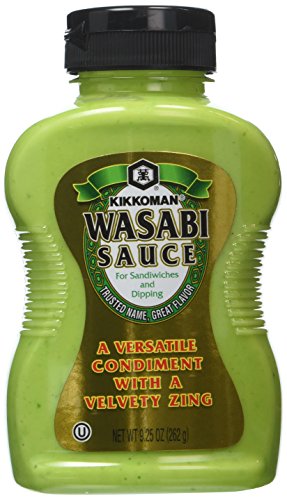 You can create a basic version of this pizza sauce mixing bottled wasabi sauce with a top-quality mayonnaise, sesame seeds, and micro greens.

Fig jam comes in store-bought bottles. It is also possible to make your own. Goat cheese, prosciutto, parmesan, arugula, and caramelized onions are great complements to this sauce.

Pizza sauce, like pizza itself, got its start in Italy. A baker named Raffaele Esposito of Naples is credited with making the first pizza pie with sauce.

The legend goes that Italian King Umberto I and Queen Margherita visited Naples in 1889. Esposito was asked to make them a pizza. He made the basic pie crust and then topped layered it with fresh tomatoes, mozzarella, cheese, and basil. Today, we call this a Margherita pizza, and the sauce that goes on it is still made with the same ingredients used by Esposito.

The first pizzeria in the United States was opened in 1905 by Gennaro Lombardi. He established his restaurant at 53 Spring Street in New York City. He used the Margherita sauce pioneered in Naples on his pizzas.

See also  Can You Make Pizza Without Sauce?

This sauce became even more popular in the following years as waves of Italian immigrants moved to Spain, France, Britain, and the United States. They brought the sauce recipe with them. However, it remained limited to the neighborhoods in which they settled.

The sauce did not gain nationwide popularity until after World War II. Returning soldiers looked for the food they had grown to love while fighting in Italy. Since that time, pizza has become a mainstay of the American diet. It has also become a major part of the food industry in America, which has helped globalize it.

The variety of pizza sauces continued to grow. Today, the tomato-based red sauce pizza originally made by Raffaele Esposito remains the most popular type of pizza sauce. However, the various sauces listed above are gaining ground in the public imagination and palate.