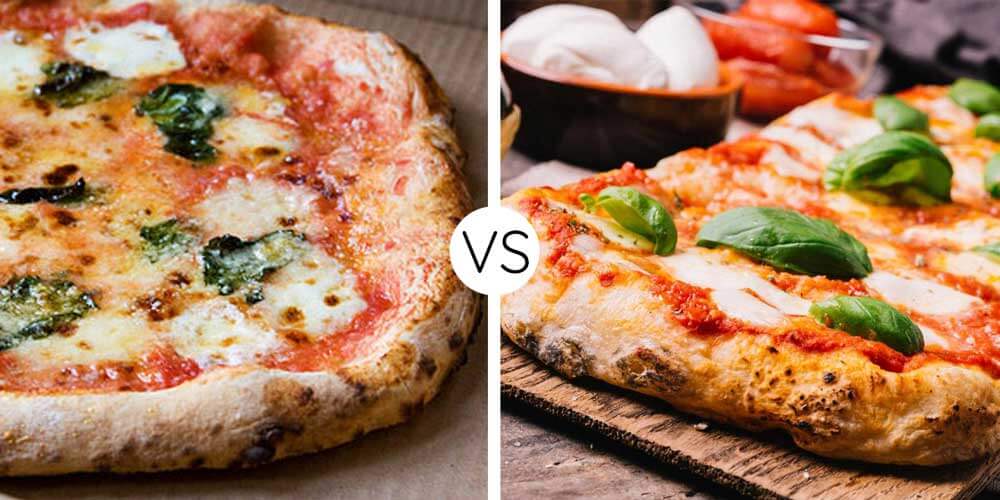 Pizza has a very long story, as the first Pizza was made in the year 1800s in Naples, Italy. Pizza is the world’s favorite fast food.

Ever since, chefs from all around the world put their own opinion on this popular pizza recipe, each bring in something brand-new innovative technique and fascinating method to serve Pizza on the table. Whether it’s a Chicago-style pizza or a Neapolitan pizza or a Sicilian style pizza or a California flatbread topped with calamari and basil pesto sauce, Pizza has taken on various kinds because of its initial creation, specifically when it comes to the Crust.

Fundamental to both a pizza and the recipe used for preparing Pizza, the Crust plays a crucial role when it comes to the taste, appearance, thickness, and topping choice of the Pizza. It likewise affects preparation, baking, appearance, and presentation. It’s no surprise that the Crust is the stimulant for the pizza technology.

For pizza manufacturers who are producing or increasing their food menus, explore different crust types to create passion as well as buzz around their menu items, and also attract new customers.

In this guide, we’re about to find out the difference between Neapolitan and Sicilian Pizza?

What is Neapolitan Pizza?

Neapolitan Pizza, or pizza Napoletana, is a kind of Pizza that came from Naples, Italy. This style of Pizza is prepared with simple and fresh ingredients such as standard dough, fresh mozzarella cheese, raw tomatoes, fresh basil, and olive oil. No other external toppings are allowed during the making of Neapolitan Pizza!

One of its characteristics is that there is frequently much more sauce than cheese. This leaves the centre portion of the Pizza wet or soggy, which makes it difficult to offer a slice. Due to this, Neapolitan pizzas are normally pretty small (approximately 10 to 12 inches), making them closer to the dimension of a personal pizza. Neapolitan pizzas are additionally prepared at extremely high temperatures (800 F to 900 F) for not more than 90 secs. You can get such temperatures in a wood-fired pizza oven or commercial wood-fired pizza oven.

What is Sicilian Pizza?

The original, genuine version from Sicily comes from Palermo and is called sfincione, which freely equates as “thick sponge.” Sicilian pizzas have a fluffy, spongy bread base topped with a meatless sauce made from tomatoes, herbs, onions, as well as anchovies, which is covered with breadcrumbs and an optional grating of hard cheese.

Sicilian Pizza is baked in a square tray in a commercial pizza oven. Traditional sfincione (Sicilian pizza) does not make use of mozzarella cheese because a lot of the milk produced in Sicily originates from lamb and goats. You will locate sfincione generally offered in bakeshops or panificios. You can prepare these pizzas even in an electric oven like Presto Pizzazz Pizza Oven.

Both these Pizza are different from each other; nevertheless, the major difference in the two has to be the fact that the Neapolitan pizzas come with a thin crust with some toppings.

Baking Sicilian Pizza does not require a wood-fire oven, although that food preparation treatment can generate the best outcome. Unlike Neapolitan, Sicilian Pizza just needs 425 – 600 degrees F to be baked. So, you can utilize your regular home oven and make Sicilian Pizza.

Under severe temperature levels within 900 – 1000 degrees F, a Neapolitan pizza will cook up to 90 secs. When the mozzarella cheese starts to bubble, and the underside of it began to show charred places, due to that indications, you will get to know that the Pizza is baked.

In a 425 degrees F, you’ll require around 15 to 20 minutes to cook a Sicilian pizza in the pizza oven. Nonetheless, if you’re using an outdoor fireplace oven, then the Pizza should be prepared in just 90 secs.

A Neapolitan Pizza is usually 11 to 12 inches rounded and is not typically served in pieces due to its soggy core.

On the other hand, a large-sized Sicilian Pizza determines 16 x 16 inches and also it is offered in 9-slices or 15-slices dimension.

The ingredients of these Pizzas are not a lot different from each other; nevertheless, the reality that you are preparing them at different temperatures and different thickness of crust is what matters.

There is a difference in the quality of the dough; the Neapolitan Pizzas needs a really top-notch flour while the Sicilian Pizza can be made with regular flour. The Neapolitan dough merely is made from flour, yeast, salt and water without any flavor-enhancers or preservatives added. (Note: When making the dough for Neapolitan Pizza, only use Italian flour quality 00 or Tipo 00 flour). If you are using store-bought dough, than choose the best that suits each pizza style.

The sauce used on the Neapolitan Pizza can be homemade as you need to make it with fresh tomatoes (preferably San Marzano tomatoes) to be sure that it can get that taste. Neapolitan Pizza is everything about making the Pizza with the most effective and top quality pizza sauces along with fresh ingredients.

Do not hassle yourself in finding San Marzano tomatoes because any tomatoes can be used in a cooking sauce for Sicilian Pizza. This Pizza consists of a tomato sauce that is thicker in consistency and in addition to that, you can add some anchovies as well as a few other toppings. If you wish to have a combination of creamy and cheesy flavour on your pizza, you can try out one of these Alfredo sauces.

Sicilian and Neapolitan pizzas, both are the classic style of Pizza coming from the same country of origin. Both the Neopolitan and the Silician Pizzas are one of a kind in their own way, despite their deep-rooted similarities, each is unique and different in their way and also relies on which one you like the most.

The Neapolitan Pizza is growing in popularity as well as individuals are customizing it by adding a few toppings on it to provide much more variant and a different taste. The Sicilian Pizza more or less seems like any other pizza with a variation in toppings and shape. So, if you are someone who would like that kind of pizza, then go for it.

There are so many different kinds of pizzas out there already that you are most likely going to take a while to try. Basically, pizzas have now developed so much that people simply wind up combining Thin Crust or a pan pizza with a Thick Crust.